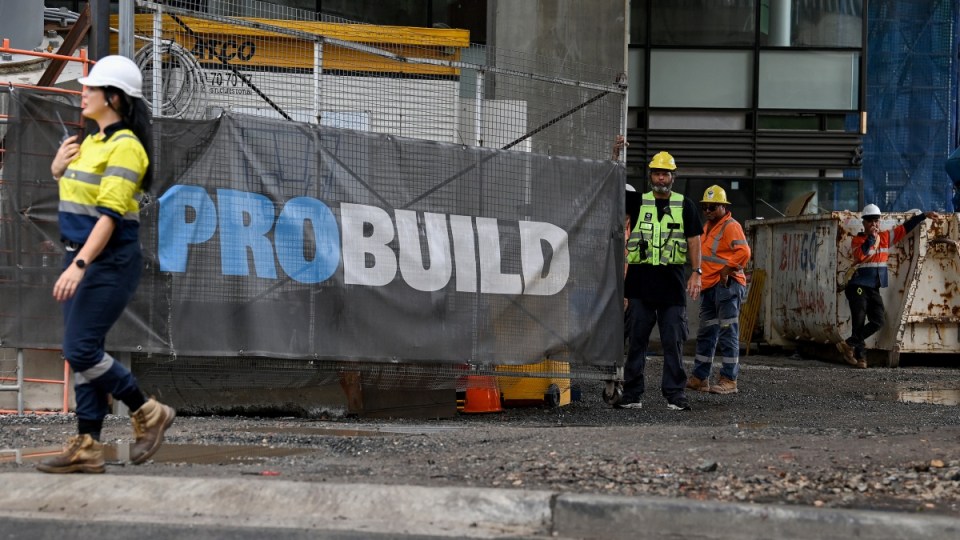 Probuild owes $14 million to its workers and unknown amounts to more than 2300 creditors as the Federal Court was told the embattled building construction giant is in a “nightmarish” situation.

More than 1000 directly employed workers’ livelihoods are in jeopardy — along with contractors and sub-contractors across a long supply chain — after the firm was placed into administration by its South African parent company last week.

Barrister Hamish Austin, acting for Probuild administrator Deloitte, on Wednesday told the Federal Court that 786 workers across 19 different projects were out of pocket.

He said the best-case scenario was to maintain operations while a buyer was sought.

But he said administrators needed more time to identify who owned all sorts of things from tools and scaffolding to leases.

“The mind boggles at the amount of work the administrators are required to get across,” Mr Austin told the court.

“And you’ve got the nightmarish prospect of construction projects ongoing in real time, (with) any disruption likely to be extremely costly.”

Mr Austin added that about 300 more creditors had been identified this week who appeared unaware of a planned meeting on Friday relating to the administration.

“We don’t want a meeting where we have a significant body of creditors who aren’t present,” he said.

Justice Jonathan Beach granted an extension for the administrators to locate all relevant property and creditors.

Two other businesses under WBHO Australia — Monaco Hickey and WBHO Infrastructure — were also placed into administration.

Deloitte is planning a sale and recapitalisation process to secure a new owner for the businesses.

“The protracted effect of COVID-19 has delayed any meaningful economic recovery and procurement activity in Australia,” the firm said.