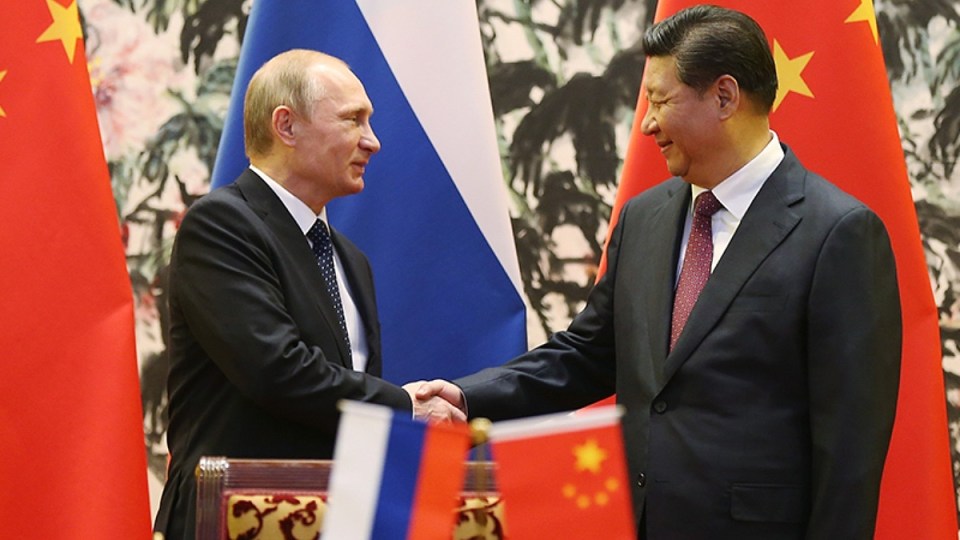 The unity of the Bear and the Dragon is a bad sign for the Morrison government and the West, Michael Pascoe writes. Photo: Getty

During the Winter Olympics, the headlines suggested America had succeeded in undoing Henry Kissinger’s Cold War achievement of strategically weakening Russia by engaging with China.

For Kissinger, Europe was always the main game. Thawing the frozen relationship with China was a step along the path of defeating the Soviet Union.

Yet 51 years after Dr Kissinger’s secret China visit, the photographs and certainly the headlines in our local Sinophobe newspapers suggested the Bear and the Dragon were back in a close embrace.

What a monumental failure of diplomacy, of American arrogance.

Yet China, our main trading partner, the one the present government is incapable of having ministerial dialogue with, chided (albeit gently) Russia over its invasion of Ukraine.

And India, our alleged ally and partner in the anti-China “Quad”, refused to utter a word against its good ally, Russia.

If mine enemy’s enemy is my friend, what happens when my
friend’s friend is my enemy?

Fortunately for us, Australia doesn’t rate a blink in Vladimir Putin’s universe, as demonstrated by Tim Harcourt’s APEC reminiscence.

But the tragedy in Ukraine highlights the pathetic farce that is our little domestic political sideshow – the desperate Morrison government behind in the polls, trying to wedge Labor as soft on national security.

There were two areas in which conservative governments traditionally enjoyed better public polling than Labor – defence and economic management.

It has lost that perception about economic management and thus has attempted to rattle the sabre hard.

The efforts to that effect by Mr Morrison and Mr Dutton in the last week of Parliament were simply embarrassing.

The attempted “Manchurian candidate” smear smacked of the desperation of which it was born.

Trying to turn an article in China’s Global Times by a former Australian diplomat into a “Reds under the beds” scare smacked of desperation. It seemed they either hadn’t read the article or understood it.

Australia, of course, barely rates as a sideshow ticket seller in the Great Game, however much a passing Prime Minister might try to ingratiate himself.

Ceding our defence equipment sovereignty to the United States, buying things to primarily suit the interests of the seller rather than the buyer – new tanks of no practical defensive use in Australia being but the latest example – is as naff as having an Australian fuel reserve in the form of a few days’ supply of crude oil sitting on America’s east coast.

(The inimitable satire of HG Nelson and James Valentine on Sydney’s ABC 702 may have been too close to common sense in recently suggesting our new tanks could be most usefully kept in the US and deployed from there.)

Australia’s best interests would be served by attempting to normalise relations with China and thus being in step with the rest of the world – rather than being out in front of the mob waving a flag that says “kick me”, betraying our own best interests for cheap domestic political consumption.

China will be China – it wants its defensive assets as much as the United States insists on its own sphere of unchallenged security.

At some point, the US will realise it has to accept China’s rise, just as Britain had to accept America’s rise.

The attempts to contain China by bifurcating the world, will end up weakening the West and not preventing the inevitable.

Australia’s self-interest is not to grandstand in the path of history, but to work along with it, to achieve the best possible outcomes.

The new Chinese ambassador to Australia has offered the hint of an olive branch on the occasion of honouring an Australian policewoman who died while trying to rescue a Chinese national.

The Morrison government is incapable of picking up that branch. It doesn’t want to for base domestic political reasons.

Never mind a “Manchurian candidate” – a government that puts its political ambitions ahead of the national interest is guilty of its own form of treason.