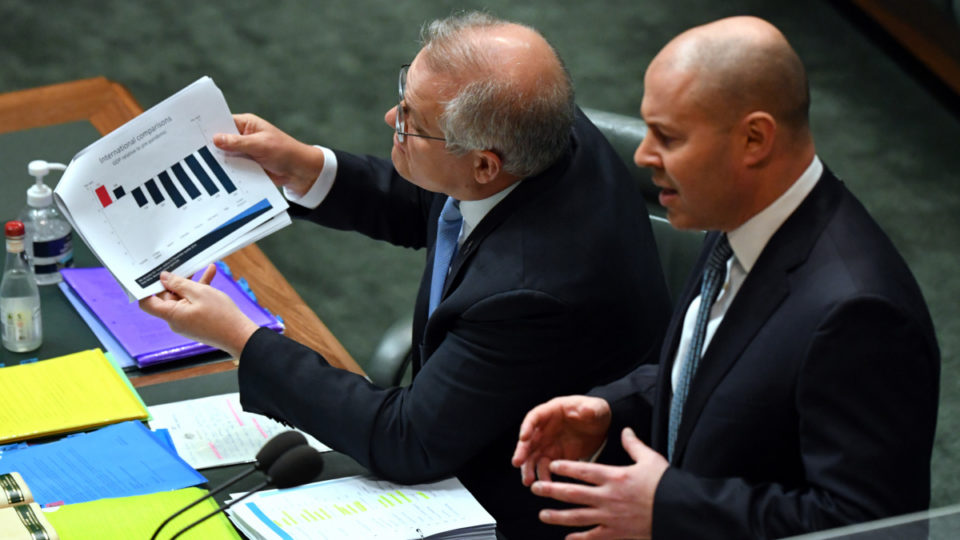 The Morrison government’s hallmark of making big announcements but failing to deliver looks bad – broken promises being a subset of a reputation for lying.

But the intent behind many of the failed deliveries looks even worse.

The obvious example is the government’s failure to deliver “a new Commonwealth Integrity Commission” some 1165 days since Scott Morrison specifically promised one.

Heck, the government hasn’t even been game to debate such a body.

The prospect of it ever happening has been kicked somewhere down the road, its fate appearing to rest on the outcome of the May election.

Big announcement, no delivery – but why? The easy explanation is that the government is scared of what such a body might find.

Thus the intent – to allow corruption to continue – is worse than the simple failure to deliver a policy promise.

If you accept my premise, there are plenty of other “interesting” examples.

How about the Coalition’s promise in 2016 and again in 2018 to introduce a beneficial ownership register – a major missing tool in fighting money laundering and stopping hundreds of millions, perhaps billions, of corrupt and criminal dollars being invested here?

The lack of such a register was a key element in Four Corners’ October story on the Pandora Papers.

It was reasonably argued that the corrupt and criminal money holidaying in the Australian real estate market plays a role in inflating prices, making it harder for honest folk to buy a home.

So what might be the intent of the failure to deliver on such a commitment?

The first law of finance journalism is “follow the money”.

Lobbies that have the Morrison government’s ear don’t want a beneficial ownership register and don’t want any expansion of the entities required to report suspicious transactions.

Take the idea a step further in gauging the character of the government by considering what team Morrison wanted to do but was prevented.

For example, the government originally wanted to exclude administration fees in its Your Future, Your Super legislation.

That would have disguised the real costs of investing in profits-for-shareholder retail super funds, making such funds look less worse than they are when compared with average industry funds – and potentially costing Australians billions of dollars.

That was too outrageous to be acceptable to the Senate. You might reasonably wonder about the intent to even attempt it.

Well, it certainly would have suited the Liberal Party’s long-term friends in the Financial Services Council, the body representing the banks and profit-for-shareholders super funds.

And there has been another example this month, with the Morrison government too busy pursuing a religious discrimination wedge and hunting for reds under beds to present its Compensation Scheme of Last Resort (CLSR) bills to Parliament.

The CLSR is supposed to provide some compensation when all else has failed for people dudded by financial misconduct.

Most typically, it would provide some cash when none could be obtained from the guilty party because said party had folded.

The Sydney Morning Herald’s Adele Ferguson has long followed the sorry tales of scammers, con artists and incompetents making off with innocents’ money.

She neatly summarised the Morrison government’s latest failure to deliver on an announcement: “It was a single recommendation: Pass both bills. But in the dying days before the federal election, it was ignored, leaving victims of financial misconduct left high and dry on the political scrapheap in another week of political mudslinging and point scoring.”

CLSR has been a long time coming. It’s normally attributed to one of the recommendations of the Hayne Royal Commission in 2019, but it was already a recommendation of the Ramsay Inquiry in 2017.

And the bills that the government couldn’t be bothered passing were already watered-down versions of those recommendations.

The glaring omission of intent in this non-delivery was compensation for dud (or worse) managed investment schemes (MIS).

The most notorious examples of MIS scandals were Great Southern and Timbercorp – tax-driven rural schemes that sucked in billions of dollars – and the perpetrators basically got away with it.

There was plenty of blame to go around for the losses – greed, Howard government policies, the siren-call of a tax lurk, fat commissions for those selling the dud products, the design, management and governance of the schemes.

And MIS continue to be a problem.

Earlier this month Australian Financial Complaints Authority figures before a Parliamentary Committee showed MIS operators and fund managers accounted for 34 per cent of complaints with determinations in favour of the complainant.

Not surprisingly, AFCA has long wanted MIS included in the CLSR legislation.

“In our view, it is important that the CSLR also covers managed investment schemes (MIS),” AFCA submitted two years ago.

“This is due to: The potential for unpaid determinations and consumer detriment to flow from this group; the involvement of other financial firms or their subsidiaries in the funding, distribution or other arrangements with MIS; and funding contributions to a scheme across the whole ‘value chain’ would support increased accountability of all participants, including MIS operators.”

But the Australian Banking Association has argued for even longer that MIS should not be included, submitting in 2017: “The ABA believes that the scope of coverage of the scheme can only extend to financial advice from a financial adviser and that it would be unacceptable from a prudential risk perspective to include other financial services and products, in particular, managed investment schemes.”

What the ABA did not spell out is that its members would be paying most of the cost of CSLR.

So what was the intent in the bills the government didn’t deliver? MIS were excluded.

Unvaccinated Pauline Hanson has COVID
‘Should have been a penalty’: Boy crash-tackled by PM gives his verdict
Amber Heard’s sister and friend give evidence
Russian Google to file for bankruptcy
Man arrested at NSW school for bestiality
Concern about COVID-19 deaths in aged care
Coles half-year profit slips as costs weigh
Today's Stories

Michael Pascoe: Morrison government failures to deliver are even worse than they look