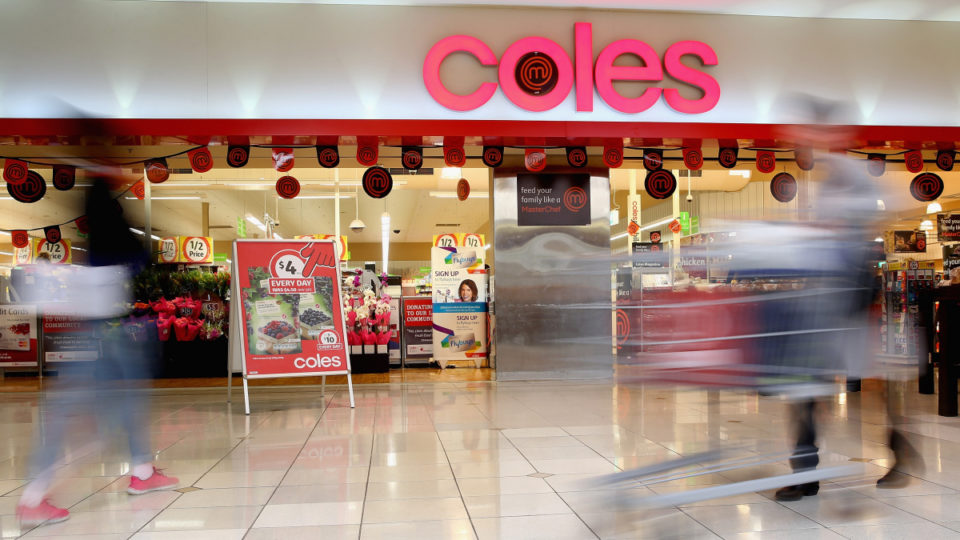 Coles has seen a significant rise in COVID-19 related costs during the half year. Photo: Getty

Supermarket giant Coles is continuing to see higher costs weigh on its bottom line, even as COVID-19 restrictions are eased, wiping off gains from elevated sales amid lockdowns in the first half of the year.

The company on Tuesday said supermarket sales lifted in early January due to the spread of the Omicron variant, before moderating later in the month.

On the other hand, COVID-19 and floods in South Australia have also impacted some sales, particularly in Western Australia.

“The disruption is significant, it’s ongoing, but we’re hoping that by Easter we’ll be able to put on a good show over there,” group CEO Steven Cain told reporters.

It had already incurred COVID-19 costs of $30 million in January, but this moderated in February.

“There’ll be a few ups and downs and in broad terms, we know from the last time that the economy opened up and restrictions eased that we are the beneficiary of local shopping unwinding.”

Coles posted a two per cent drop in first-half profit to $549 million, even though sales for the 27-week period to January 2 rose one per cent to $20.8 billion after a strong Christmas trading period in the supermarkets and liquor segments.

The retailer said its profitability was mainly hit by higher costs due to the COVID-19 disruptions, and expenses of its transformation projects

However, sales at its convenience store format Coles Express slid 8.5 per cent to $578 million following mobility restrictions due to lockdowns in the eastern states.

Earnings were hit by $150 million of COVID-related costs during the half-year, an increase of $45 million from a year ago.

Coles also incurred $20 million in relation to the Witron and Ocado transformation projects, while net costs increased by $13 million as a result of lower earnings from property operations, higher insurance costs and an increased net loss from Coles’ 50 per cent share of Flybuys.

The company kept its fully-franked interim dividend at 33 cents per share, in line with a year earlier.

Have the Logies lost their mojo, or do new awards and the rise of the streamers signal a rebirth?
‘Decimated’: Open borders aren’t a quick fix for the tourism industry, operators say
Today's Stories