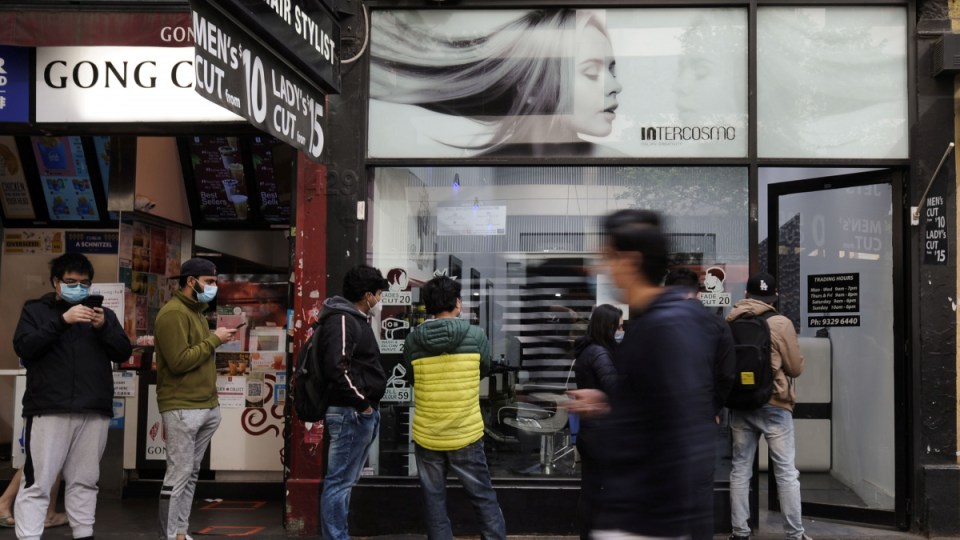 Strong demand for workers points to a further decline in the unemployment rate, backing the Reserve Bank of Australia’s prediction of a 50-year low below four per cent this year.

The National Skills Commission said online job advertisements jumped 4.4 per cent in February to 259,000 positions, the highest level since September 2008.

The commission said the level of recruitment activity remains significantly elevated compared to pre-COVID levels, up 54 per cent.

The RBA’s latest economic forecasts released last week predicts the unemployment rate falling to four per cent by June and 3.75 per cent by the end of the year, compared to its current level of 4.2 per cent — a 13-year low.

Still, such a positive outlook has failed to lift the mood of consumers.

The latest Westpac-Melbourne Institute consumer sentiment index fell by 1.3 per cent to 100.8 in February, with optimists keeping only just ahead of pessimists.

“Given that the health disruptions from the Omicron variant have eased and the labour market has strengthened it is surprising that we did not see some improvement in the index in February,” Mr Evans said.

However, the survey found two-thirds of Australians now expect an increase in their mortgage rate over the next 12 months, with one-in-four believing rates could increase by more than one percentage point.

Mr Evans said this is the most pessimistic consumers have been about the interest rate outlook since August 2011, although on that occasion rate hikes failed to materialise.

The RBA has not increased the cash rate since November 2010.

The survey comes after the RBA ditched its bond buying program at its monthly board meeting and a major speech by governor Philip Lowe where he said a rate hike was “plausible” this year.

“Those surveyed after the RBA decision and the governor’s speech mid-week were even more disposed to expect rate rises,” Mr Evans said.

Westpac does not expect the first rate rise by the RBA until August.

“At one point markets had been toying with the idea of a rate hike as early as March,” Mr Evans said.

“They have now backed off, but still expect a 0.25 per cent increase by June.”

The cash rate currently sits at a record low 0.1 per cent, where it has stood since November 2020.

Digital credit reporting agency CreditorWatch believes an interest rate rise would add to the pressures already facing small businesses after a tough start to the year because of the impact of the Omicron variant.

The latest results of its monthly business risk index paint a grim picture and suggest the Australian economy has some way to go before it shakes off the pandemic.

“If that happens, it will be another hit to small businesses. CreditorWatch is expecting business insolvencies to grow steadily this year, even if the RBA doesn’t hike interest rates.”

Business court actions jumped by 58 per cent over the three months to January when compared to the same period in 2021, a signal that insolvencies will steadily increase over 2022.

CreditorWatch said this is an indication that large creditors such as banks and the Australian Taxation Office have resumed their regular collection activities, after showing leniency during the height of the pandemic.

Demand for workers highest since 2008