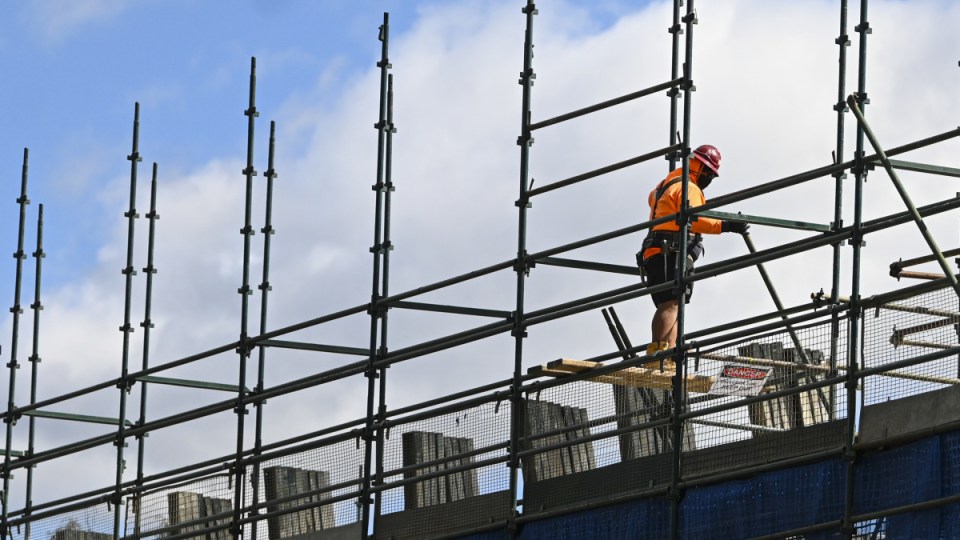 Business investment is tipped to rise over the next few years but it won't all be smooth sailing. Photo: AAP

Business investment is expected to soar over the next few years, buoyed by government infrastructure projects, especially in transportation.

However, Deloitte Access Economics warns there are long list of challenges facing investment, not least the current Omicron outbreak.

“The pandemic is far from over and the resultant uncertainty will continue to weigh on business decision-makers as they decide the ‘when’ and the ‘what’ of any future expansion plans,” Deloitte Access Economics partner Stephen Smith says.

“That suggests that there’s a pandemic ‘tax’ on investment expectations that may be slow to dissipate.”

He said contractors are already facing some significant challenges with last year’s Delta lockdowns having created a backlog of work, while tight borders and a highly competitive global market are making it difficult to get workers from overseas.

There is also a large pipeline of residential construction activity in Australia which is creating additional competition for workers, and global supply shortages are leading to large increases in the cost of building materials such as timber and steel.

“These factors, along with Omicron-related risks, make it harder than ever for contractors to deliver projects on time and on budget,” Mr Smith said.

In his quarterly Investment Monitor, Mr Smith also points to an expected rise in interest rates adding to costs and China’s property slowdown having implications for Australian mining and energy industries.

And while the federal government boasts of its tax incentives, such as accelerated depreciation, Mr Smith said they tend to change the timing of investment spending, rather than add to it overall.

Despite these concerns, Mr Smith expects business investment to grow in 2022 before accelerating in 2023 and 2024 – adding almost two percentage points to economic growth over this period.

The value of publicly funded infrastructure projects under construction is forecast to surpass $310 billion in 2022, a 50 per cent increase from current levels, and almost 150 per cent higher than a trough in 2015.

“The rapid growth is almost entirely down to the transport industry, with the value of transport projects set to surpass one quarter of a trillion dollars over the coming years, up from a low of less than $50 billion in 2014,” he said.

As of the December quarter there were $846.4 billion worth of investment projects on the books, according to the Investment Monitor.

This was a $53.4 billion increase on the previous quarter, or 6.7 per cent, taking projects to the highest level since late 2014.

Of these, the value of definite projects – those under construction or committed – increased by $72 billion over the quarter to $403.3 billion.

The value of planned projects – those under consideration or possible – decreased by $18.6 billion over the quarter to $443.1 billion.