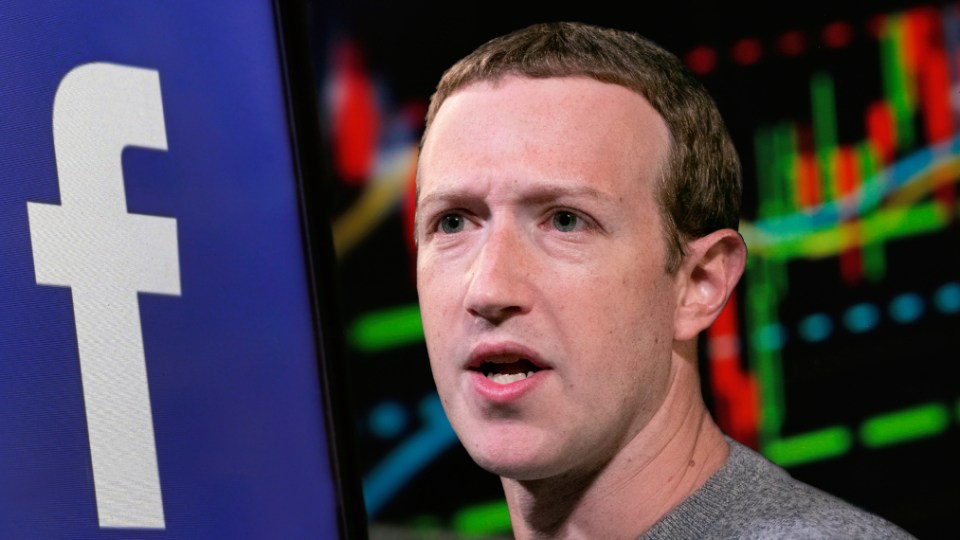 Mark Zuckerberg and his social media brainchild have suffered a rough start to the year. Photo: TND/Getty/AAP

This week’s massive Facebook downturn may be just the start of the problems for Mark Zuckerberg’s revamped Meta Platforms, with fears Instagram could take a hit as users migrate to ‘cooler’ social media platforms.

Billions were wiped off the value of Facebook’s parent company, Meta, with investors shaken by annual results that showed a dip in new users, questionable investments and a damaged reputation.

Tama Leaver, Curtin University professor of internet studies, described the decline as an “unprecedented moment” for the social media giant.

So what happened to the Facebook phenomenon, and what does it mean for Mr Zuckerberg’s Meta gamble?

What happened and why?

Mr Zuckerberg still has tens of billions of dollars to fall back on, but the sudden major decline in the value of Meta might not have an easy fix.

One of the biggest factors that has stockholders running scared is the fact that the growth of Facebook, Meta’s tentpole product, is not only stalling – it’s declining.

For the first time since its inception 18 years ago, Facebook has lost users.

The decline has been steep, as the platform lost about half a million users internationally over the last three months of 2021.

This suggests Facebook has passed its peak and become globally saturated, which likely means new users won’t be flocking to the platform any time soon.

Dr Leaver said that although the company still made a lot of money in the past year and had plenty of users left, the drop in daily active users has shaken faith in social media being the “golden child” of technology that will grow forever.

“It’s almost been mythological that Facebook has managed to grow quarter-on-quarter, basically since its beginning,” he said.

Investors are also concerned with the big spending on Mr Zuckerberg’s new focus – the metaverse (the inspiration behind the company’s recent rebrand and name change).

At the time of the rebrand announcement last year, Mr Zuckerberg labelled the virtual metaverse “the next frontier”, just like social networking when Facebook got started.

Meta has invested heavily in its new pet project, throwing more than $13 billion in 2021 at its Reality Labs division, which develops virtual and augmented-reality hardware.

But Reality Labs had been losing billions in net revenue since 2019.

Dr Leaver said it is difficult to say whether the company’s gamble on the metaverse will pay off long term, but it definitely isn’t right now.

If it doesn’t work out, the entire company will look “ridiculous” – and things aren’t looking promising, he said.

He said it might be time for Mark Zuckerberg to hand over the reins to the company he built, and work on his metaverse products and vision separately.

“The metaverse [is] something that has been imagined in fiction and in films, but the sort of demonstrations that Mark Zuckerberg has put together about what the metaverse might look like when it first gets released looks just ridiculous in comparison,” Dr Leaver said.

And the company isn’t cutting-back on spending, with Mr Wehner noting Meta expects a “meaningful increase” of expenses on metaverse development in 2022.

Meta is also facing an “unprecedented level of competition” on its home-turf of social media, especially from short video-sharing platform TikTok.

TikTok is currently riding a wave of popularity despite Instagram’s efforts to tempt back users with its copycat Reels feature.

“TikTok is so big as a competitor already and also continues to grow at a fast rate off a very large base,” Mr Zuckerberg said.

Dr Leaver said Instagram, which has been the “cool kid” of social media for years, is quickly losing ground to TikTok.

“The fact that it created Reels as an internal answer to TikTok, and that hasn’t been anywhere near as successful, really means that the cool factor that Facebook and Instagram have relied on for so many years has basically been inherited by TikTok,” he said.

The future of social media?

Apart from Facebook, user numbers of Meta’s other platforms are still trending up, with Instagram hitting a new milestone of two billion active users in December, a milestone WhatsApp hit in 2020.

But the US Federal Trade Commission is seeking to pressure Meta to sell Instagram and WhatsApp, claiming their acquisitions gave Meta a virtual monopoly of social media.

Dr Leaver said trust in Meta has also taken a hit after a horror year, which included a former employee coming forward as a whistleblower, and negative public reaction to its unwillingness to answer questions over privacy and policing misinformation.

“There’s a lot of work for the company to do to recover face as well as recover value,” he said.

Dr Leaver said people were also ready to disengage slightly from social media after being forced to live a lot of their lives online during the pandemic.

“I think there will be an appetite to be spending less time on our devices and less time networking, if we possibly can,” he said.

But social media has become a fabric of our daily lives, and won’t be completely left behind.

“And I think that it’s possible we might see new players enter the market in a way that we haven’t for a long time.”

Simon Birmingham: Liberals need to be more proactive on climate and women
French foreign minister hails defeat of Morrison and his ‘notorious incompetence’
Tiger Woods quits PGA tournament after the worst round of his career
COVID claims 45 more lives as nationwide daily cases soar to 18,000
Volodymyr Zelensky: How war will end as Ukraine ‘breaks backbone’ of Russian army
Peter Dutton touted as next Liberal leader as he claimed victory in Dickson
Michael Pascoe: Aged care, COVID, cheap migrant labour and the minister from the BBC circa 1980
Today's Stories

‘Unprecedented moment’: Why Facebook is declining and what it means for social media