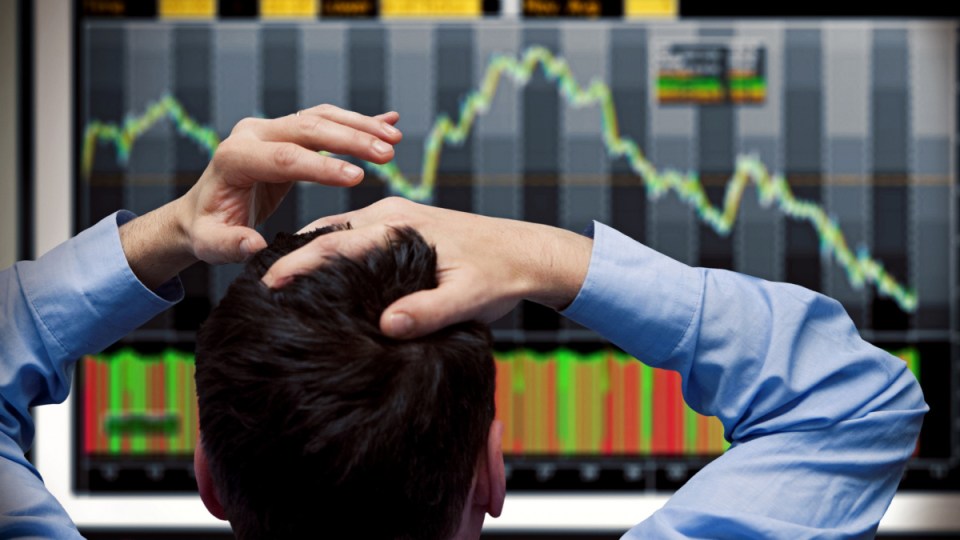 Falling stockmarkets may have a way to go. Photo: Getty

The Australian sharemarket has taken a dive over the past few weeks, with the ASX all ordinaries index now almost six per cent below a January 4 high, a downward trend economists expect to continue.

It’s not just an Australian slump, either.

Global markets are also sliding, while cryptocurrency Bitcoin has fallen 17 per cent over the past week.

Billions of dollars have been wiped off shares across the world, creating fears among investors and superannuation fund members, who face the first significant market falls since the COVID collapse in March 2020.

But will markets collapse big time and take years to recover?

Rather, he says, share prices have run ahead of themselves and need to be brought back to more realistic levels.

“Share values, measured by price earnings ratios (PE) have run up particularly in the US, meaning the price you pay for a share in terms of what it can earn you over the long term is out of kilter.

“The threat of rising interest rates is also pushing down shares, he said.

“US shares are trading at 21 times earnings but if the 10-year bond rate goes up to 2 per cent then it’s probably going to come back down to 17 times,” Mr Bassanese said.

Those sort of interest rates rises seem likely to occur with America’s Federal Reserve expected to move rates higher as early as March.

For the Australian markets, PEs are 18 times and need to go back to about 16.5 times to reach the long-term average, he says.

That mightn’t sound much, but it means Australian shares would have to fall another 8 per cent from their current levels after already coming off 5.7 per cent since their highs on January 4.

That means the All Ordinaries Index would fall another 600 points to 6889.62.

It will be more drastic in the US, with the market index set to fall another 19 per cent and that would likely push foreign markets down well below current levels. 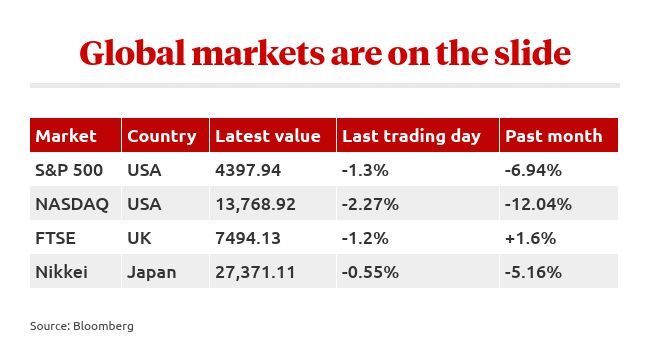 The fact that markets rise and fall is a truism that everyone knows, but the problem is that watching them fall can be emotionally challenging.

Australian shares have risen 74 per cent in value since the pandemic low point of March 2020 and that makes investors feel like geniuses.

But the recent dive will create some humility, Mr Bassanese said.

The rise of crypto currencies like Bitcoin has been accompanied by a belief among its adherents that it is a separate asset class that will not move in the same direction as shares.

That has been disproven on the up side with Bitcoin rocketing up to a November high of $US67,582.

That was a much steeper climb than the sharemarket took. 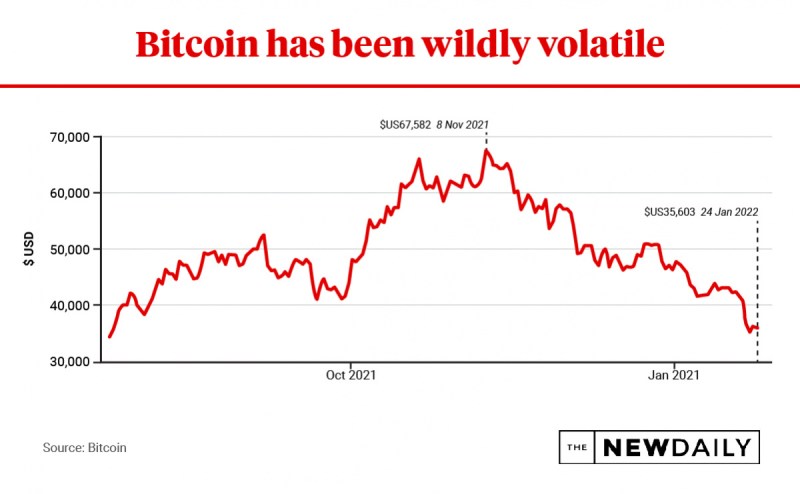 Since then it has almost halved in value, with a major correction occurring since early January when sharemarkets really started to slide.

What that means, Mr Bassanese said, is that in a slump Bitcoin is just like shares.

“When there’s a risk of environment and people are selling assets and moving into cash, then people sell Bitcoin and move to cash,” he said.

In other words, Bitcoin isn’t the safe haven from sharemarket storms that some of its devotees claim and investors sell it like equities when they are looking to protect themselves.

The current market falls are the downside of the cheap money policies and quantitative easing that governments and central banks have pursued to protect economies in recent years, said Nicholas Gruen, CEO of Lateral Economics.

“I haven’t been optimistic about stocks for a fair while because we have been pumping up [the economy] and that has effectively inflated asset prices,” Dr Gruen said.

While such policies have been heightened in recent years they are not new.

Although the fallout of those policies could be overvalued assets and the pain of market falls, Dr Gruen believes overall they were the right thing to do.

“There are a lot of people saying they shouldn’t have cut rates the way they did,” he said.

“But what that means is they are saying we should have let unemployment sit at levels above any reasonable estimate of what its natural rate was.”