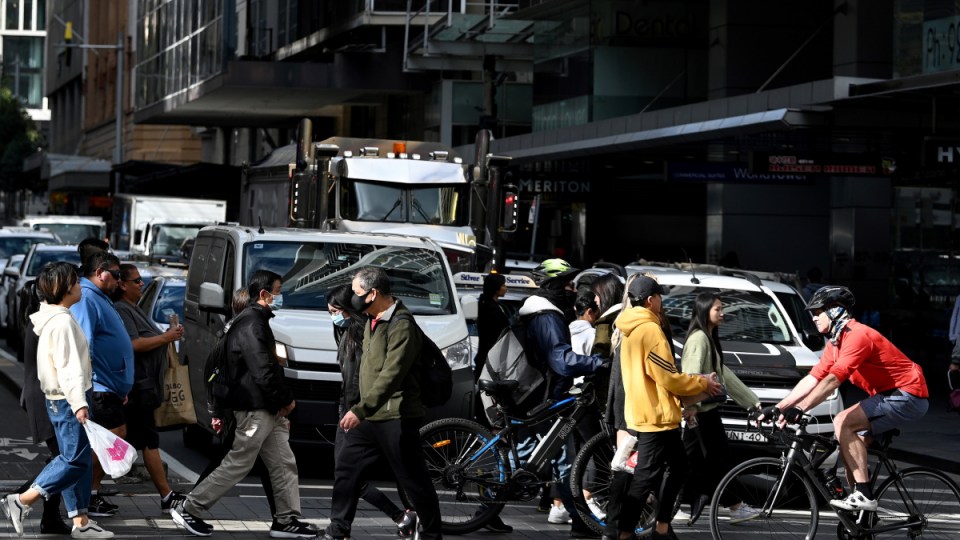 Australia’s unemployment rate unexpectedly dropped to 4.2 per cent in December from 4.6 per cent the previous month, its lowest level since August 2008.

The Australian Bureau of Statistics said 64,800 people joined the workforce in December in a further recovery from last year’s COVID-19 lockdowns in NSW, Victoria and the ACT.

“Recovery in NSW and Victoria continued to have a large influence on the national figures, with employment in these two states increasing by 32,000 and 25,000 people between November and December,” ABS head of labour statistics Bjorn Jarvis said.

This takes employment back to where it was in May for these two states.

But there was a note of caution. Mr Jarvis said the latest report provided an indication of the state of the labour market in the first two weeks of December, before the arrival of the Omicron variant drove a surge in COVID cases.

BIS Oxford Economics chief economist Sarah Hunter said experience from overseas suggests the impact of the variant would be significant but short-lived, and less economically damaging than previous waves.

“Overall, the unemployment rate is set to remain below 4.5 per cent this year, and with businesses still looking to add staff this will create further upward pressure on wages and domestic inflationary pressure,” Dr Hunter said.

“Today’s data reinforces our view that the RBA will tighten the cash rate much earlier than they are currently signalling.”

At 4.2 per cent, the unemployment rate is the lowest since August 2008 and just before the start of the global financial crisis when it was 4.0 per cent. Treasurer Josh Frydenberg hailed the figures as showing the strength in the national jobs market.

“This is the equal fourth lowest unemployment rate in Australia since the ABS data series began back in 1978,” he said.

“Sixty-five thousand jobs were created across the country in the month of December. Two-thirds of those jobs were full-time jobs, and 58 per cent of those 65,000 new jobs went to young people aged 15-24.”

Mr Frydenberg said job ads had declined slightly during January as the Omicron crisis spiked – but remained 30 per cent up on the same time in 2021.

“We know there are great pressures at the moment, but we also know that the economy is very resilient,” he said.

Economists had predicted the jobless rate falling to 4.5 per cent in December.

The fall is far quicker than the Reserve Bank of Australia had been expecting.

In its most recent economic forecasts released in November, the RBA had predicted an unemployment rate of 4.75 per cent by the end of 2021 – and 4.5 per cent only by the middle of 2022.

Separately, new data showed that while Australians had intended to spend big heading into 2022, there are already signs those expectations won’t be met due to the impact of Omicron.

The Commonwealth Bank of Australia’s household spending intentions index rose 2.5 per cent in December, its highest level since the survey began in July 2017.

The biggest gains were in travel, transport and retail sectors.

“The boost in the travel and transport sector also reflect increased mobility around the country in December,” she said.

However, Omicron led to a surge in cases late in December and into January.

“We can see from our high frequency credit and debit card data there does appear to be a fall in spending in January, with spending on services more impacted than goods spending,” she said.

The Stats Guy: What does tourism in Australia look like now that travellers are returning?
Michael Pascoe: What if Omicron bedlam is not a cockup but intentional?
Today's Stories