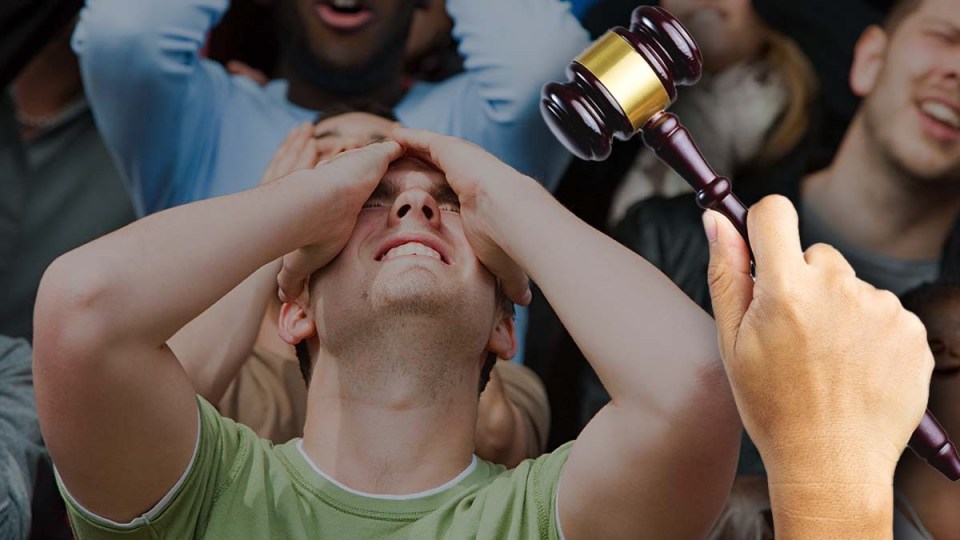 Familiarise yourself with auctions to avoid disappointment. Photo: TND/Getty

Home buyers are being advised to step up their auction knowledge as Australia’s capitals see record numbers of properties going under the hammer.

CoreLogic says this week will be the busiest auction week across Sydney, Canberra, and Adelaide since the organisation starting keeping records in 2008, with the combined number of auctions set to exceed 4000.

InvestorKit founder and head of research Arjun Paliwal said lockdowns earlier this season have pushed weeks’ worth of property stock into the market all at once.

If you’re considering buying at auction this weekend, Mr Paliwal gave The New Daily some tips on how to beat the competition.

Analyse comparable sales up until the auction day

Looking at the recent sale prices of similar properties in the area you are interested in buying will give you a stronger understanding of the market value of a property.

And doing this research right up until the day your desired property goes to auction will give you the most realistic price guide on which to base your bids.

“[Use] the auction period to really get deep on the calls to agents who’ve got stuff under offer, or visit open homes for non-auction properties to see where they’re landing.

“That research is very powerful.”

Try your luck with pre-auction offers

Mr Paliwal said buyers shouldn’t hesitate to send in an offer before an auction, particularly in regions that don’t usually have many auctions.

He said sellers are bringing auctions to regions such as Adelaide, which isn’t traditionally an “auction city”, to take advantage of high housing prices and high demand from buyers.

Mr Paliwal said there might be an uptick in auctions for up to 12 months in Adelaide and other regional areas.

But he doesn’t expect this to “last forever” because the shift towards auction markets wasn’t a gradual change in the first place.

He is confident many vendors in these regions will eventually revert to their old ways and move away from auctions.

“To be honest, [vendors and] sales agents … might take you up on your pre-auction offer just because they’re new to this and they might see that it’s a very good price,” Mr Paliwal said.

The second tip is to avoid being “trapped” into overspending.

Nice visuals can trick buyers, but Mr Paliwal said you should instead consider the characteristics of a property as a whole.

He has seen buyers get “carried away” and buy properties such as a well-styled three-bedroom, one-bathroom house for the same price as an average-looking four-bedroom, two-bathroom house would fetch.

You should also check whether you are comparing a flood or bushfire-prone property to a lower-risk property.

And make sure to only compare your property with those that have similar features such as pools or access to public transport.

The third tip is to lower the amounts you increase your bid by when at an auction.

This could get other bidders to slow down as well, Mr Paliwal said.

Some auctioneers might challenge this and tell you to abide by the established increments.

But if you “stick to your guns”, you could influence enough people to lower their bid increments that the auctioneer might give in, Mr Paliwal said.

A strong opening bid could wipe out competition early

The fourth tip is to consider starting strong with your auction bidding.

“Starting strong can really dishearten a whole bunch of people in the audience,” Mr Paliwal said.

But proceed with caution, because this “power trip” could backfire, by encouraging other bidders to push up the price even further, potentially leaving the property out of your budget.

China’s No.2 surprises Anthony Albanese with congratulations before PM’s first big test
Queen all smiles in flower show buggy
No evidence monkeypox has mutated, WHO says
Russian diplomat resigns over Ukraine war
Naomi Osaka ‘not sure I play Wimbledon’ after French Open loss
UAE star Omar Abdulrahman returns for must-win Socceroos clash
That Black Friday ‘bargain’ may be anything but
Today's Stories

Buying under the hammer: Top auction tips from a property expert