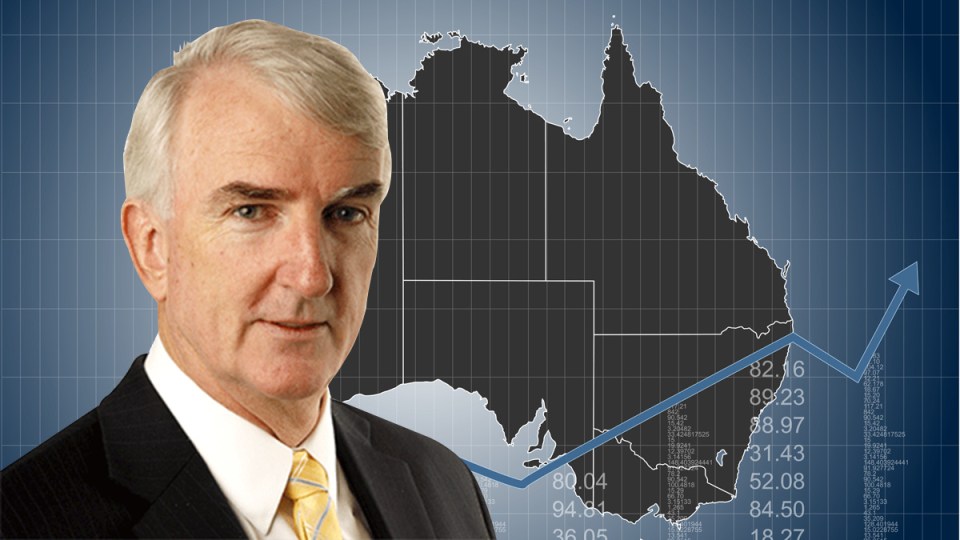 Gross Domestic Product is merely a partial indicator of how the economy is travelling, Michael Pascoe writes. Photo: TND
opinion

Or so some commentary and much lobbying would have you believe.

Contrary to those opinions, GDP is not a living thing.

It doesn’t have feelings, it doesn’t have to be tucked into bed and kissed good night, and does not of itself mean nearly as much as we commonly pretend.

The Gross Domestic Product is merely a partial indicator of how the economy is travelling, a crude shorthand with many shortcomings given the complexity of said economy.

On the other hand, there is an argument for viewing the economy as a living thing.

A rational view of the economy goes further than money and the production and consumption of goods and services – it needs to include and value everything.

Quick example: GDP doesn’t count the value of bush destroyed by fires or the cost of carbon pollution or human potential unrealised by lack of training, but that is all part of a reasonable wholistic concept of our economy.

Right now there is a great deal of focus on one aspect of the Golden Calf: Lower potential GDP growth caused by lower population growth.

Business, government and most commentary takes it for granted that the higher GDP growth, the better – and never mind what the costs of that growth might be on all the things GDP doesn’t represent.

The ABC’s Gareth Hutchens has written a nice explainer on what the COVID-caused fall in immigration is doing to the economy.

Yes, it is lowering potential GDP growth, but its impact on GDP growth per head is not so certain.

Business and government don’t care much about the latter, only the former. Never mind the quality, feel the width.

With our participation rate topping out and productivity growth low thanks to weak investment, most of our GDP growth in the years leading up to the pandemic came purely from population growth.

That works fine for business.

How good was it to be in domestic business in a country where every year, without having to invest or do anything different, the market grew by the better part of 2 per cent a year?

The “strong economy” the public was sold before the 2019 election was strong for those at the top, for capital, but flat or worse for most others.

A bigger and better Australia

The evil “lower potential growth” of the Golden Calf is what the business lobby and NSW government are warning about as they push for an immediate massive migration surge.

I’m personally in favour of a bigger and better Australia, using the gift of this country being a desirable place to live to attract talent that adds value, that enables greater investment that delivers higher per capita GDP growth – not concentrating on delivering cheap dishwashers for expensive restaurants.

Earlier this year the Reserve Bank governor dared to suggest the fall in migration could assist in boosting wages growth.

He was immediately attacked for straying from the economic orthodoxy that, all things being equal, immigration overall lifts wages.

All things are rarely equal and the massive real-time experiment we are undergoing on migration/wages is still playing out.

The Fitch economics team quoted in Mr Hutchens’ article are among those now suggesting the shortage of workers will result in higher wages and inflation – both things our economy needs and will be better for however much individual businesses might not like them.

“We believe the dislocation between labour demand and supply – unwitnessed in recent history – will eventually translate into higher wage growth, probably from mid-2022 when the economy will be in full swing,” Fitch said.

In the virtuous cycle described by RBA assistant governor Luci Ellis last week, higher wages encourage greater investment and productivity improvements. And so hope all of us.

Individual businesses understandably are frustrated by not being able to easily find cheap workers the way they used to. Adjusting to changed circumstances is difficult.

In some areas, the lack of specific crucial skills is stopping one plus one adding up to substantially more than two, but business has not been able to demonstrate that across the board.

So there’s a shortage of lawyers and accountants bidding up salaries – are tax returns going unfiled, legal cases untried?

There’s a shortage of hospitality staff, pushing up some wages – does it matter overall if some restaurants reduce hours when workers have more money to spend elsewhere?

I haven’t noticed anyone going hungry because of that.

If the trend of capital getting a larger slice of the national pie at the expense of labour’s share is reversed for a while, will our overall economy necessarily be weaker? Indications are that it should actually end up stronger.

But don’t try to tell the Golden Calf people that. Their concern is the short term and not sustainable per capita GDP growth.

To tame that tendency, to make the GDP monster work for the common wealth, we also need greater government investment in soft and hard infrastructure along with clear policies to encourage long-term private investment. But that’s another story.