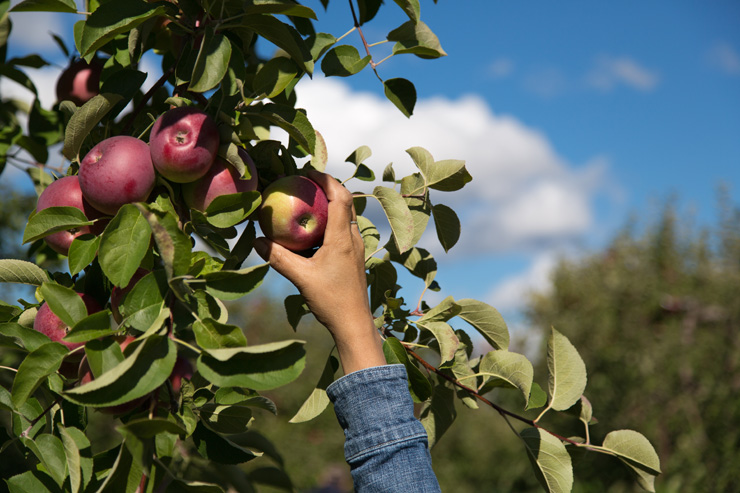 Seasonal workers were left out of amendments to modern slavery laws in NSW. Photo: AAP

New South Wales has passed amendments to its modern slavery laws, but extra powers to investigate the exploitation of seasonal workers were left out.

The changes to the bill passed on Friday ensure the independence of the anti-slavery commissioner in monitoring the removal of slavery conditions in the supply chains of state and local government procurement.

However, other amendments that would have given the commissioner the power to coercively investigate and report on the use of seasonal workers and whether it constituted modern slavery were removed.

Members from the Greens and Labor opposed the removal of those powers during a lower house debate on Wednesday night.

Greens MP David Shoebridge said his party was “disappointed” by the removal but seasonal agricultural workers, and private sector supply chains, will be a key focus of reform going forward.

The commissioner would have been empowered to force people to produce documents and answer questions under the threat of prosecution for noncompliance or dishonesty if they reasonably suspected seasonal workers were being used in ways that constituted modern slavery.

Parliamentary secretary to the premier Gabrielle Upton said those coercive powers duplicated existing Commonwealth functions under the Fair Work Act and raised “significant legal concerns” about the use of compulsorily obtained information in future criminal prosecutions.

Public Service Minister Don Harwin said the proposal to give extra powers to the anti-slavery commissioner was well-intentioned, but the government remained concerned about the operation of those powers.

The commissioner will still be able to make full use of existing powers to monitor, report and advocate on the issue of seasonal workers, Mr Harwin said.

NSW first passed the modern slavery laws in 2018 but it was never enacted.

The amendment passed on Friday sets a date for enactment on January 1 next year.

Opposition industrial relations spokeswoman Sophie Cotsis said while the new legislation is not perfect “we cannot wait another three years until the government takes action” on the growing global problem.

International Justice Mission Australia CEO Steve Baird said the amendments were a “positive step forward in ensuring that NSW is addressing the scourge of modern slavery, which we know is in our supply chains”.

He said it was disappointing the government retreated from the strength of its initial commitment but it was encouraging to see parliamentarians on both sides get the legislation across the line.

Mr Baird was joined by Labor in calling on the federal government to strengthen Commonwealth laws when they are reviewed next year.

Michael Pascoe: The new ‘Roaring 20s’ – Have a go, ya mugs
Today's Stories