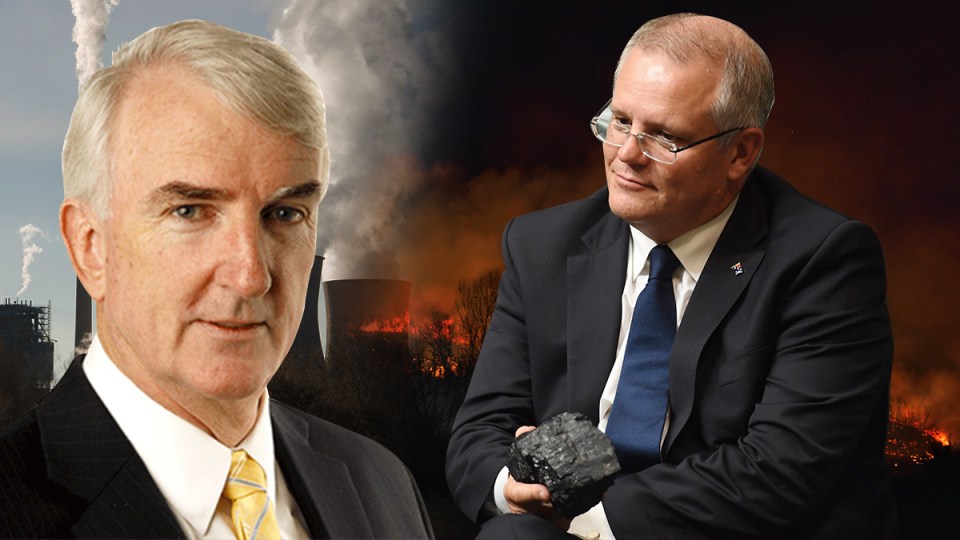 More than $1 billion a year is being spent by the Morrison government on consultancies, Michael Pascoe writes.
opinion

In a courtroom and in politics, you don’t ask a question if you know you won’t like the answer.

Consultants are different. They generally can be relied on to provide the answer the person paying them wants to hear. And if one consultant won’t play the desired tune, there are plenty of others who will.

Consultants are doing extremely well out of Canberra.

The Australia Institute counts more than $1 billion a year being spent by the Morrison government on consultancies as the public service is increasingly bypassed.

Michael West has totalled $3.1 billion going to just four firms over the past six years.

Given how richly they are paid, it’s impossible to feel sorry for consultants having to torture data, bend perceptions, omit inconvenient facts and step around elephants to deliver the findings the government wants to hear. Useful idiots.

I do have some sympathy though for the economists employed in Treasury and various other government departments, especially Angus Taylor’s Department of Industry, Science, Energy and Resources.

The majority of them are not stupid.

They know that however much they might try to slip in a factual statement here and telling graph there, they are captive accessories to the Morrison government’s biggest lie: We don’t need to price carbon.

The proportion of economists who believe we don’t need to price carbon – either by a tax or cap-and-trade market mechanism or both – is about the same as the proportion of climate scientists who don’t think we’re suffering climate change.

There might be a debate between reasonable people about the best form of carbon pricing, but the need for it is a given.

Nothing symbolises the low ebb in Australian politics better than the inability of either major party to talk rationally about a carbon “tax”.

Just as Scott Morrison will forever be the man brandishing a lump of coal in Parliament, the image of Liberal front benchers celebrating their repeal of Labor’s carbon pricing in 2014 defines their integrity.

Even the government’s dodgy, rent-an-answer, net-zero modelling had to contain a carbon price of $24 a tonne to get within 15 per cent of what the government wanted to hear, as Richard Denniss has explained.

“The stunning and politically explosive concession… reveals every household may need to pay a carbon price equivalent of more than $1400 a year.

“That’s because the full reduction in net emissions by 2050 that Morrison and Taylor promised the world at this month’s UN climate summit in Glasgow requires a carbon price of $80 a tonne, according to the model.

“Clearly, for the Coalition, such a price is completely politically untenable. Which is why the government’s plan is modelled on a far less threatening price of $24 a tonne.

“The irony? Gillard’s short-lived carbon price – before Tony Abbott’s government legislated to abolish it – began at $23 a tonne.”

The joke within the lie that is Mr Morrison’s “technology not taxes” campaign slogan is that the confessed $24 carbon price is “voluntary” – it’s what corporations and individuals will volunteer to pay because we’re nice and care a bit about the future when the government does not.

Only the aforementioned useful idiots could go along with the nonsense that a voluntary $24 price will do the trick.

At the other end of the scale from such people, on Monday I began work on a Monash University podcast series to run next year by interviewing  Dr Ummul Ruthbah, a senior research fellow with the Monash Centre for Financial Studies, and Jan Ahrens, head of research at SparkChange in Germany, a provider of carbon data and investment products.

The interview was about the Real Carbon Price Index they have launched to benchmark carbon pricing around the world, in the process measuring global progress and shaming the countries that are not pulling their weight.

While the world needs a price of about $US80 a tonne by 2030 to drive “can-do capitalism” to keep the Paris dream alive, the current global average is just $US4.42.

The Australian price is zero – we’re freeloading even on that miserably low average.

The Real Carbon Price is both interesting and depressing. The interview underlined the irrefutable sense of pricing carbon, something (almost) every economist knows. It also made our politicians’ denial of the obvious all the more dismaying.

And perhaps what’s most depressing is that the Australian electorate is so gullible as to have fallen for the cheap politics, the Big Lie.

We can’t handle the truth.