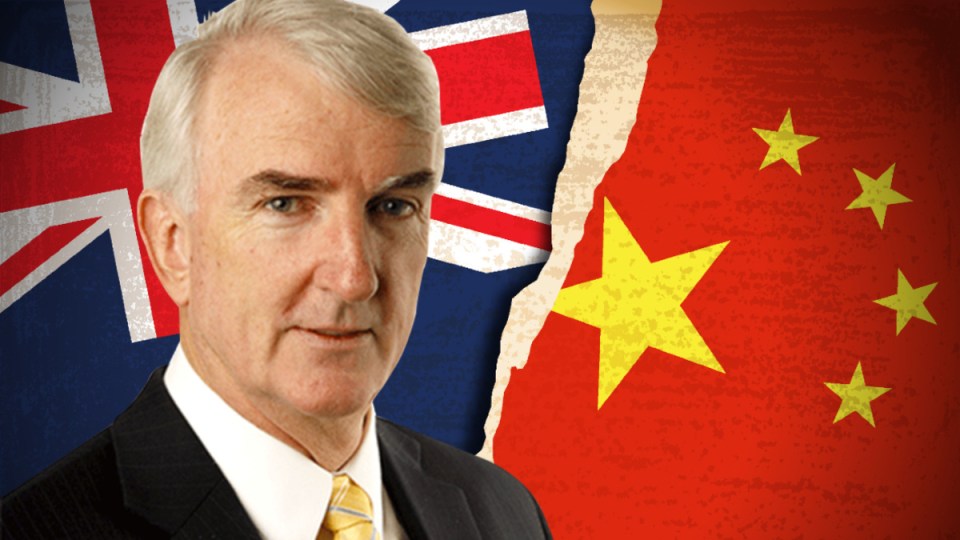 Quoting himself at some length from an old speech was indulgent, the riffling through a pile of stapled notes distracting and the words didn’t always come quickly – not as easily as they used to, sometimes they had to be sought – but the words still came and were worth waiting for.

Paul Keating on Wednesday brought independent thought, an appreciation of history, a sense of geography and a grasp of the much bigger picture to a national stage more commonly reduced to three-word slogans, blatant lies and short-term distractions.

Briefly, there was an adult back in the room. How refreshing.

Against the tide of mainstream media China coverage – “the enemy”, “the aggressor”, “the threat” – the former prime minister offered considered perspective.

For that, his critics brand him an apologist for China.

Given Mr Keating’s realistic appraisal of China’s potential and problems, that says more about his critics’ stance than Mr Keating’s.

As Max Suich explored in an important series earlier this year, domestic political advantage is now the key driver of our China policy with much, perhaps most mainstream media China commentary, a captive of the spook and defence industries.

While the oafish blundering of Peter Dutton and Marise Payne served zero good purpose in isolating Australia as Donald Trump’s echo on the source of the COVID-19 virus and Scott Morrison relishes an Australian submarine presence in the South China Sea, Paul Keating looked at the world as it is likely to be, rather than hankering after how it was.

Mr Keating’s main case was made in the first 20 minutes or so of his  National Press Club conversation with Laura Tingle: We need to find our security in Asia, not from Asia.

Seeking to hold back the rise of China, to preserve American military and economic dominance, is nonsense.

“It would make a cat laugh,” to use a Keating phrase.

What’s sad about the case Mr Keating made is that such reasoning has become so rare. Public consideration of any China issue is mostly portrayed through the prism of the local security industry’s lockstep American stance.

A typical curtain-raiser to the NPC discussion was a rehash in the Nine newspapers on Sunday of the review of a Chinese company’s lease of the Port of Darwin. Round up the usual suspects.

Never mind that more experienced and thoughtful bureaucrats than the present crop comprehensively dealt with the port’s security questions six years ago.

The then secretary of Defence, Dennis Richardson, and the chief of the ADF, Mark Binskin, were brutally dismissive of the scare mongers.

ASIO and Defence were “at one” that Landbridge’s lease “was not an investment that should be opposed on defence and security grounds”.

The Port of Darwin is no high-tech wonder, no holder of secrets not available from a fish and chip shop outside and a satellite image.

It has no control over our defence assets. It is not manned by the People’s Liberation Army. The Australian government can control it any time is so wishes.

The interesting thing about the article was the welter of comments that followed it – overwhelmingly opposed to the Chinese lease.

The supposedly middle-of-the-road former-Fairfax readership was all the way with nationalistic sabre rattling.

The steady anti-China diet the public has been fed has worked.

Having botched our diplomatic relations with the rising power, domestic political advantage is sought by doubling down on the China “threat”, making a bad situation worse.

And just as with pricing carbon, “small target” Labor is incapable of differentiating itself from the Coalition’s bumbling path.

Of course China isn’t a nice, friendly panda cub, a compliant junior nation. As Mr Keating put it, China is in the adolescent phase of its diplomacy, testosterone all over the place.

But it’s phase – a phase  in which every other great power was invading and seizing land.

At least China largely builds its own islands, albeit in contested areas. On the Rising Great Power scale, China is still relatively peaceful.

Yet both sides of Australian politics are pursuing a multi-decade security blanket with a fading Britain that has no relevance in Asia and an America that looks increasingly unstable.

We need more consideration of Mr Keating’s perspective, room for nuance instead of wall-to-wall ASPI and ASIO and a diet of photo ops with military hardware.

It would be helpful to again have diplomats with perspective instead of boofheads chasing votes.

Michael Pascoe: Briefly, there was an adult in the political room