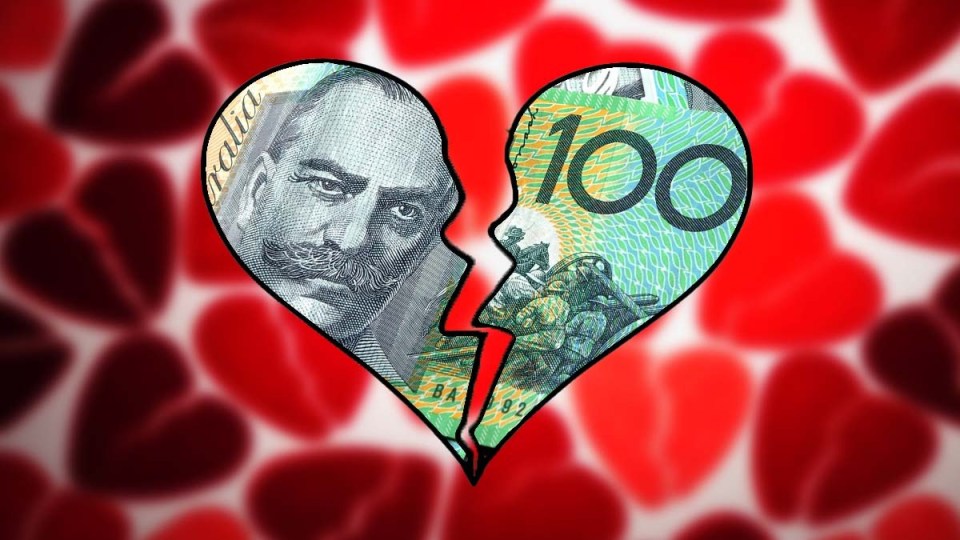 More than half of Australians would consider breaking up with their partner for having different money habits, according to a new survey by Afterpay.

Data released by the buy now, pay later giant on Tuesday also shows being a ‘money match’ is particularly important to Australian women and Millennials.

But 15 per cent of Australians have never talked about money in their previous or current relationship.

Relationships Australia NSW CEO Elisabeth Shaw said conflicts over money are in the top five issues “in almost every survey on couple conflict”.

The importance of money talk

Ms Shaw said couples are “hesitant” to discuss finances because they are seen as more private than other issues.

As a result, people make assumptions about their partner’s plans for the financial future, only to be disappointed later.

She said conversations about finances should be based around “the philosophy of how you want to live”.

“It’s the degree to which you have common goals,” she said.

“If one person is very comfortable with a high level of spending [and] a low level of saving, and the other is the opposite, then those sorts of things feel like a big clash.”

She said a person’s experience with money as a child will affect their “money mindset” as an adult.

It is normal for people to have different relationships and goals with money, she said.

But couples need to talk openly about finances from the beginning of a relationship.

Ms Thomson said although talking about money might seem “taboo”, couples should “break down norms” to reduce tension and arguments.

How to broach the subject

Ms Thomson said there are no rules for when a couple should join finances and doing so was up to each individual couple.

But Ms Shaw said as soon as a couple has an ongoing commitment involving money, from saving for a holiday to paying a lease, they should have a discussion about money goals.

If you encounter a financial issue during a relationship, “good communication will see you through”, she said.

Rather than starting with accusations, couples should aim for a calm discussion to air their concerns.

“If you say, ‘Look, I’ve got some worries about how much we’ve got in the bank, and I wish it was more,’ that’s … owning the problem, rather than making an accusation,” she said.

Ms Thomson told TND these are some of the biggest financial issues couples should face head on:

Why discussing money early is crucial to healthy relationships