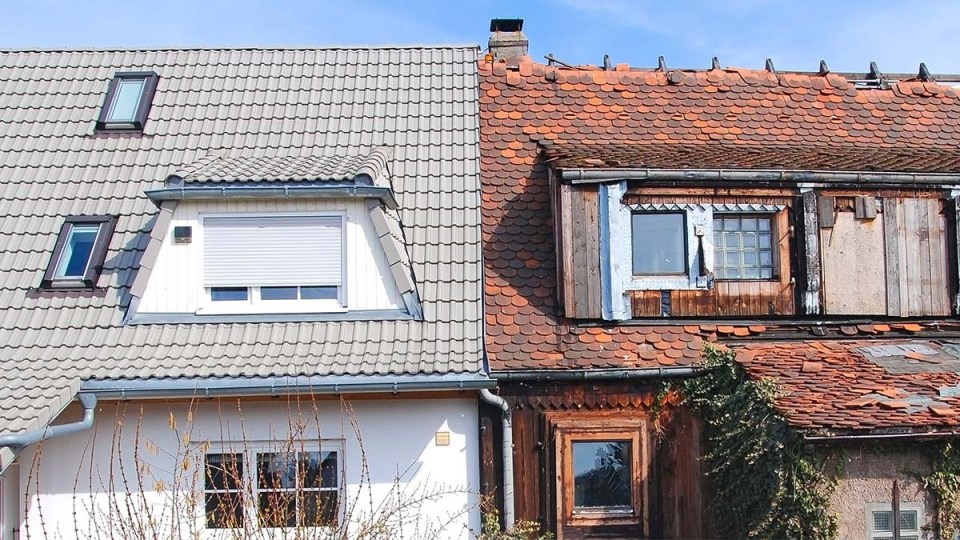 Australians are feeling the sting of buyer's remorse after not doing their due diligence when house hunting. Photo: Getty

Australians are spending less than one hour inspecting the property they go on to buy and find big issues when they move in.

Data released by ME Bank shows 55 per cent of home buyers devoted less than 60 minutes to pre-purchase inspections, with 61 per cent of the 1000 property owners surveyed discovering issues after settlement.

Most of the owners were hurt financially by their lack of due diligence and some of them expressed regret as a result.

Curtin University property lecturer J-Han Ho said it was shocking that people were spending such little time researching a purchase that could take “10 years of blood, sweat, and tears” to afford.

He said he would personally spend up to two hours researching a property on top of an hour-long inspection.

“That’s coming from an expert that has been in the industry for 20 years,” Dr Ho said.

“So how much does the general person need to do? Well, how long is a piece of string?”

Dr Ho said regulations differ between states and territories, but generally there is no way for people to back out of a sale once a deal is settled if they only have buyer’s remorse. 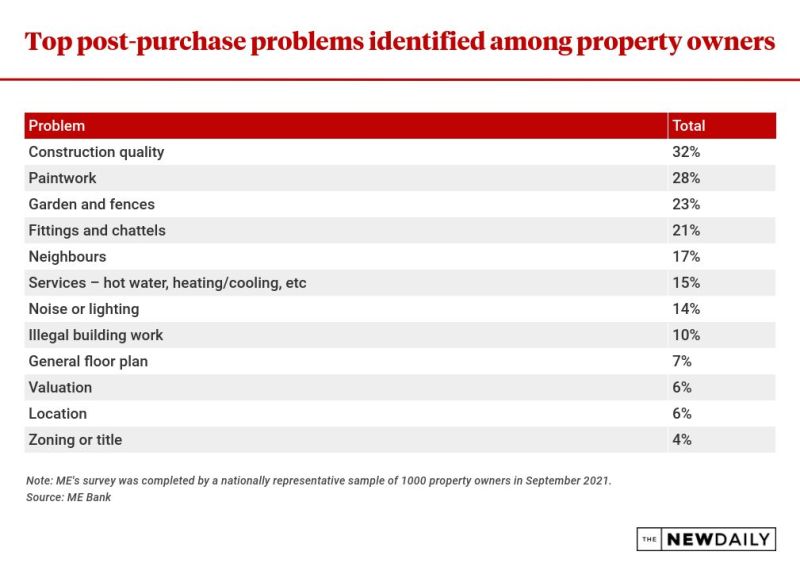 Builders Collective of Australia president Phil Dwyer said some people might spend more time researching a $300 air fryer than a house worth hundreds of thousands of dollars.

He said the builder’s warranty is “next to useless” because it is only available to the buyer when the builder has died, has disappeared, is deregistered, or becomes insolvent.

A statutory warranty lasts for 10 years but only applies to structural defects, with smaller issues that may seem serious to the buyer not covered, Mr Dwyer said.

If you feel aspects of a property were misrepresented before you bought it, “justice comes at a huge price”.

ME Bank data showed 18 per cent of people who found issues with their homes after buying them had been “impatient and concerned by rising prices”.

“That type of approach … is not a good thing with such a significant purchase,” Mr Dwyer said.

“I’d rather miss out than buy a property that’s got a lot of problems, because even the rising market’s not going to save you [if there are issues].”

What to look out for when inspecting a property

Dr Ho said buyers willing to do proper research have access to plenty of online resources.

He said many councils have interactive mapping that can measure the size of a property and provide a “legal description” of the property.

Dr Ho said if you order a title search, the certificate title can give you legal information on the property, such as whether it has easements, restrictions, benefits or liabilities.

“A lot of times people … don’t even know that they’re buying a strata property versus a green title property,” he said. But they also gave TND a list of the top things buyers should be aware of when inspecting a house:

The top things to look out for when inspecting a property