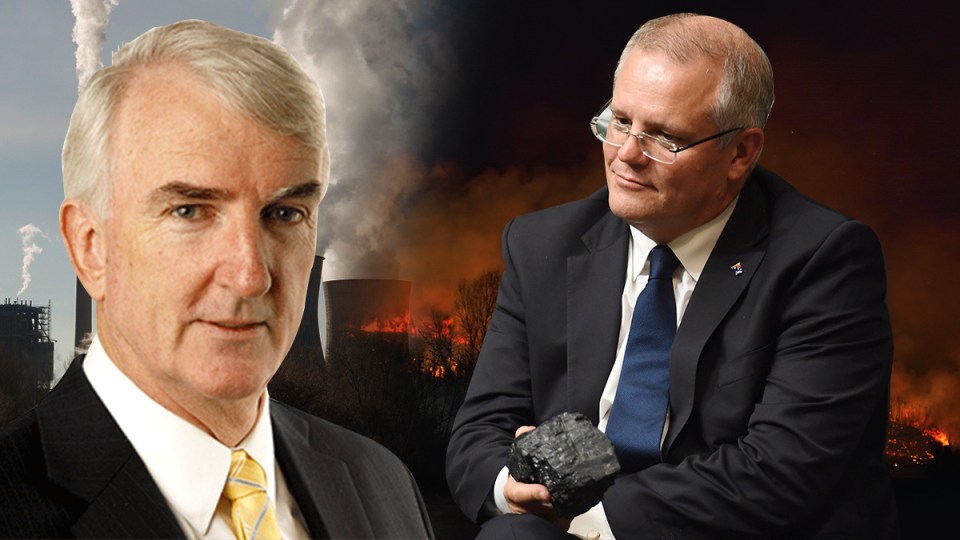 The circus of the past few weeks has come at the expense of genuine commitments for 2030, writes Michael Pascoe. Photo: TND
opinion

You can only trust the whole of a building, institution or government by the integrity of its parts. Thus the whole weeks-long circus of Australia, Glasgow and “net zero” collapses.

A political promise – and it’s no more than that – of net zero by 2050 can’t have integrity if it relies in its structure on carbon capture and storage, explicitly supporting fossil fuels, and potentially very rortable payments to farmers for burying carbon.

And then it gets worse.

If there’s nothing to hide about the modelling (if such modelling actually exists yet beyond the back of an envelope), or the deal the Nationals extorted, why hide them?

Well, yes, if the Nationals deal includes $3 billion to extend Barnaby Joyce’s Inland Rail line to Gladstone to haul coal, a stranded asset in the making, there is good reason to keep it under wraps before fronting the world.

The circus has performed its key political purpose: It has concentrated attention on 2050, far enough away to make it possible to say anything without much meaning or electoral impact.

That is at the expense of the real Glasgow story: Genuine commitments for 2030.

Rational climate policy in Australia remains poisoned by Tony Abbott’s years of total opposition. Neither the Coalition or Labor is capable of much differentiation by the election. Neither dares mention “tax” or “carbon price” in any other than a derogatory way.

The irony of Mathias Cormann – an accessory in vilifying carbon pricing here – finding climate religion could not be missed on Thursday:

“Carbon prices and equivalent measures need to become significantly more stringent, and globally better co-ordinated, to properly reflect the cost of emissions to the planet and put us on the path to genuinely meet the Paris Agreement climate goals,” Mr Cormann said with his OECD hat on.

The former finance minister was merely stating the obvious, chiming in with what the IMF was saying on Wednesday, what just about every economist on Earth has been: It’s best to price carbon and employ the power of the market mechanism.

It works out much cheaper than a government trying to pick winners or, in the case of CCS, losers.

As Alan Kohler explained, Australia pretending technology is going to solve all our emission problems for free is, at best, freeloading on the mandates and pricing that has driven such technology.

Scott Morrison’s “Australian way” is to be a bludger.

Everyone who has been following this game knows how shallow, how lacking in integrity, the “plan” proposed by the federal government is.

Adding insult to injury, those who haven’t been following are about to pay $14 million to be told by Mr Morrison what a great job Mr Morrison is doing on climate change.

Beware the “technology, not taxes” slogan – your taxes are paying for the advertising and the dodgy elements of the technology.

Meanwhile, New Zealand is introducing a mandatory requirement for our big banks that operate there to publish their climate change risk assessment – to disclose the threats that climate change poses to their business and prepare strategies for managing climate-related risks and opportunities.

The NZ government is effectively forcing our banks to do the climate modelling our Treasury has not.

That’s rather embarrassing, too.