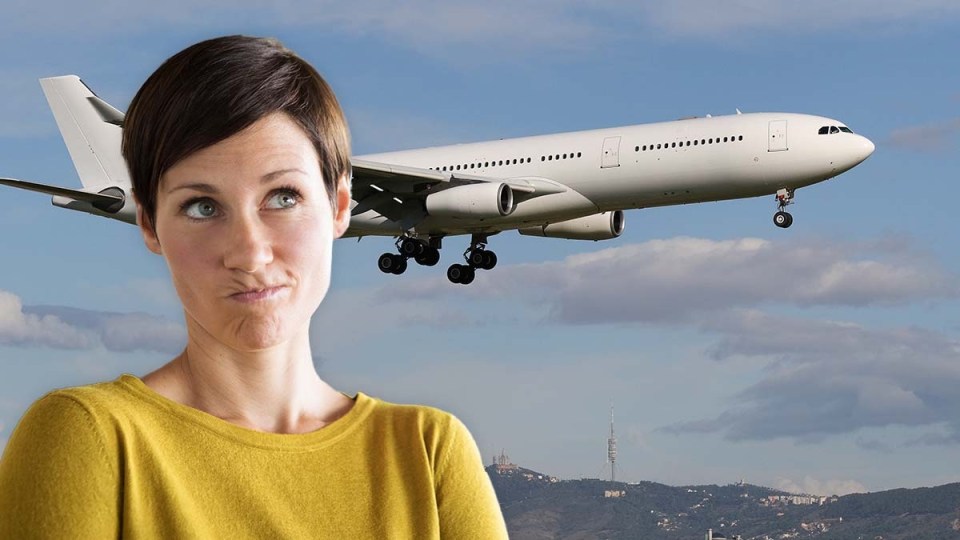 New data suggests Australians aren’t in a hurry to make travel plans as the country prepares to reopen its international borders in November.

With borders set to open on November 1, Choice data released on Tuesday shows just 23 per cent of Australians feel confident making travel plans in the next 12 months.

A large factor in Australians’ reluctance to hop back on planes is the lack of travel refund rights under Australian law.

Choice found almost one in two Australians had to cancel travel plans since March 2020 due to COVID-19 risks, border closures or lockdowns.

But less than one in five of the more than 4000 people Choice surveyed this year said they had received a full refund after their trip was cancelled.

Choice consumer rights expert Alison Elliott said since 2020, a lack of protection under Australian consumer law has left travellers in “cancellation chaos” and cost them “thousands”.

“Since the pandemic began … thousands of people [have] waited months to get their money back, have been stuck with travel credits they can’t use, or have been stung by surprising commissions or fees,” she said.

“We need stronger and clearer rights to book travel with confidence, particularly as international borders begin to open.”

Choice data shows 68 per cent of Australians would feel more comfortable booking a trip if they had a guaranteed right to a refund.

A significant minority of respondents also backed clearer travel voucher conditions (48 per cent) and the creation of an independent body to complain to when you have a problem (47 per cent). 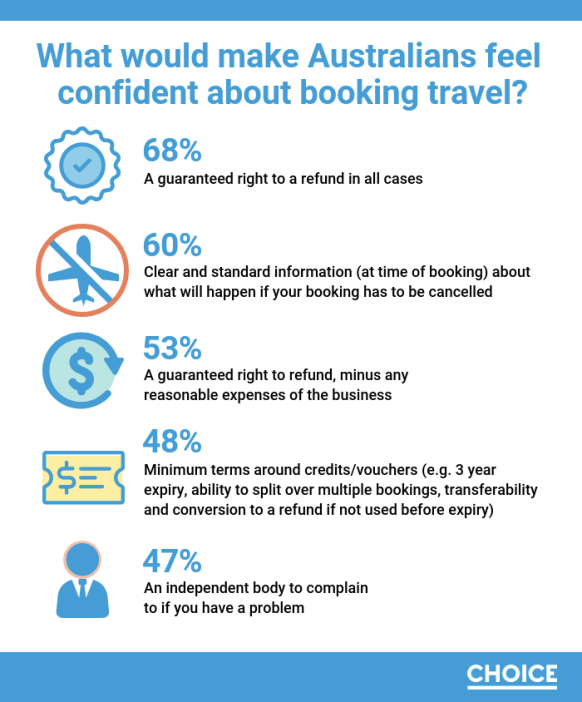 Ms Elliott said federal and state governments must enact reforms that provide easier access to refunds so that Australians can travel with confidence.

“[Choice] want to see a situation where a family living in Victoria could book a trip to the Gold Coast in six months’ time, knowing that if they did have to cancel, they wouldn’t have to worry about struggling to get a refund on top of the disappointment of missing a holiday,” she said.

The motion called on Australian governments to enact legislation that:

No meaningful action has been taken in Parliament since then.