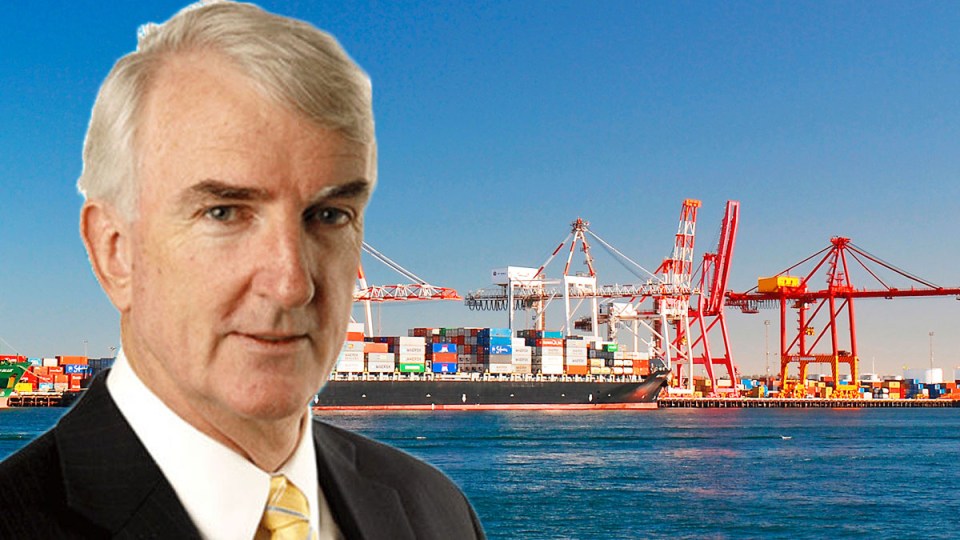 When in need of a distraction from climate follies and secret Coalition deals over governance and public money, a little Sinophobia is a safe bet.

“The Sydney Morning Herald and The Age can reveal the Department of Foreign Affairs and Trade has begun work on a plan to diversify foreign investment, partly based on the strategy Canberra has already adopted to shift its export markets as relations with Beijing have fallen to their worst levels in decades,” the papers somewhat breathlessly reported.

Mr Tehan’s puff piece is particularly silly as the biggest hurdle to the most obvious investment bonanza – foreign or domestic – is the Morrison government’s lack of credible national energy and climate plans.

Similarly, short-sighted, non-existent or distorted polices for housing, infrastructure, education and skills are the biggest problems holding back greater investment in Australia.

If a government had greater ambitions than the next election, this is a unique moment in history for attracting investment with money available for free in real terms.

Unfortunately much commentary and many politicians still have the mindset of Australia’s “Banana Republic” fears.

Much has changed in the 35 years since then-Treasurer Paul Keating told John Laws: “If this government cannot get the adjustment, get manufacturing going again, and keep moderate wage outcomes and a sensible economic policy, then Australia is basically done for. We will just end up being a third-rate economy … a banana republic.”

It was a time when every galah in the pet shop was focused on our current account deficit.

RBA Deputy-Governor Guy Debelle buried that fixation in a 2019 speech.

Trade surpluses make such a burying easy, but that still misses a key point long expressed by an economist friend: The whole idea that we’ve been reliant on other people’s saving since Governor Philip gets it arse about.

Money hasn’t come because we didn’t have enough – it has come because the opportunities here have been available and rewarding.

Where the money comes from is determined by commercial factors, many of which have a history.

To twist a movie quote, if we create the opportunity to build it, they will come.

It is almost funny to read of a Coalition minister suggesting we will attract investors to build electric vehicles given the lack of certainty provided by the government on emissions and infrastructure, not to mention the irony of having closed down most of the Australian car manufacturing industry.

(Last year’s overall FDI fall was thanks to a 115 per cent collapse in combined FDI from the US and UK – a $33.1 billion plunge that makes a nonsense of any concern about Chinese investment.)

In fairness, the private sector’s non-mining investment underperformance is not purely the government’s fault – there’s also the little matter of second-rate Australian management, as fingered by the Productivity Commission in a 2016 discussion paper.

“There is other compelling evidence that a significant share of Australian businesses have poor management practices, and while this is true for all countries, Australia lags behind the leading countries,” the paper found. 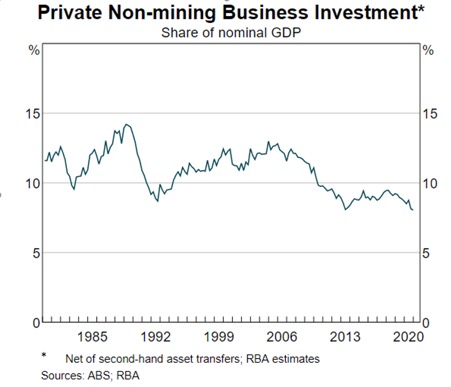 If the private sector hasn’t the entrepreneurial instincts or managerial skills to undertake the ventures that will attract capital – foreign or local, it doesn’t matter which – it is beholden on the public sector to step up and fill the gap.

Well, that’s if the government is interested in the nation’s future beyond the next media announcement, or election.