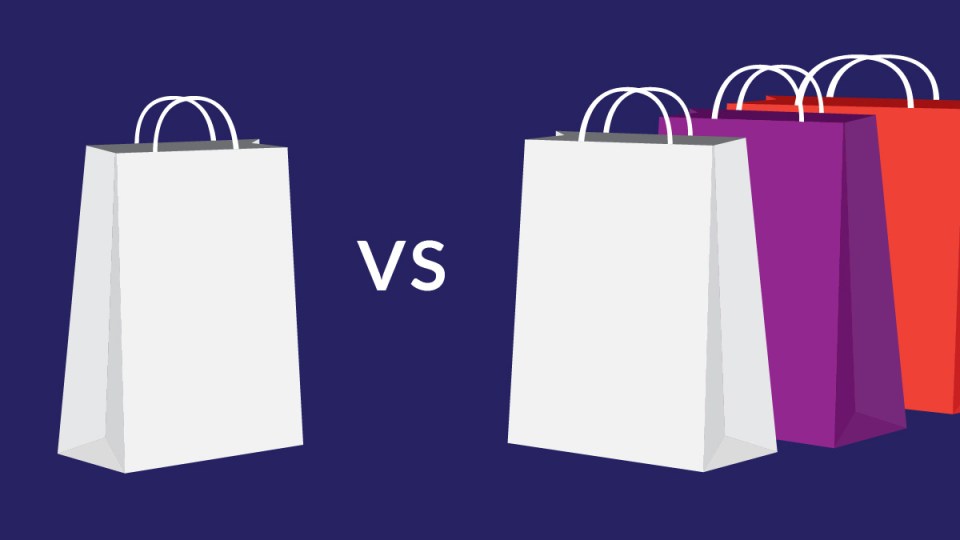 Experts have given the go-ahead for Australians to shop, as long as we think about how much we spend. Image: TND

Australians coming out of months of lockdown are looking to treat themselves, but finance experts warn they shouldn’t squander their savings.

Montara Wealth director David Hancock said that while many industries were negatively affected during lockdowns, others were booming.

He said although many people were able to maintain or increase their incomes during lockdowns, their ability to spend that money was limited, so they were able to save more than usual.

Australians exiting lockdowns are looking forward to spending up on personal care and dining out, but there’s a way to do it without ruining your bank balance.

The New Daily talked to three finance experts about the best ways to enjoy restored freedoms without breaking the bank.

Mr Hancock said it is important people spend money on themselves after a rough two years, but they should be selective about what they’re treating themselves to.

Instead of trying to do everything, he said, you should write a list of the key things you want to spend money on, such as a holiday or nice dinner.

“Spending isn’t all bad, but just [prioritise],” he said.

Put a hold on the new wardrobe

With the end of lockdowns coinciding with the change of seasons, Mr Hancock said it is easy to think you need to buy a whole new wardrobe.

He recommended to buy just one or two things and then wait a few weeks.

“You might find that when you get back out into society … you’ve actually got enough clothes,” he said.

Staycation instead of vacation

With the holiday season around the corner, Mr Hancock urged Australians to think twice before making travel plans.

“The temptation is to get out there and do everything straight away,” he said.

“But going on holidays during Christmas might not be very accessible at the moment because … accommodation could be really expensive and limited.

“So maybe having [have] a staycation over the Christmas break, but look to book a holiday in the early New Year … it might be half the price.”

Hard Line Wealth director and partner Cody Harmon said the end of lockdown is a good time to re-assess old habits, saying you don’t have to pick up the same lifestyle you led before the pandemic.

“As an example, a lot of people have figured out how to work out at home now,” Mr Harmon said. “For some people a gym membership can be up to $30 a week — it’s a lot of money.

“[Working out at home] can help you save for something special.”

“There’s quite a bit of flexibility around now in terms of making super contributions,” he said.

He suggested striking a salary sacrifice agreement with your employer and making tax-deductible personal contributions.

“There can be quite substantial tax savings,” Mr McIlroy said.

“So we all have the dual benefit of increasing retirement savings, but also decreasing income tax.”

For the Australians looking to downsize their lifestyle, they can make a “downsizer contribution” to their super from up to $300,000 of the proceeds from the sale of their principal residence, Mr McIlroy said.

“There’s numerous ways you can direct money into super,” he said.

Mr Harmon said the structure of your savings will dictate the outcome.

“The trick is to pay your bills and obligations and your future before you pay yourself,” he said.

You should set up your bill payments so that they are directly taken out of your account, put a set amount of your pay into a savings account for a future splurge, and use the rest for day-to-day expenses, Mr Harmon said.

“You don’t need a lockdown to change your fight to achieve financial freedom,” he said.

How to protect your lockdown savings from the urge to splurge