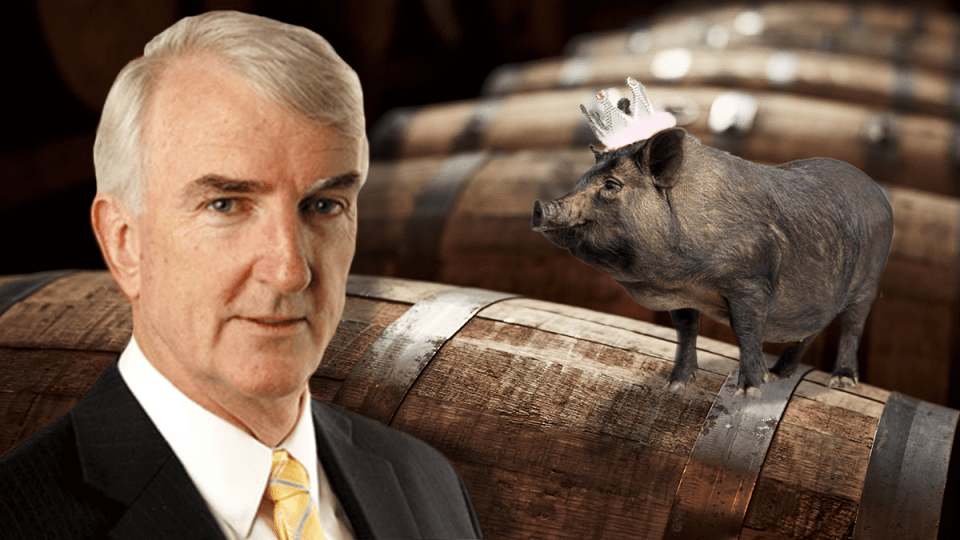 The primary focus of responsible government should be the best use of funds for the common wealth, Michael Pascoe writes. Photo: TND
opinion

Another day, another chapter in the saga of the corrupt use of Commonwealth funds for political purposes. Yes, Virginia, another case of colour-coded pork.

The Morrison/Joyce government has divided the nation into three categories – the bought, the potentially buyable, the not worth buying – and directed billions of taxpayers’ dollars accordingly.

Over the past eight years, the brazen nature of the Coalition’s raid on the Treasury has moved through smaller-scale pork barrelling, to serious rorting, to blatantly corrupt use of funds, to a full Trump-style “up yours” to anyone who questions the racket or dares complain.

Along the way, the Prime Minister’s Statement of Ministerial Standards has been rendered meaningless and the reason for the government’s fear of a real integrity commission made obvious.

The Morrison government reportedly is wary of backbenchers straying beyond their headquarters-issued talking points.

Dr Anne Webster, the National Party MP for Mallee, demonstrated why on regional radio, disclosing that Coalition members were able to push for Building Better Regions Fund grants for projects that didn’t “quite” meet the BBRF criteria.

When challenged, Barnaby Joyce, the relevant minister, recycled a response from #sportsrorts days – all selected projects were “eligible”.

In keeping with Finance Minister Simon Birmingham effectively saying about #carpork, “sucks to be you, we won the election”, the government isn’t even bothering with a fig leaf any more.

The electorates receiving the money aren’t complaining and those that are not copping the electoral bribes – safe Labor seats – won’t be deciding the outcome of the next election anyway.

What doesn’t get a look in is what should be the primary focus of responsible, ethical government: The best use of funds for the common wealth.

Mr Morrison’s joke ministerial “standards” specify that ministers “will act with due regard for integrity, fairness, accountability, responsibility and the public interest”. There is nothing “fair” about allocating public funds on the basis of how an electorate votes.

The “standards” clarify that acting with integrity means doing so “through the lawful and disinterested exercise” of their powers.

As The New Daily has been reporting ever since the egregious #sportsrorts defrauding of sporting clubs, the various grants and funds overwhelmingly skewed towards the Coalition’s political goals now total several billion dollars.

And there’s more on the way.

The BBRF scandal is up to $1.38 billion, but Round Six is yet to come in the runup to the election. Coalition members are banking on it.

In the same interview that she dropped the “pink” and “green” codes, Dr Webster flagged her team was promoting applications for the next round.

“We are now going to councils and people who are wanting to achieve great things for the community and asking them to step up and provide them with that information,” she said.

“Obviously we are going into an election and I want to be able to fight for projects across Mallee that are important to the community.”

The interviewer noted that the Deputy PM had bumped up Round Five from $200 million to $300 million and that applications for more than five times that amount.

“It might need to be even larger still going into the next federal election,” he suggested.

“I know and that’s what we’re pushing for,” Dr Webster replied.

You can bet she is, along with all her colleagues. Having proven impervious to shame, government members may as well attempt to outdo themselves. Pickleball courts for all.

Hopefully the Auditor-General also is asking those questions and will get answers in his inquiry into the BBRF – the one that appears unlikely to be completed before the election.

I received much the same information-empty answer that colleague Josh Butler did, complete with the “all eligible” line.

I expected nothing better, but sometimes you feel you should go through the motions on principle, just like “the councils and people who want to achieve great things for the community” seeking a fair federal government funding but who happen to live in safe Labor seats.

They don’t have much chance of being treated with integrity because the government running this racket don’t have any when it comes to exploiting public money for their political ends.

That’s the way it is with a government based on divisiveness, a government that has trashed ministerial standards and refuses to consider a decent integrity commission.

The result is that people and communities in safe Labor electorates are classed as second rate. They don’t count.