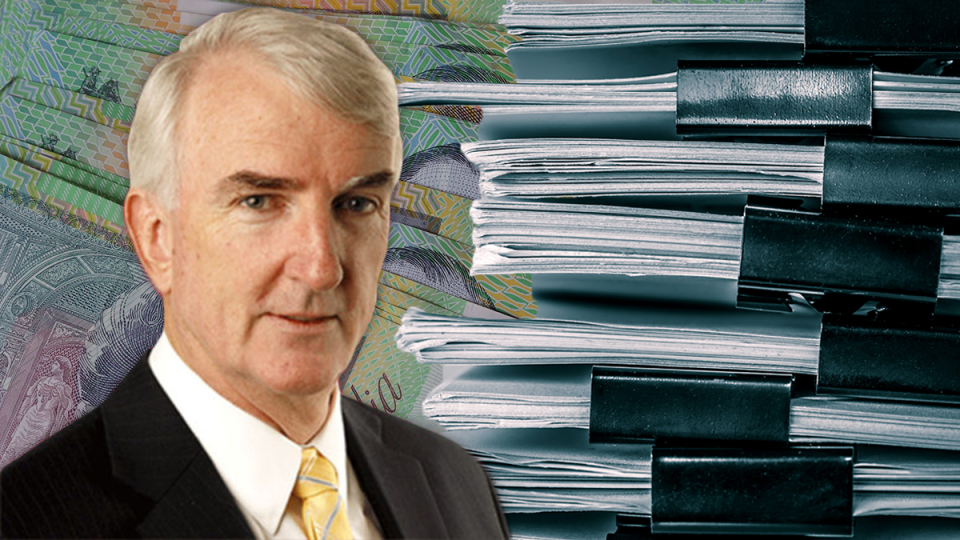 The Morrison government’s reluctance to reduce and prevent corruption, to shine light in dark places, is not limited to its rejection of a genuine federal integrity commission – it’s also running dead on disclosing corrupt foreign money being invested and laundered here.

That was the key local angle in Monday night’s Four Corners story on the Pandora Papers – the government’s failure to deliver on a repeated commitment to introduce a beneficial ownership register.

It also is what the Senate opposition and crossbench is aiming at with an inquiry into our current anti-money laundering laws, especially the exemptions granted to lawyers and accountants from having to meet the same standards as our banks when it comes to reporting dodgy dealings.

But this is not new news. For example, as long as people have suspected there might be some corruption in Papua New Guinea, it has been an open secret that hundreds of millions of dollars of corrupt PNG money has been ploughed into Australian real estate under various guises.

“Don’t ask, don’t tell” seems to have been the attitude of both sides of Parliament.

Transparency International’s 2015 country report on Australia gave us full marks on only one of the 10 beneficial ownership principles endorsed by the G20 summit in 2014. (There is a certain irony in that 2014 meeting being hosted by Australia in Brisbane.)

Australia scored 100 per cent for defining “beneficial ownership” – but proceeded to do little about it. Definitions are cheap.

Transparency International’s 2017 Doors Wide Open report on corruption in the real estate market found Australia had “severe deficiencies” and was “not in line with any of the commitments to tackle corruption and money laundering in real estate made in international forums”.

There was no requirement for these gatekeepers to report “even if they suspect illegal activity is taking place”.

Transparency’s Knocking on Kleptocrats’ Doors report in December found nothing had changed.

“Who really owns properties in Australia and the extent of money laundering through its real estate remains a pandora’s box, including to the authorities,” said Transparency, ahead of the trend with the Pandora’s Box label.

“This makes Australia a go-to destination for money laundering in the property market, especially for the proceeds of corruption in the Asia-Pacific region.”

Well, there’s something to be proud of – how Australia attracts investment.

Having hosted that 2014 G20 summit, Australia recommitted to introducing a beneficial ownership register in 2016 and again in 2018 – but nada.

In April, Transparency’s Australian chief executive said she had been told by Treasury that the government had no appetite for this commitment and was not open to pursuing it.

A spokesman for Senator Jane Hume, who has responsibility for the area, refused to answer questions on the government’s promise to deliver a publicly available beneficial ownership register that would make clear the ultimate owners in control of a company.

“The government is committed to improving the transparency of information around beneficial ownership and control of companies available to relevant authorities,” the spokesman said.

Which, in my opinion, means precisely nothing.

The 2016 Panama Papers leak shone a light into the same pit of international money laundering and tax evasion and avoidance as the Pandora Papers.

The Panama Papers generated plenty of headlines, claimed some high-profile scalps including Iceland’s Prime Minister and a Spanish Industry Minister, gave various tax offices names to investigate – and sent the usual suspects off to find new facilitators and partners.

Panama Papers names crop up again in the Pandora Papers. Nothing fundamentally changed, certainly not in Australia. The game went on regardless.

In Monday’s Four Corners program, Greens Senator Peter Whish-Wilson tried an angle that he thought might trigger public outrage: Battlers trying to buy their first home bidding against secret billionaires, some of them using corrupt money.

Australia being seen as an easy place for the criminal and corrupt to park money has more downside though than inflating housing prices.

By effectively acting as accessories after the fact, Australia becomes a party to the criminal activity, to the looting of poor nations.

“This reticence to set up a beneficial ownership registry undermines the efforts of Australia’s allies to actually plug the problem and check the problem,” she told Four Corners.

No, it never ends up being just the money when you get into bed with the criminal and corrupt.

So why has the Australian government run dead for six years on the promised beneficial ownership register and closing the money laundering loopholes?

Senator Whish-Wilson said the accounting and legal professions have “lobbied very ferociously in Canberra” to maintain the status quo.

I’d add the real estate lobby, the third of the relevant gatekeepers.

It is yet another symptom of the bigger problem for Australian democracy – the ability of powerful lobbies and donors to call the shots, to get what they want from government rather than what is right and best for the nation.