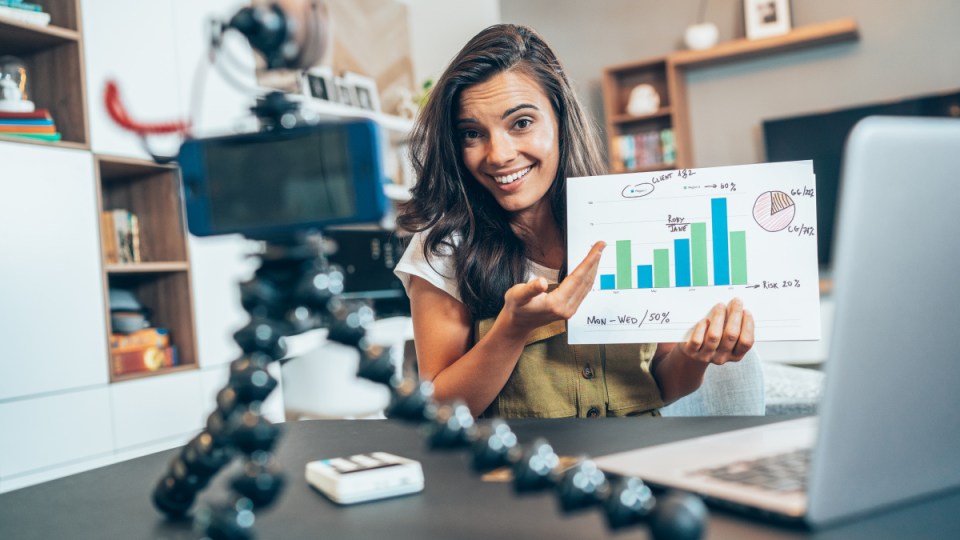 ASIC has launched a review into finfluencers amid concerns about pump and dump schemes. Photo: Getty

Social media influencers are being offered payment to spruik “dubious” cryptocurrencies to their thousands of followers amid concerns about ‘pump and dump’ schemes.

It comes as corporate regulator ASIC launched a review into selected ‘finfluencers’ (financial influencers) after the ACCC found thousands of Australians had lost more than $35 million in cryptocurrency scams in just six months.

ASIC is concerned about a rise in pump and dump schemes – in which people aggressively promote a stock or digital asset on social media to encourage more people to buy it, so they can then ‘dump’ the stock at a high price to profit from the investment.

Once the promoter dumps the asset, the price crashes and the other investors lose their money.

They told The New Daily they had received and rejected “dubious” offers to promote certain cryptocurrencies in exchange for coins – offers that appeared to be pump and dump schemes.

Ms Nikolic said she had also alerted ASIC to the possible unethical conduct of other finfluencers.

She said she had no proof of misconduct but had noticed an “uptick” in people on TikTok “very favourably talking about quite dubious alternative currencies”.

“And you’ve got to wonder whether the attraction is the project itself, or the potential incentive-based marketing that’s behind it.”

Ms Nikolic showed TND a screenshot of a collaboration offer she received from a cryptocurrency company.

It appeared to impersonate another finfluencer in an attempt to dupe Ms Nikolic into promoting the cryptocurrency in exchange for coins.

Ms Nikolic told the company she thought what they were doing was illegal and never heard back from them.

Promoting financial products or services online is illegal unless the promoter has an Australian financial services licence (AFSL).

But University of Sydney academic Andrew Grant said this was “typical” influencer behaviour seen in other sectors, such as beauty and wellness.

In July 2021, Australian finfluencers were called out for promoting a specific cryptocurrency on their subscription-based social media accounts.

Dr Grant said people were vulnerable to exploitation because they aspire to influencers’ lifestyles.

He also said social media instilled a level of trust and respect that licensed financial professionals find hard to replicate.

Chronos Private principal adviser Chris Giaouris, a licensed financial adviser, said as with any industry, some influencers on social media had good intentions and others were there to make “a quick buck”.

He said people are typically bad investors because “we’re emotional beings” that get “FOMO” when we hear of popular trends.

“Emotions and investing – it can be a disaster combining those two things,” Mr Giaouris said.

What ASIC is doing to address the issue

In a question on notice, ASIC said it was undertaking a review of selected finfluencers.

Ms Etschmann had a meeting with ASIC at its request, and said the organisation seemed to be focused on “information gathering” for now.

“They asked why I’d grown in popularity,” she said.

“They weren’t really trying to find out one specific thing … it was more like a conversation, and them finding out more about [finfluencers] and what we do and why.”

Finfluencers are not allowed to give financial advice unless they have an AFSL, but Ms Etschmann said the lack of further guidelines was a “very big grey spot”.

Ms Etschmann said that just telling people what she had done to improve her finances – without specifically recommending products or methods – could be enough to influence some people to copy her.

“I would love some more regulations and guidelines,” she said.

When Ms Etschmann asked ASIC for clarification on this issue, they told her to get legal advice.

But she said lawyers are reluctant to give advice on the matter.

An ASIC spokesperson told TND a “key part” of its work was to educate finfluencers on whether they need a licence.

“We are considering releasing an ASIC report or other communication outlining our findings and better practices,” they said.

ASIC will also look into how financial services law applies to finfluencers, and if ASIC’s online regulatory guide needs to be updated.