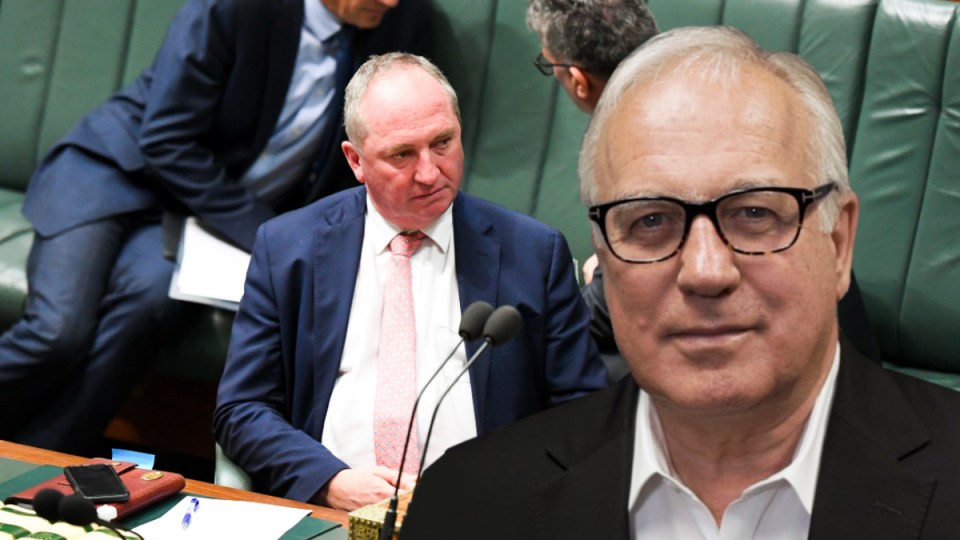 The fear of losing money is pushing the Coalition towards a net-zero target, writes Alan Kohler. Photo: TND/AAP
analysis

The Coalition’s forthcoming launch of its net-zero emissions by 2050 target will have zero credibility unless it is accompanied by legislation.

Treasurer Josh Frydenberg kicked things off on Friday with a speech to the Australian Industry Group, and Nationals leader Barnaby Joyce quickly made it clear in a Tamworth doorstop that there has to be a negotiation about compensation as part of it.

Actually, it’s clear from Mr Frydenberg’s speech that the government thinks the whole thing is about money: “We cannot run the risk that markets falsely assume we are not transitioning in line with the rest of the world”.

That is, it’s not about trying to prevent global warming, but controlling Australia’s cost of capital.

But as long as it happens, it doesn’t really matter why.

And Barnaby Joyce is right: The families and towns that rely on coal mining will have to be looked after when their industry is shut down, as it will be.

But there is nothing false about the markets’ assumption that Australia is not transitioning in line with the rest of the world – this government’s climate change record has been vandalism bordering on criminal.

It is now seven years and two months since the Coalition repealed the Clean Energy Act of 2011, and four and a half years since the then treasurer Scott Morrison brought a lump of coal into question time and told those opposite not to be scared of it.

Now the Coalition will try to persuade us that its efforts to prevent emissions reduction never happened.

Mr Morrison’s speech to the UN climate change conference in November will be a classic of sophistry and he will shamelessly campaign as a greenie in the federal election.

But given the Coalition’s history on the subject, none of it will be credible unless there is a Clean Energy Bill 2021, a decade after the first one, which sets out legislative greenhouse gas budgets between now and 2050.

Without it – if net zero is just an intention – it will be meaningless.

The UK could show the way

The model could be the UK’s Climate Change Act, passed by the Labour government in 2008, which set out emissions reduction budgets that must be complied with legally, to produce an 80 per cent reduction in emissions by 2050.

Australia’s next climate change law doesn’t have to introduce another emissions trading scheme like the one the Coalition repealed in 2014.

That’s because we still have one.

Instead, it established the Emissions Reduction Fund, run by the CER, which allows companies to generate ACCUs if they reduce emissions below their “baseline”.

The CER auctions ACCUs every few months – the last sale was in April and the average price was $15.99 per tonne – but there is also a spot market, where the price has recently shot up to $26 because of strong demand from companies looking to voluntarily offset their emissions.

So there is already an emissions trading scheme and a carbon market – it’s just inactive and undemanding of emitters, because their baselines are basically what they always emit.

The core legislation now required for a net-zero target is relatively simple: It must set out a series of carbon budgets over the next 30 years – five-yearly like the UK law would probably be best – that achieve a 100 per cent reduction by 2050.

That would mean the baselines listed on the CER website (here) for the 512 business that emit more than 100,000 tonnes per annum would be progressively reduced by law – not necessarily all to zero, but far enough that offsets such as tree planting would enable Australia’s emissions to be net zero in 2050.

The top 10 emitters are nine power stations and the Port Kembla Steelworks.

Will they have to close? Probably, unless their emissions can be offset by other heavy emitters closing down, or enough greenhouse gases can be removed from the atmosphere.

The International Energy Agency has made it clear that there are no coal mines in a net-zero emissions future, and steel and cement factories are under great pressure to come up with new low-emission ways of making their products.

The good news is that the government doesn’t have to decide which businesses get to stay open and which have to close – all it needs to do is set the 30-year budget.

Actually, when you have a hard target like net zero by 2050, the budget sets itself, which is why the government has been avoiding that target.

But as Mr Frydenberg said on Friday, the days of avoidance are over, if only because our cost of capital will go up.