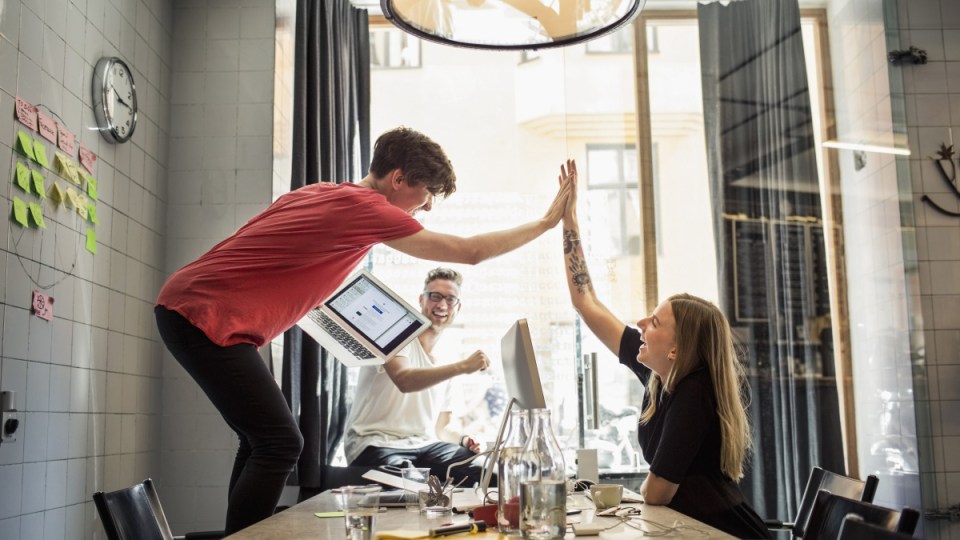 A new survey has found that more than half of Gen Z want to start their own business. Photo: Getty

A wave of younger Australians are using what they learnt in the classroom to set up online businesses that tap into the “regionalisation of people”, according to a prominent small business advocate.

“People are getting used to working from home … and they quite enjoy that flexibility in … being able to dictate your own hours,” she said.

“[The younger generation] are seeing that as … a new way of working [compared] to those of us who have been entrenched in that lifestyle of working nine to five in an office.”

Ms Boyd said setting up a business had become easier in recent years amid an “explosion” of opportunities to sell goods and services online.

It came as new research released by WP Engine on Tuesday revealed that more than half of Gen Z want to start a business.

The same report also showed that 54 per cent of Gen Z’s prospective business owners intended to start their businesses online.

Motivation to start a business

University student Kiara Clemente, 22, said she wanted to start a business long before the pandemic gave her the idea for her online gifting platform, All For Her Gifts, which she co-founded with her friend Emily Genoese, 25, in mid-2020.

Since starting their business with $10,000 of their savings, Ms Clemente and Ms Genoese have earned almost $200,000 in gross profits.

Their business is doing so well that they are looking to move into a warehouse and hire employees before the upcoming holiday season.

Ms Clemente said people who have lost work or spent more time at home during lockdowns are searching for other ways to earn an income.

Social media can encourage these people to start a business, she said.

“People are more knowledgeable about startups, and because of social media and the ability to connect with mentors online, [people are] more confident in [starting their business]”, Ms Clemente said.

ABS statistics released in June showed the number of businesses in Australia rose by 88,000 over the 2020-21 financial year.

Companies employing between 20 and 199 people experienced the fastest growth, but there was also a 15.2 per cent increase in the number of businesses with one to four employees.

Ms Boyd said it was unsurprising the younger generation was  starting businesses online because they were being taught about “entrepreneurial spirit” in schools and universities.

“I think the connectivity of the internet, the regionalisation of people, and people realising that you can work from anywhere has really arrived into the mind of younger people,” she said.

“All the stars are aligning to make small businesses entrepreneurialism really explode in the next few years.”

Although it is tough to start a business, Ms Boyd said Australia’s small business market was ripe with opportunities.

“It’s competitive, but there’s plenty of opportunities for unicorns out there – it just depends on having the right idea,” she said.

Ms Clemente said persistence was the most important quality in new business owners.

“When we started, we had a really good first month, and then it dropped suddenly,” she said.

“[We thought] ‘Are we doing something wrong? … Maybe [the business is] a failure’.

“But we kept persisting … We didn’t think [we’d achieve] the sales we’re getting at the moment.”

Maintaining a connection with customers and their feedback was another one of Ms Clemente’s key tips for small business success.

Ms Boyd said apart from the typical requirements of starting a business, such as understanding your target customer base, there was one other quality people needed to start a business.

“It just takes somebody who’s willing to grab the opportunity with two hands and run with it.”

Gen Zs are rushing to start their own businesses