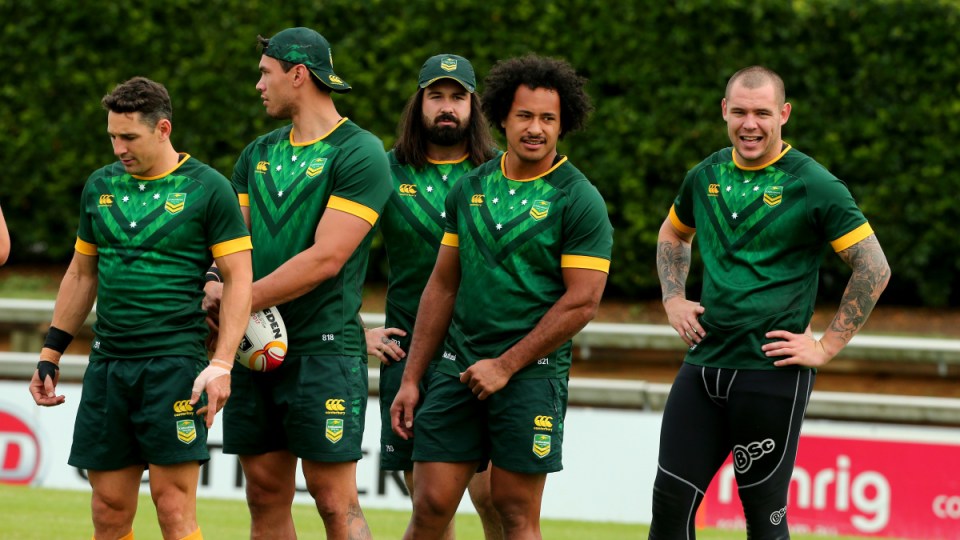 He didn’t want Paul Green to leave but Felise Kaufusi has backed Billy Slater to become the next Queensland coach, saying his ex-teammate is more than ready to step up.

Slater has reportedly been offered a three-year deal by Queensland after Green stepped down from the role following a 2-1 series loss on debut.

Kaufusi believed Queensland was heading in the “right direction” under Green after winning State of Origin game three, but has since thrown the welcome mat out for Slater to become the Maroons’ fourth coach in as many years.

“We fell short this year and that is on us as players. We got flogged in the first two games,” the Maroons back-rower said.

“I think we showed in the last game what we are capable of.

“I thought we took a step in the right direction and we were hoping to continue that next year with him (Green).

“Now they have gone a different way. If it is Billy Slater who comes in, it will be a nice breath of fresh air and hopefully can get us back on top again.”

The likes of Immortal Andrew Johns has claimed it is “too early” for Slater, who retired in 2018, to be named Maroons coach.

But Kaufusi said Slater had shown during their time together at Melbourne and as a Maroons coaching consultant he was primed to excel at the job.

“He’s been coaching me my whole career. The only thing that has been missing is that title next to his name,” said Kaufusi, who has played 151 NRL games and 12 Origins since his 2015 debut.

“The finer details that he picks up on that you don’t realise, he sees things that other players and coaches don’t see but it makes a big impact on the game.

“And he’s got a good grip on where the game is heading as well – I think he would be a good fit for the Origin arena.”

“He has a passion for the game and for that Maroons jersey,” he said.

“Everyone stops and listens when he has something to say.

“He definitely has that aura about him.”

NSW back-rower Dale Finucane admitted he would be wary of any Maroons side under Slater after watching him work closely with premiership-winning Melbourne coach Craig Bellamy.

“I think he will make an outstanding coach although if I were in the NSW side I wouldn’t like to be on the receiving end of his coaching,” said the Storm forward.

“He will have a high expectation on what he expects from everyone (at Queensland).

“I know what attention to detail Billy has.

“Even as a player he was a coach from a tactical point of view.

“I think coming from the Storm system he would have learned a lot from Craig.”