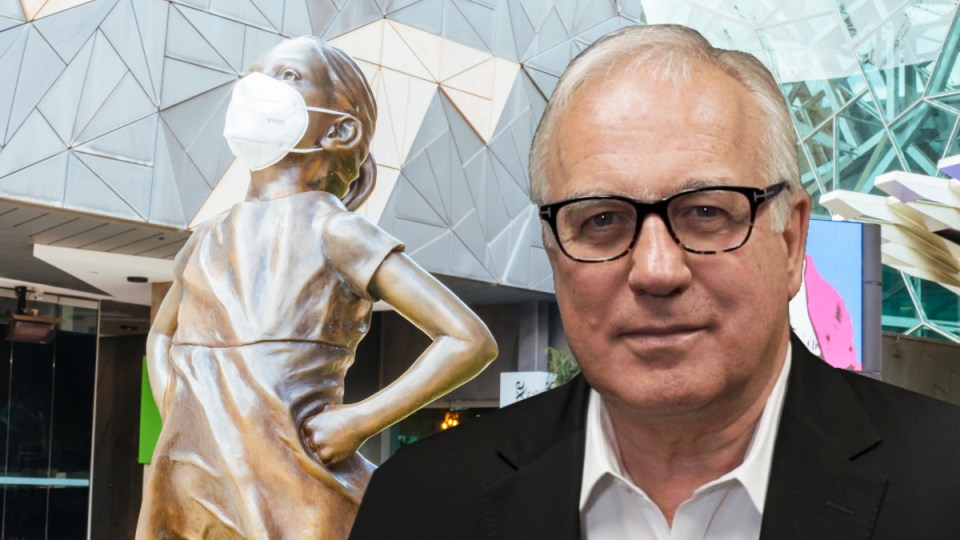 The modelling from the Doherty Institute released this week makes it clear there will be no escape from COVID-19.

There has still been no clear statement from any political or medical leader about whether the Australian plan is to try to eradicate the virus or live with it – very few clear statements about anything, to be honest – but we have to face it: We’ll be living with it.

That means masks, tests, distancing and vaccine passports – if not permanently, then for a very long time.

We know this because the Doherty work was based on a transmission potential (or R0) number of 3.6, which led mathematically to the conclusion that an easy-to-reach vaccination rate of 56 to 64 per cent per cent would be needed for restrictions to be relaxed.

The government is talking about vaccination rates of 70 to 80 per cent, but that’s just another example of the epidemic of official fudging going on at the moment, especially from the federal government.

So modelling from the Doherty Institute is saying we can get away with 56 to 64 per cent vaccination (of total population) as long as the R0 is 3.6.

That appears to be the key to the whole future of the pandemic in Australia.

The R0 refers to the number of people each infected persons infects, on average.

It’s not an inherent biological trait of a virus, but depends on the behaviour of populations. The mortality rate is separate.

According to the US Centres for Disease Control, the Delta variant of SARS-CoV-2, the virus that is currently giving us COVID-19, has a R0 of between 5 and 9. Other epidemiologists I’ve spoken to this week agree with that.

Why did the Doherty Institute go with 3.6 instead of 5? Or worse still, 9?

Because it based that number on how the virus was spreading in New South Wales in March this year.

There weren’t a lot of restrictions in NSW in March, but there were some: Venues were capped at one person per two metres except for gyms, while weddings and funerals were capped at 300; masks were mandatory on public transport and “strongly encouraged” in other indoor venues where social distancing was not possible.

The R0 of 5 to 9 is apparently what happens when there are no constraints at all, and given that no vaccines are 100 per cent effective, that means there is no level of vaccination that would eradicate SARS-CoV-2 with no social constraints.

There may be a combination of vaccination and constraint that would eliminate the virus, but we don’t know.

So the virus will be with us, no matter what, and it seems clear that vaccination passports will be required for travel, joining large crowds at venues and, probably, going to work.

This issue has not been addressed and is another slice of the official fudge cake that we’re munching on, along with vaccinating children and how businesses hit by future lockdowns will be looked after.

A battle of rights

It may have to be decided in court in each state: The Norwegian Cruise Line is suing the US state of Florida to overturn the law there that prevents businesses from demanding customers show proof of vaccination.

The company wants passengers to be vaccinated; Florida says that would be an affront to liberty.

Florida is an especially libertarian US state so it may not come to that in Australia, but the question of whether the right to freedom or the right to not get sick is the higher “right” will have to be resolved – everywhere in the world.

Many companies are already lining up to talk to a Melbourne business named OnePassport, which has built an HR system and mobile phone app that links to the Australian Immunisation Register (AIR) and automatically shows whether someone is vaccinated, against any disease.

Amazingly, the federal government only passed a law requiring COVID-19 vaccinations to be uploaded to the AIR in May, so any done before then won’t necessarily be captured.

It’s hard to imagine any Australian government following Florida and preventing companies from requiring proof of vaccination, but they will probably stop short of a national or statewide law requiring vaccine passports when going into crowds or travelling – for fear of losing the local libertarian vote.

So it will be left to individual companies and venue owners, which means it will be a mess.

I suspect most companies and venue owners will require digital vaccination passports of their employees and customers, if only to avoid litigation and keep insurance premiums down.

So here’s what the future looks like: Masks in crowds and while travelling, permanent limits on crowd numbers, occasional lockdowns, vaccine passports and tests all the time, whether or not you are vaccinated (ask Shane Warne).

Disease concern for survivors of Afghanistan earthquake
Steve Smith confirmed as starter for first Test against Sri Lanka
Matildas will be keen to forget 7-0 drubbing by Spain
Upcoming stats will reveal where and how hard rates are hitting economy
Victorian MPs pocket a tidy 2.75 per cent pay raise
Reserve Bank review isn’t a ‘get the governor’ exercise: Jim Chalmers
Wayne Swan: How the pandemic has reshaped our politics
Today's Stories

Alan Kohler: Some clarity in an epidemic of fudging