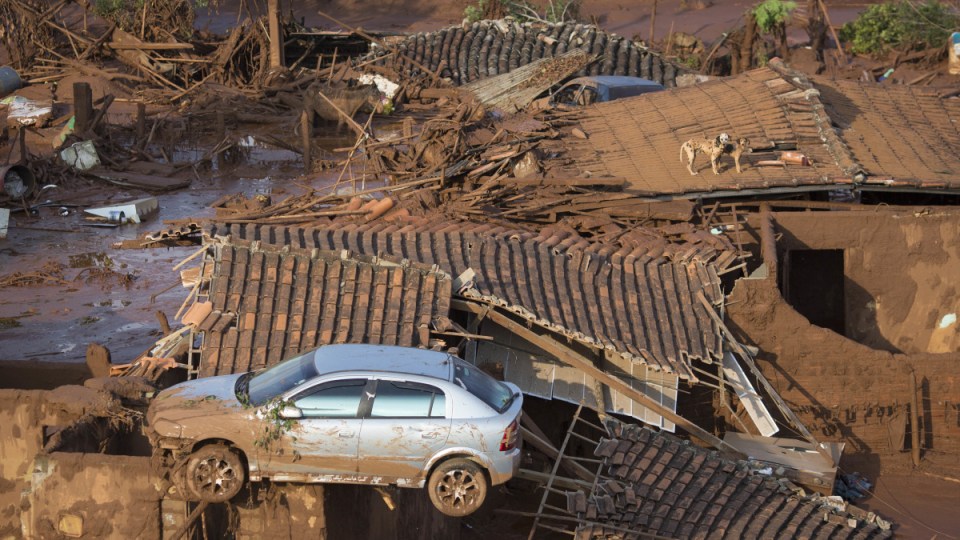 A UK court has reopened a lawsuit against BHP over a dam burst that caused massive damage in Brazil. Photo: AP

A group of 200,000 Brazilian claimants have been pushing to resurrect the English lawsuit against BHP since a lower court struck out the case as an abuse of process in November and a Court of Appeal judge upheld that decision in March.

“Whilst we fully understand the considerations that led the judge to his conclusion that the claim should be struck out, we nevertheless believe that the appeal has a real prospect of success,” three Appeal Court judges said in Tuesday’s ruling.

The collapse of the Fundao dam, owned by the Samarco venture between BHP and Brazilian iron ore mining giant Vale, killed 19 and obliterated villages as a torrent of more than 40 million cubic metres of mining waste swept into the Doce river, reaching the Atlantic Ocean, over 650 kilometres away.

The group claim – one of the largest in English legal history – has been brought by law firm PGMBM on behalf of Brazilian individuals, businesses, churches, organisations, municipalities and indigenous people.

Tom Goodhead, a PGMBM managing partner, said it was a “monumental judgment” and that his clients felt this was the first time judges had recognised the importance of the case.

BHP, the world’s largest mining company by market value, has labelled the case pointless and wasteful, alleging it duplicates proceedings in Brazil and the work of the Renova Foundation, an entity created by the company and its Brazilian partners to manage reparations and repairs.

“BHP’s position remains that the proceedings do not belong in the UK,” it said in a statement.

“Issues brought by the claimants are already covered by the work of the Renova Foundation, by existing decisions of the Brazilian Courts or are the subject of ongoing legal proceedings in Brazil.”