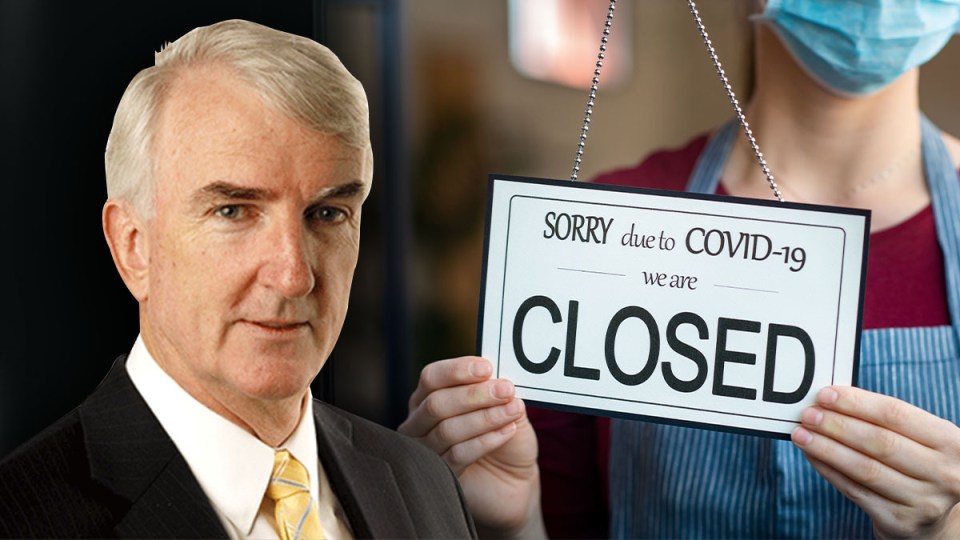 Nothing like a crisis to test how genuine people are.

The lockdown in three states is providing a quick measure of how fair dinkum businesses are about their staff.

The near-daily parade of employers complaining about a shortage of workers, demanding the borders be opened tout suite, should have the corollary of businesses cosseting the workers they already have.

At the same time though, a seed of doubt has been sown about what happens next.

With the open-ended nature of the current outbreak and the  government’s reduced fiscal support, business and consumers might well wonder about the strength of the bounce back after a weak or perhaps negative September quarter.

The Morrison/Frydenberg plan for this financial year going into the federal election is to rely on the consumption surge continuing as people spend the extra savings they tucked away last year, plus tax breaks continuing to encourage businesses to pull forward equipment purchases.

With the vaccination rollout in disarray, hope for a return to something more like normal has been postponed to a date in 2022.

Pre-Delta, many of us thought we were already there, closed international borders notwithstanding.

Confidence can be a fragile thing. The record levels being reported a month or so ago are gone.

Will people spend as willingly out of this lockdown as they did last year? Maybe – or maybe not.

And the economic goalposts are always moving. Australians spending their usual travel deficit at home, the better part of $20 billion a year, is now baked into the figures – it doesn’t deliver growth next time round.

That is while the federal government’s contribution is contracting. All the simplistic budget talk of big spending papered over a fiscal contraction of a couple of per cent of GDP.

The momentum is there in construction – that’s not about to change despite losing a few weeks’ work – but consumption overall is less certain, particularly if workers lose confidence in their employers.

The uncertainty of the pandemic, lockdowns and recession put a premium on the security of the worker’s existing job.

The new lockdowns are testing how much of that loyalty is a two-way street.

The speed of the recovery coming out of last year’s lockdowns, the boom conditions in some industries and the strong profits recorded by most over the past financial year, should have employees casting a wary eye over how quickly and on what terms employers are standing them down now.

The reported shortage of workers in many occupations will still be there when this lockdown ends. The borders aren’t opening.

Without JobKeeper, employers would be wise to consider who will wear the pain of cash flow interruptions while the Delta variant is at large.

Anecdotally, there are nicely profitable corporations being quick to tell employees they can use their holiday pay during lockdown or go whistle.

This is the airline of which the Sydney Morning Herald’s Liz Knight wrote in May: “Qantas boss Alan Joyce has a real knack for sharing the pain but capitalising on the gain.

“When Qantas emerges from the COVID crisis, it will have picked up about 10 percentage points in domestic market share, slashed its staff numbers by a third and taken $1 billion out of costs. Its remaining workers will have a pay freeze and travel agents selling Qantas seats will see commissions cut from 5 per cent to 1 per cent.

“And miraculously, the airline is now expected to produce profit (before depreciation) over the next couple of years that will be double what it made before the pandemic.”

Qantas has the advantage of there being a very limited market for people who want to work for an airline. That’s not the case in construction.

The construction sooks bleating about their first experience of lockdown when they’ve been enjoying boom times should be mindful of how short-skilled they are when deciding how to share the pain.

Ditto those retailers and others who have proven to be very profitable indeed, who have had “a good war”.

For them, it’s a time that will test the quality of their relationships.

A lesson taught by a private business succession planning specialist is that employees routinely overestimate how profitable an enterprise is.

A crisis can provide the opportunity for greater transparency with employees, with benefits flowing both ways.

And if it’s embarrassing to disclose the business’ level of profitability because it’s so high while wages have been screwed down and payless lockdowns ordered, it’s time to share more than information.

Michael Pascoe: Quick test for how genuine employers are about staff and confidence