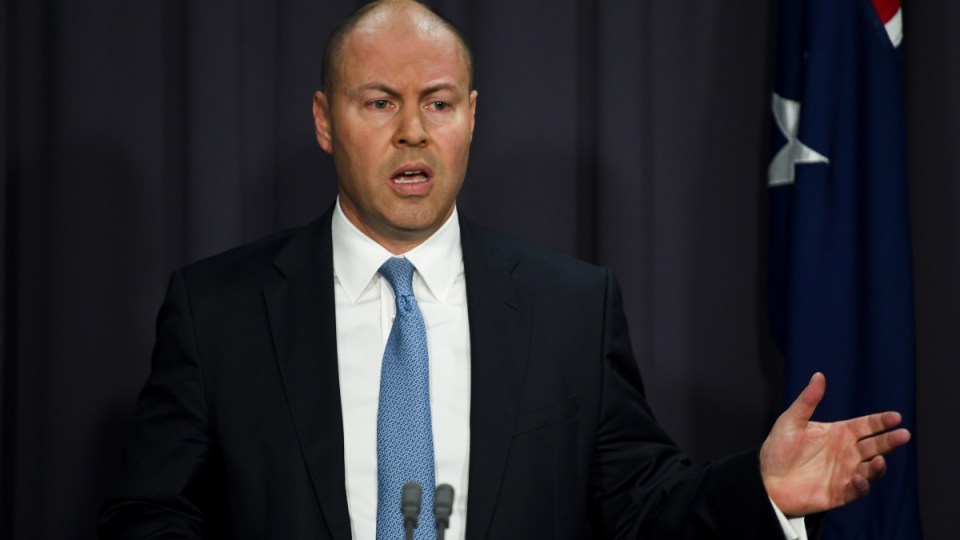 The final budget outcome for 2020/21 was an underlying budget deficit of $134.2 billion. Photo: AAP
analysis

According to Treasury over the next 40 years the average income of a full-time employee is going to surge from $89,000 today to $164,000 in 2060, and that’s after for adjusting for inflation. In other good news, life expectancy is tipped to rise, and the GDP of the Australian economy is expected to more than double in size.

But despite all the good news heading our way the Treasurer wants you to be afraid. Very afraid.

The front page of The Australian moaned ‘Our bleak future: Births to fall, deficits to stay’.

The Australian Financial Review focused on ‘40 years of deficits’, but what neither paper reported – because the Treasurer Josh Frydenberg didn’t mention it – is that all of the Budget numbers in the so-called Intergenerational Report (IGR) are based on the assumption that we all have a lifetime of big tax cuts heading our way.

Indeed, Treasury is forecasting that even after Scott Morrison’s so called ‘Stage 3 tax cuts’ deliver more than $9000 per year in tax cuts to high-income earners in 2025, there will be further income tax cuts every year between 2035 and 2060. Scary, huh?

You would think that forecasting decades of income tax cuts would be a big, good news story for the Morrison government.

But again – the whole point of the Intergenerational Report is to scare Australians into believing that we need another big dose of ‘reform’ if we are to stop the economy going to hell in a handbasket.

If people thought that the economy and the budget were in good shape, they might start demanding simple things like more funding for health, education and protecting the environment.

So, how do you make 40 years of growth and prosperity seem like bad news?

Simple. Bury some dodgy assumptions deep in the economic modelling and hope no one asks any simple questions about them.

The main assumption that drives the ‘looming catastrophe’ story is that spending on health and education is expected to grow, but that revenue from our progressive income tax system is assumed to be capped at an arbitrary, and meaningless, 12.7 per cent of GDP.

Yep, you read that right. Even though the inflation-adjusted average income is expected to rise to $164,000 by 2060, the Intergenerational Report assumes that we won’t get any steady increase in income tax revenue because Treasury assumes future governments will cut income tax rates to ensure their arbitrary cap is never breached.

In justifying this assumption, the report’s authors state “the emphasis of the reports rested on pressures that demographic change was likely to impose on future government spending”. Read that sentence again if you need.

What it says is that because the whole purpose of the Intergenerational Report is to get us to worry about the gradual rise in spending all governments experience, it wouldn’t help to mention that tax revenues tend to rise automatically as well.

One reason that government revenues tend to rise is something called ‘bracket creep’, which simply means that when inflation pushes us into higher tax brackets we pay a bit more tax even though our spending power hasn’t changed.

But get this: The forecasts in the intergenerational report are all adjusted for inflation.

Treasury expects people in 2060 are going to have much higher real incomes and spending power than people today, but Treasury wants to make sure they pay less tax than us in order to protect the arbitrary ‘tax cap’ they have burned deep in their modelling.

But according to Treasury, people earning $200,000 per year in 2060 should pay a lot less tax than someone earning that much today. And it’s those future tax cuts for future high-income earners that ‘cause’ all the future deficits that the Treasurer wants us to worry about.

But despite the fact that Treasury has made this assumption in all five of its Intergenerational reports, it is important to highlight that there is nothing in economic theory – not a word – that suggests that it is ‘efficient’, ‘fair’ or in any way ‘necessary’ to ensure that the amount of tax collected from high-income earners doesn’t rise when the number of high-income earners rise.

Australia is already one of the richest countries in the world and our Treasury expects our national income to more than double by 2060.

But rather than popping champagne corks, Treasury’s assumption that we need to cut income taxes every year means the public is told that we ‘can’t afford’ to provide high-quality health and education to all Australians. But of course, we can.

As new book The Nordic Edge: Policy Possibilities for Australia by Andrew Scott and Rod Campbell makes clear, if Australia based its policy making on the successful Nordic countries we could easily have much better health, education, welfare and, if we wanted one, a much smaller budget deficit.

The fact that they collect more tax than us hasn’t ruined their economies, but if Treasury assumed that tax revenues might grow with our incomes it sure would ruin their scare story.