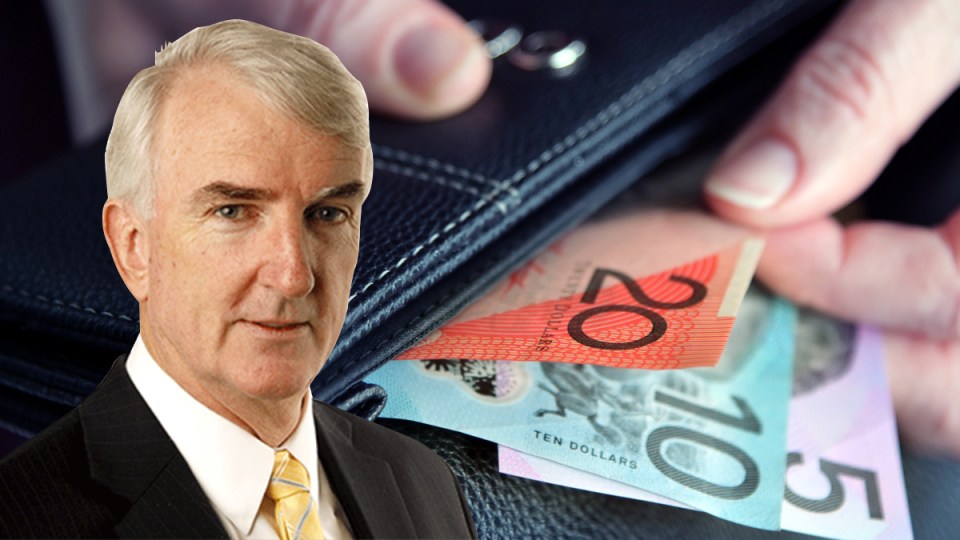 And in the process Dr Lowe has effectively poured scorn on the business lobby’s miserly response to this week’s minimum wage rise.

In a major speech in Toowoomba on Thursday just before the Australian Bureau of Statistics released its much-stronger-than-expected employment numbers, the governor zeroed in on wages failing to rise even when the labour market is tight.

“It is noteworthy that even in those pockets where firms are finding it hardest to hire workers, wage increases are mostly modest,” he said. “There are some exceptions to this, but they are fairly isolated.”

Barely a day goes by without employers complaining about a shortage of skilled workers, something Dr Lowe noted as restricting output, but business is still resisting the obvious market forces solution – pay more.

Dr Lowe gave a speech five years ago that displayed dismal knowledge of the real world of suppressed wages. At the time, I called it the worst speech I’d read by a governor.

He’s caught up, explicitly recognising cost reduction as “the predominant mindset of many businesses”.

“This mindset can be helpful in making businesses more efficient, but it also has the effect of making wages and prices less responsive to economic conditions,” he said.

Dr Lowe attributed the attitude to scarring from the resources boom days when the Australian dollar was worth more than the US dollar, resulting in many businesses saying our cost structure, including labour costs, was uncompetitive.

“This experience has left a lasting imprint on many businesses and it has reinforced the narrative about the importance of cost control,” he said.

“Against this background, the economy is now recovering from the pandemic and some firms are finding themselves facing labour shortages. At least some of these businesses face a choice: Do they increase wages in an effort to attract new employees and put up their prices or do they pursue another strategy?

“Many firms are choosing this second option, relying on non-wage strategies to retain and attract staff. Some are also adopting a ‘wait and ration’ approach: Wait until labour market conditions ease, perhaps when the borders reopen, and until then, ration output.”

With this business mindset along with globalisation, technology and industrial relations changes depressing wages, Dr Lowe said there was limited upward pressure on wages even in tight labour markets.

That won’t be overcome “until a tight national labour market is sustained for some time” – RBA-speak for “some years”. 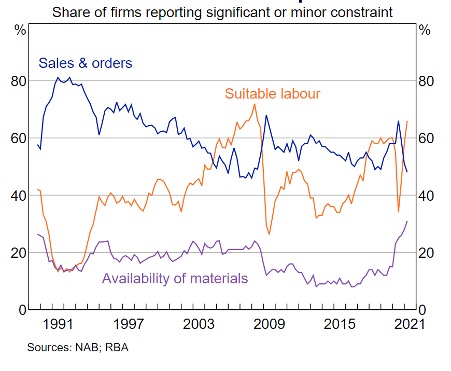 That business mindset was on full display this week as the various lobby groups decried the 2.5 per cent increase in the minimum wage to be phased in from next month.

The national employer association, Ai Group, was typical: “A 2.5 per cent minimum wage increase is unwarranted when the latest inflation figure is 1.1 per cent and with wages across the economy only rising at an average rate of 1.5 per cent.”

Citing the year-to-March Consumer Price Index figure is cute – it was artificially lowered by emergency COVID measures and is about to snap back, as Dr Lowe spelt out on Thursday. He expects year-ended inflation will spike to “around 3.5 per cent” at the end of the June quarter.

The 2.5 per cent minimum wage rise will be behind inflation even before it starts to be paid.

But, of course, it’s actually much, much worse than that in the real world, the after-tax and after-transfer reality glibly overlooked by nearly everybody.

The fine print at the back of the government’s own submission to the Fair Work Commission quietly acknowledged that reality. It showed that last year’s nominal 1.75 per cent increase in the minimum wage was no increase at all in disposable income.

For a single person with no children (and therefore with minimal interaction with social security), that supposed $13-a-week increase became $11 after tax – a 1.48 per cent rise.

A single-income couple with one full-time minimum wage, the other on JobSeeker, only increased their disposable income by $2. Put another way, they only retained 18 per cent of the increase.

David Plunkett, a master of the complicated interaction of our tax and transfer system, has been calculating how much the 2.5 per cent rise will be worth.

In the real world of a single person on JobSeeker working three shifts a week on the minimum wage, the theoretical 2.5 per cent rise of $11.28 a week turns into $3.20 – the government gets the rest.

The 2.5 per cent minimum wage increase flows on to some two million people on awards.

How much they actually get will depend on their individual marginal tax rate and whether they receive any government assistance – but it will be substantially less than the inflation rate.

It will also be a breeze for many businesses that are enjoying an economy that is actually booming on many fronts with overall business profitability soaring.

It is typical of the business lobby, the business mindset, to complain about having to award labour a larger share of the larger pie, to pretend that all businesses are faring as badly as those that might not survive.

Eventually though, that attitude is not sustainable. Our consumption-led recovery depends on decent wage growth after the present COVID sugar hit passes.

If market forces are allowed to work, business will eventually have to be prepared to pay more for labour, either passing on that extra cost in higher prices or absorbing it in the profit margin or a bit of both.

But for now, the very well-paid business lobby will stamp its collective foot and increase its demand for the government to allow in foreign workers as quickly as possible.

Well, at least the RBA is now awake to the game. We’re yet to see if the Morrison government is.