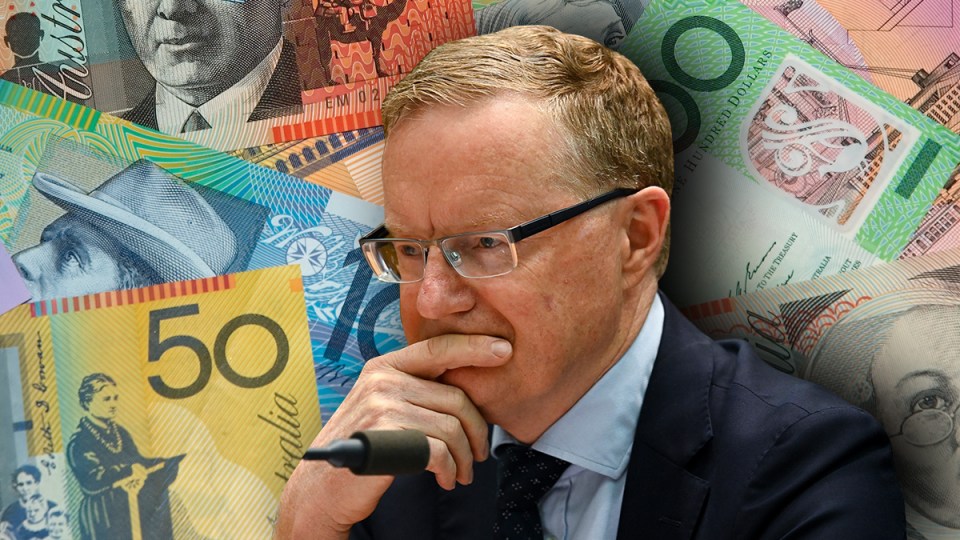 High employment numbers are prompting a reappraisal of when rates will go up. Image: TND

You’ve probably seen the headlines: The economy has roared back from the pandemic recession last year and is now soaring to new heights.

On Thursday unemployment fell back to pre-COVID levels, just weeks after Australia cemented its position as one of just a few nations with a larger economy now than before the crash last March.

Economists call it a ‘V-shaped recovery’, and it’s remarkable to be sure.

Just ask Treasurer Josh Frydenberg, who’s been supplied with plenty of positive talking points about jobs and growth over the last few months.

But despite all the positive news, you probably don’t feel much better off.

That’s because you aren’t. In fact, once you peek beneath the surface of Australia’s world-leading COVID-19 recovery, the picture is pretty bleak.

How bleak? So bad that, over the last decade, Australia has stagnated.

The economy just clocked its slowest decade of growth since the 1960s, and (no surprises here) workers have copped the brunt, emerging about $11,500 worse off than they would be if pre-2012 growth had persisted.

It was all laid bare in an alarming Productivity Commission (PC) report on Thursday that found Australia hasn’t recaptured its mining boom glory.

Gross national income (GNI) and Gross domestic product (GDP) have grown below 1.5 per cent annually since the boom ended in 2012-13.

Those key indicators were often clearing 2 per cent a year in the 1990s.

Businesses stopped investing in new capital at the rates they were, making workers less productive than they would have been.

And as labour productivity growth slowed down, rates of improvement in living standards soon followed, while wages growth also plummeted.

It’s happened elsewhere too, including the US, UK and western Europe.

It has little to do with COVID-19 either, PC chair Michael Brennan said.

“Even if the last [pandemic] year of growth is excluded then this nine-year period still compared unfavourably to past decades,” he said.

“This mainly reflects a global productivity slowdown and the end of the mining investment boom, which has subdued investment and, through lower terms of trade, reduced the purchasing power of Australian[s].”

No one is exactly sure why the world’s developed economies have been largely treading water; it’s an issue that’s been described by Nobel Prize winning economist Larry Summers as secular stagnation. (Secular means it’s not a  cyclical issue, and so is structural in nature).

“[The reasons] are complex and they are not fully understood,” he said.

But we do know that “subdued levels of investment over recent times” is a key driver of lower labour productivity, Dr Lowe said.

Saving the next decade

A few green shoots point to the next decade being better than the last.

For example, business investment and labour productivity have bounced during the recovery, which Dr Lowe said has been encouraging.

But that’s more about the economy bouncing back from the recession than a sign of longer term growth, EY chief economist Jo Masters said.

“[Productivity] has picked up as we come out of recession, but you would expect that coming out of a recession,” she told The New Daily.

“The question is how do we sustain that?”

That’s a good question and as Dr Lowe explained on Thursday, it’s also very important for making sure the next decade isn’t slower than the last.

“The best response to higher debt levels is stronger growth in future national income, underpinned by a more productive economy,” he said.

The main challenge will be driving higher labour productivity growth.

“The first thing is to run a full employment economy,” he told TND.

It will also be important for businesses investment to lift considerably, because when firms buy new capital each hour worked tends to become more valuable, which increases income and therefore living standards.

Easier said than done though, and there’s a ways to go, Dr Lowe said.

“We have a fair way to go to reverse the decline in investment over the past decade,” Dr Lowe said.

Where Australia must invest

Luckily, economics is all about trying to solve as many issues as you can with the same policy solution, and Dr Lowe argues the (green) energy revolution happening around the world is a big opportunity.

He also said investments in the digital economy, infrastructure, human capital and agriculture technology are key priorities for investment.

“Changes in the global energy system are opening up new sources of comparative advantage for Australia,” Dr Lowe said on Thursday.

“We will need more investment to capitalise on this advantage, with much of this investment being in regional Australia.

“How well we do this will have a bearing on our future national income and the shape of the ongoing expansion.”

Unfortunately, the government isn’t exactly seizing the moment on renewables.

“It’s really important we grab hold of this … it’s the government’s role to make sure the investment settings are right [for renewable energy].”

That’s not the only area where political appetite is missing either.

When it comes to productivity reforms on the supply side – think tax and industrial relations – Mr Morrison has said he’s not planning on any big changes on the scale of the Hawke/Keating governments in the 1990s.

And changes the government has tried have fallen flat in the Senate.

“Economists have been arguing for big productivity enhancing reforms for some time,” Ms Masters said.

“It comes down to a question of political appetite, and we don’t seem to be seeing that.”

Ms Masters said tax, industrial relations and red tape reforms could boost productivity and had been recommended in numerous reviews.

The PC was pretty clear in its report on Thursday that governments will need to play a key role in addressing Australia’s productivity crisis.

“Governments [responses] will have a lasting effect on living standards,” the PC said.

“Considering that Australia’s poor economic performance in the 1970s was a key justification for the economic reforms of the 1980s and 1990s, the fact that the last decade of growth was even worse warrants further reflection.”