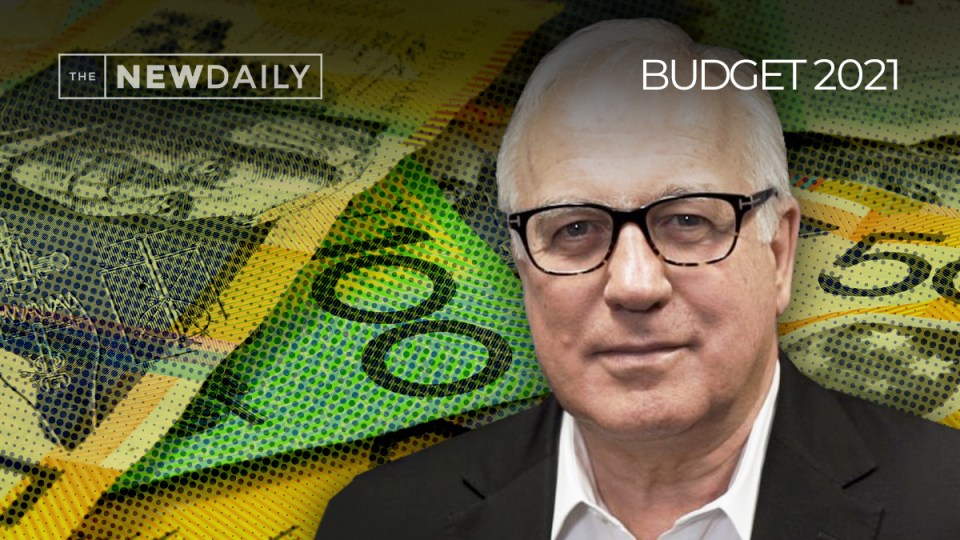 If your head is spinning at the idea of a Coalition government that came to office shrieking about a debt emergency now going on a spending spree with a starting deficit of $161 billion, and forecasting $1.2 trillion of gross debt, join the club.

It is a truly vertigo-inducing development, but there are two things to bear in mind: First, the world has changed, and not just because of the pandemic, and second, as always in politics things are not quite what they seem.

When the synapses of the current Liberals and Nationals were being formed in the 1970s and ’80s, the economic problem was inflation and inflation-fighters were in charge everywhere, including here.

The weapon of choice was unemployment. After 30 years of it averaging 1.9 per cent from 1945 to 1975, the unemployment rate has since averaged 6.8 per cent, including two episodes above 10 per cent. It worked.

Now the only problem with inflation is that it’s too low, and the modern challenge for policymakers is employment, under-employment and low wage growth.

Enter John Maynard Keynes, who said: “When the facts change, I change my mind. What do you do, sir?”

After its debt and deficits victory in 2013, the government fought the facts for a while, and fought the Reserve Bank’s efforts to get inflation up and unemployment down, and has finally capitulated.

That’s as much due to the pandemic as a desire to be re-elected: Above all, this is an election budget.

Before we get into the second point, and the details of the numbers, it’s worth remembering that with all budgets, whether it’s the nation’s, BHP’s or the local milk bar, the further out you go, the less meaningful are the figures.

In fact, after many years of doing newspaper budgets I’ve come to realise that the only number with any meaning at all is next year’s costs, which actually get set in the budget.

Next year’s revenue is a guess and after that … well, everything is a guess.

What I’m going to show you is that the Coalition has mainly seen the light in the future: The extra spending announced on Tuesday night looks dramatic, but in the here and now, it’s still tighter than a first-gear hairpin bend.

With any budget brought down on May 11, you can be pretty confident in the numbers for the financial year ending June 30 in the same year, since it’s got less than seven weeks left.

These are the most reliable figures in the document.

The 2020-21 deficit of $213.6 billion that was forecast in October would have turned into a deficit of $157.7 billion except that $3.3 billion in extra spending was announced yesterday, so this year’s official deficit is $161 billion.

It means that 6 per cent of the massive $56 billion improvement in the government’s fiscal position in the past seven months, due to lower unemployment and higher iron ore price, has been spent.

Not exactly spending like drunken sailors, although admittedly there isn’t much time left.

Next fiscal year – 2021-22, which is the one this budget is all about – is quite different, and it displays the most meaningful shift in the Coalition’s thinking, brought about by Treasurer Josh Frydenberg.

The improvement in the forecast bottom line between October and now would have been $23.6 billion, of which $18.2 billion, or 77.1 per cent, has been spent in this budget.

It hasn’t been actually spent, of course – just budgeted to be spent, but it probably will be.

They’re still keeping back a quarter of the forecast bottom-line improvement in 2021-22, which is probably wise, since anything could happen, but promising to spend three-quarters of it is a big change for this mob.

However, all of the political drama, the main spin of this budget, comes in 2022-23 and 2023-24 which, as discussed, are too far in the future to have much meaning, especially with an election in between.

In my view, measures budgeted to happen beyond next year are political announcements designed to have an impact now.

That’s always the case in federal budgets, but especially in election years.

So, let’s look at those further out years.

The budget measures for 2022-23 announced on budget night total $24.7 billion, half of which is the extension of full expensing for small business ($10.9 billion) and the loss carry-back extension ($3.2 billion). The other big-ticket item in that year is aged care ($4.6 billion).

So, 185 per cent of the estimated improvement in the bottom line for 2022-23 was budgeted to be spent in the budget.

In other words, the Coalition has had a conversion towards spending money and accepting deficits, but mainly in two and three years’ time.

By the way, there’s an interesting increase in the mysterious item called “decisions taken but not yet announced”, which I’ve always taken to mean “secret war chest”.

There must be an election coming.

Alan Kohler: The Coalition’s (sort of) conversion to debt and deficits