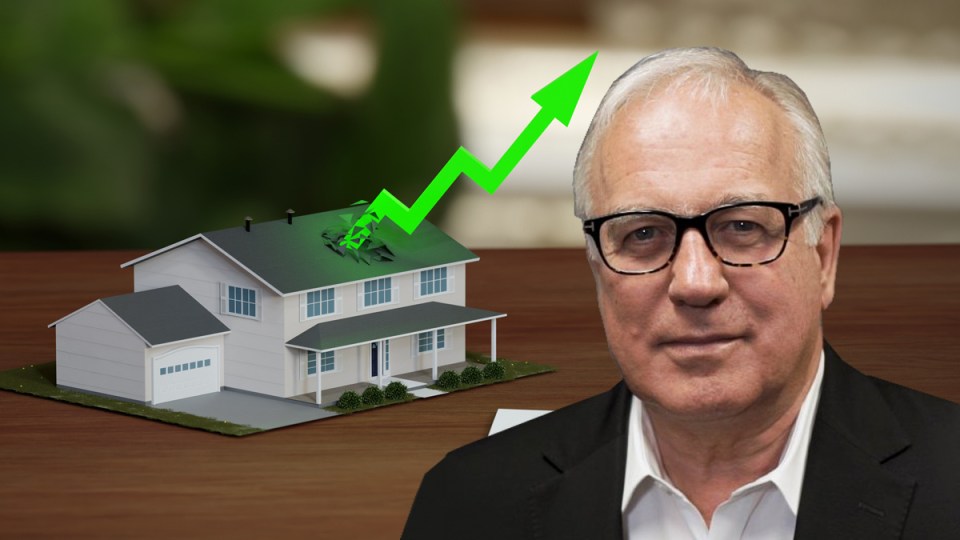 The problem with housing is that repayments are too affordable and many people are loading up on debt, Alan Kohler says. Photo: TND

The well-meaning efforts of the federal government to help people buy a house will only make matters worse.

On Saturday, no less than four ministers’ names adorned the top of a press release announcing that 10,000 buyers will soon be able to borrow 98 per cent of the price of a house.

Well, actually, the announcement was that government guarantees will allow that number of families to buy houses with a deposit of 2 per cent, and borrow the other 98 per cent.

There was also an increase in the amount that can be saved using the superannuation tax break from $30,000 to $50,000.

And the government is right to focus on the deposit rather than repayments, which are historically low (although it’s tough luck if you’re not one of the lucky 20,000 new low depositors/big borrowers).

Also, at the risk of being a nit-picker, the interest on savings these days is so low that the tax rate is neither here nor there.

Why will it make matters worse? Because the problem is not that houses are unaffordable, but that repayments are too affordable so that many people are loading up on debt.

I was asked on the ABC’s Q&A program on Thursday night about the affordability crisis, and what’s to be done, and drew an audible gasp from the audience when I said that houses are not unaffordable, but more affordable than they’ve been for decades.

With mortgage interest rates below 2 per cent, home buyers are borrowing more than they ever could, and spending more on houses than they ever thought they could.

Stories abound of houses going miles above both quoted prices and reserves, and frustrated under-bidders mutter bitterly to television cameras about the unfairness.

Let’s face it, house prices are not rising of their own accord or because vendors wish it, or by government fiat. It’s because buyers are bidding them up due to low interest rates.

At the risk of repeating a cliché, an asset is only worth what someone is willing to pay for it and, with houses, that is governed entirely by how much the buyer can borrow, which is currently a lot.

The problem, of course, is that interest rates won’t be this low forever and when they rise again, the debt will still be there.

The ABC studio had become a little rowdy. I ploughed on: The problem, I acknowledged, is saving the deposit, not making the repayments, which is where parents have to come in.

We’re all living much longer now, so by the time parents die and leave the house to the kids to sell for a deposit, it’s usually too late – the kids have retired already and grandchildren have long left home to go on their gap years.

In the absence of an early inheritance, giving 20,000 people the chance to buy a place with deposits of 2 and 5 per cent, instead of the usual 10-20 per cent, will only put more people in more debt.

One of two things will happen: Either a lot more people will get into trouble when interest rates eventually go up, or interest rates won’t go up at all because the Reserve Bank will baulk, in which case, economic policy will have been compromised.

More likely it will be a bit of both: A lot of borrowers will be forced to sell their houses when rates go up, forcing both prices down as well as household consumption, and the RBA won’t cool the economy to the extent it should when it gets overheated and inflation rises.

A more lasting solution would be to make long-term tenancy more appealing and leases longer in this country, as they are in Europe, and at the same time encourage developers and their financiers to build apartments to rent, rather than sell to individual landlords.

To get a little specific, one of the reasons for the Australian obsession with home ownership is that it’s the only way for many people to own a dog or cat.

New Victorian tenancy laws force landlords to allow pets, along with a number of other pro-tenant provisions.

But that’s just in Victoria and it has only just been passed, so it will take a while to sink in. Everywhere else in Australia, the landlord still rules the roost.

So one way to permanently take the heat out of the property market would be for other states to copy the new Victorian laws, and shift the balance of power in the system away from landlords and towards tenants.

And let them have a dog.

Disease concern for survivors of Afghanistan earthquake
Steve Smith confirmed as starter for first Test against Sri Lanka
Matildas will be keen to forget 7-0 drubbing by Spain
Upcoming stats will reveal where and how hard rates are hitting economy
Victorian MPs pocket a tidy 2.75 per cent pay raise
Reserve Bank review isn’t a ‘get the governor’ exercise: Jim Chalmers
View from The Hill: A budget for a pandemic, with next year’s election in mind
Today's Stories

Alan Kohler: How to cool the housing market is a pet subject