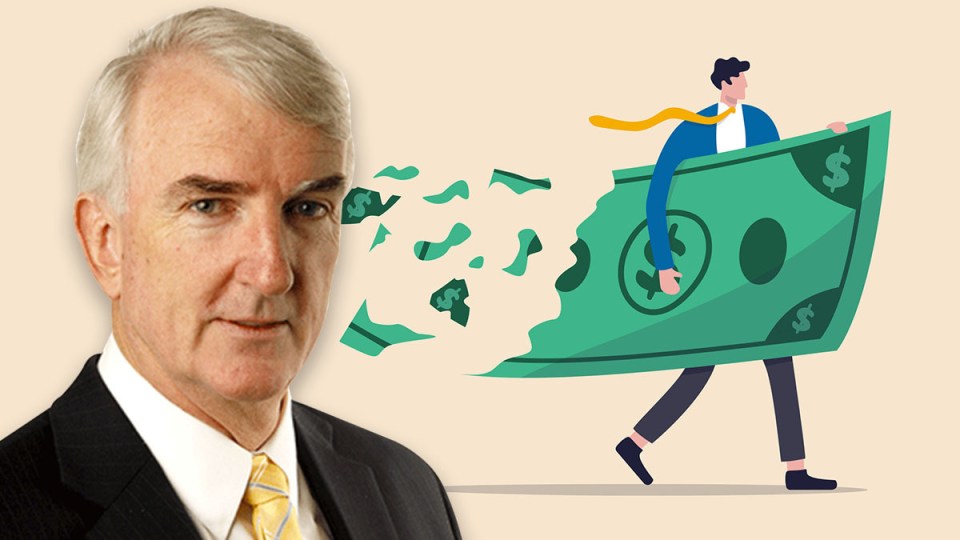 The government is pushing for no real increase in wages, Michael Pascoe says. Photo: TND

It takes a particular kind of gutlessness for the federal government to push for no real increase in wages without being game to say it.

That’s what the 109-page government submission to the Fair Work Commission boils down to – nudge nudge, wink wink, let’s have another stuff-all minimum wage increase that also impacts a couple of million workers on awards.

True to form, the government prefers to outsource bad news. In this case, blame the “independent” FWC – another body it is in the process of stacking, the latest star recruit being the failed Liberal politician, Sophie Mirabella.

For all the uncertain economic theory and graphs and charts and (often somewhat old) statistics in the submission, the key sentence, the money shot, is printed early: “Given the current uncertainties in the domestic and international economic outlook, the government therefore urges the panel to take a cautious approach, taking into account the importance of creating jobs for Australians and ensuring the viability of the businesses, particularly small businesses, which provide the jobs which are crucial to the economic recovery and the wellbeing of Australian families.”

As sure as neoliberals preach trickle-down economics, the government is re-running the discredited simplistic version of the wages v jobs story.

That’s the same story the FWC bought when it reduced penalty rates. That was supposed to increase employment. It did not.

And within that same key paragraph is the Morrison Liberal Party’s core political message: Pander to the base – small business.

The submission is careful in what it advises the FWC in order to get the government’s desired outcome. For example, it continues the Treasurer’s habit of selectively quoting the Reserve Bank, reaching back three years for a favourite line that can be bent to its purpose:

“As the Reserve Bank Governor Philip Lowe has stated, productivity growth is a key driver of wages growth.”

Not getting nearly as much attention is the RBA’s repeated and more recent stressing of the vital importance of boosting wages growth to something north of 3 per cent if the economy is to be able to get back to something like normal.

Yet while the intent of the submission is clear, the poor econocrats tasked with drafting it managed to include a few warnings and prevarications for those going beyond the politics.

In particular, tucked away towards the back are charts and graphs that prove last year’s alleged 1.75 per cent increase in the minimum wage was no increase at all in disposable income.

For a single person with no children (and therefore with minimal interaction with social security), the supposed $13-a-week increase became $11 after tax – a 1.48 per cent rise after tax.

A single-income couple, one full-time minimum wage, the other on JobSeeker, only increased their disposable income by $2. Put another way, they only retained 18 per cent of the increase.

Thus there is no excuse – the government knows from its own modelling how miserable the real-world outcome is for people on low wages suffering excruciating effective marginal tax rates.

Yet the submission earlier on conveniently overlooks the actual disposable income matter.

Include tax and the transfer system and that “1.0 per cent a year in real terms” is shot to pieces.

The submission makes a couple of the usual defences for the minimum wage being low – it’s a starting wage for many people, they move on to earn more. That overlooks the obvious corollary – for many it’s a poverty trap.

And then there’s the line that 23 per cent of low-paid workers are full-time students.

Let stand by itself, there’s a nudge and a wink that they’re young, they’ll move on, they don’t matter.

That skips over the real-world impact of the interaction of Austudy payments and working an extra day a week on the minimum wage.

David Plunkett has graphed that – for the extra effort of working a third day each week on the minimum wage, a single-income tertiary student couple would only gain an extra $1754 over the year.

In the same scenario, working a fifth day would actually mean losing $1144 a year. 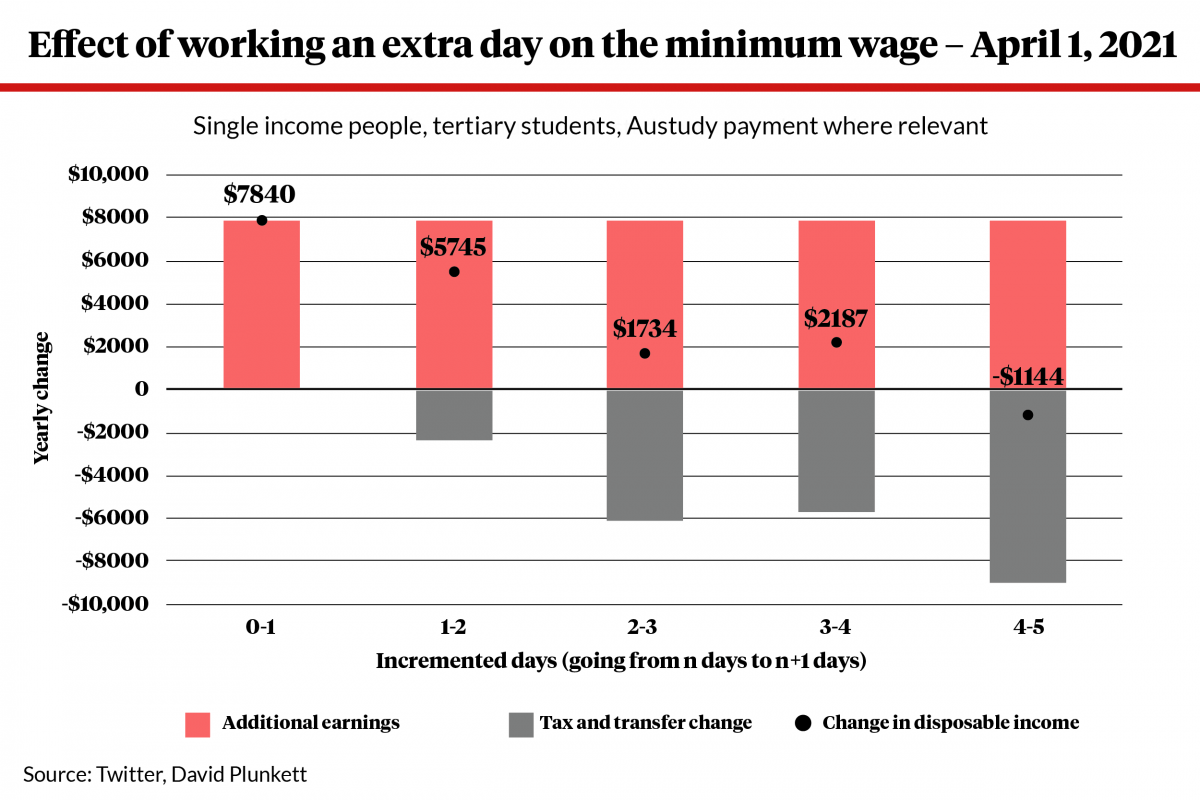 Yes, the line regularly trotted out by government types about needing to keep wages down or there will be no jobs is of, shall we say, “dubious” veracity.

And this is after years of substandard wages growth with consequent weak consumption growth and poor business investment.

Now Treasurer Josh Frydenberg is basing his recovery on those who were able to increase their savings last year suddenly rushing out to spend more despite miserable wages growth, if any.

Earth to Treasurer: Despite the talk of labour shortages in some areas, the wages outlook may well be worse than your low expectations.

Far beyond the minimum wage, Robert Half is a recruiter that specialises in the finance and IT sectors, two areas that have been doing better than most.

Research for the firm’s annual salary guide found only 32 per cent of companies intended to increase salaries for all employees this year.

More than a fifth – 22 per cent – said there would be no increases, 38 per cent said only top performers would get a raise and 8 per cent said they were “unsure”, which doesn’t sound promising.

That’s what’s happening beyond the realm of awards. And yet the government persists with its policies of wages suppression.

That leaves the RBA doing the only thing it can do, as the governor said in his post-board statement on Tuesday: “Beyond this, the bank is prepared to undertake further bond purchases if doing so would assist with progress towards the goals of full employment and inflation.”

Cheap money to fuel asset price inflation and increase wealth inequality. Nice for those who have assets. Too bad about those on low wages.