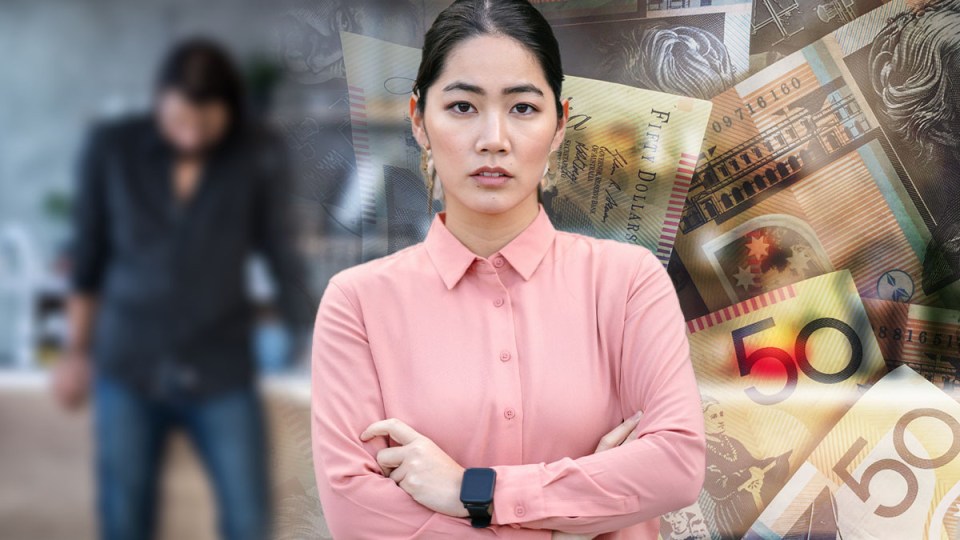 “Economic abuse is one of the most significant barriers to leaving a domestic violence situation,” said Laura Bianchi, a solicitor at Redfern Legal Centre’s financial abuse service.

“What we see with the reforms is the real risk of making it easier for perpetrators to commit economic abuse, so maybe more people will be experiencing this, with significantly larger debts.”

Contradicting banking royal commission recommendations from 2019, Treasurer Josh Frydenberg is pushing legislation allowing the biggest relaxation of lending protections in more than a generation – cheered on by the big four banks.

At the moment, banks are obliged to make sure customers aren’t unsuitable for the loans they apply for.

But Mr Frydenberg has been accused of failing to listen to mounting concern about removing those requirements, which force banks to make reasonable inquiries about financial circumstances.

The plan to dismantle the laws on credit contracts worth over $2000 will slash safeguards that protect those in abusive relationships from being coerced into debt, according to family violence advocates.

“Government policy should not create opportunities for perpetrators to abuse and take advantage of their partners,” Senator Jenny McAllister, Labor’s shadow assistant minister for the prevention of family violence.

“Taking away these systems and practices that safeguard them is really harmful,” Delia Donovan, CEO of peak body Domestic Violence NSW, told The New Daily.

These reforms will perpetuate financial abuse – it’s actually a disgrace.’’

Advocates report financial abuse is one of the most common issues related to family violence.

Prevalent concerns include perpetrators signing up for financial services in their victim’s name, such as phone bills or credit cards, saddling them with the risk and debt.

Family violence survivors can often be left with crushing repayments, or suffer significant hits to their credit rating.

According to the Economic Abuse Reference Group (EARG), an organisation assisting survivors of financial abuse, some 85 per cent of family violence survivors have experienced financial abuse.

They fear the responsible lending changes will allow perpetrators to sign up their victims for bank loans, car loans or other risky services – making an already noxious problem even more virulent.

“We’re concerned we’ll see more loans being granted, which could be for higher amounts, and leave survivors with limited tools to help them remedy that,” Ms Bianchi told The New Daily.

“It’ll be a triple effect, exacerbating an already big problem.”

Ms Bianchi is the NSW co-ordinator of the EARG. She has “serious concerns” about the changes, which will axe requirements for banks to comply with responsible lending laws on loans worth more than $2000.

The EARG said it could have a “devastating impact” on survivors of domestic and family violence.

Changes could trap survivors in abuse

“Debt is an enormous barrier to someone leaving a violent relationship, and one of the main reasons someone might return,” Ms Bianchi said.

“But the debt itself could impact on them well beyond the relationship … bad credit reports, being chased by debt collectors, sacrificing paying for necessities or furthering education, because they’re burdened by debts they shouldn’t have had in the first place.”

She also feared the winding back of responsible lending laws would strip avenues to remedy unfair debts, such as compensation or cancelling of loans.

Advocates will mount their case at a Senate hearing on Friday, before the Economics Legislation Committee is due to report on the bill by late March.

Ms Donovan said the government will lock victim survivors into a worsening cycle of poverty and financial abuse if the Senate passes the bill.

“Frightened victims exposed to domestic and family violence getting into further and further debts could be left unable to leave,” she explained.

“We know that happens a lot – the fear of poverty entraps people.”

Senator McAllister said she feared the effects of the government’s changes.

“Financial counsellors and frontline domestic violence workers say it is common for coerced debt to prevent victim survivors from leaving a violent relationship and re-establishing their lives,” she told TND.

“We’ve heard from witnesses to the Senate inquiry that these changes remove important protections.

“The government’s own policy states that it is “everyone’s responsibility” to act on domestic abuse. The government should explain how removing existing lending obligations is consistent with this approach, and how it intends to protect women.”

Professor Jeannie Paterson, a consumer protection expert at the University of Melbourne, said the bill will tear the heart out of responsible lending laws, reverting protections to where they were more than a decade ago.

“The problem with the old-fashioned law is it depended on what the bank knew,” she told TND.

“What responsible lending tried to do is front-end those inquiries, so it’s no longer enough [for banks] to say they didn’t know. They have to ask.”

Professor Paterson is part of a group of academics that raised concerns about the reforms in November, warnings that weren’t taken onboard in draft legislation published a month later.

She said the responsible lending laws are complex, but that the government’s proposals are too drastic and not supported by evidence.

“There’s no evidence I’ve seen that responsible lending is harming confidence [or] preventing people that should be getting loans from doing so,” Professor Paterson said.

Major banks including Commonwealth Bank, ANZ, Westpac and NAB have all cheered the changes, claiming the liberalisation will streamline the flow of credit by removing red tape.

“Accountability is missing. When there’s royal commission advice given to government … they need to be followed through,” Ms Donovan said.

“The Morrison government’s proposed reforms will simplify Australia’s credit framework, reducing red tape while protecting those consumers who need it most,” Mr Frydenberg said in a statement on Thursday.

But the government’s own regulators downplayed their ability to safeguard individual customers if the responsible lending laws were wound back.

In its Senate submission, APRA said its primary focus is financial stability and not “direct focus on outcomes at an individual loan or customer level”.

Meanwhile, financial regulator ASIC, which will still be responsible for ensuring banks don’t engage in unconscionable conduct, admitted its role will be curtailed by the reforms.

“ASIC will no longer have a direct role in supervising decisions by ADIs [banks] to enter loans with consumers,” the regulator said.