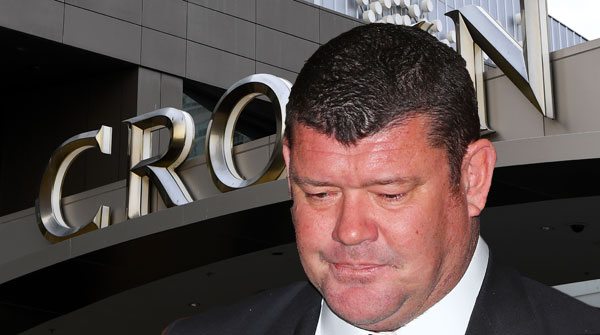 James Packer is out of the Crown loop. Photo: AAP

Crown Resorts has suspended its sharing of confidential information with former director and major shareholder James Packer and his private company in light of evidence given to a NSW casino inquiry.

The NSW gambling regulator’s inquiry into Crown’s suitability to run a new casino at Sydney’s Barangaroo has heard that Crown’s then chief financial officer Ken Barton was sharing daily financial reports with Mr Packer after he stepped down from the board.

The inquiry has also heard that Crown Resorts director Michael Johnston, who was also an executive of Mr Packer’s company CPH Crown Holdings, had access to confidential financial forecasts at the same time as he was working on a deal to sell 19.99 per cent of Crown’s shares from CPH to Melco Resorts.

He accessed the information in his capacity as a CPH executive, under a services agreement which allowed Crown to share confidential information with CPH.

Director Jane Halton told the inquiry on Wednesday that the Crown board had suspended sharing information under both agreements in light of evidence given to the inquiry.

Ms Halton said Mr Johnston’s access to the information while failing to declare a conflict of interest concerned her.

Ms Halton, a former senior public servant who was appointed to the board in 2017, also spoke of her surprise when she learned of the share sale deal with Melco Resorts. She had “no prior warning” of the transaction, she said.

“Certainly at the forefront of my mind was the need to ensure that there was an early discussion with regulators,” Ms Halton said, describing the company’s licence to operate casinos as “its most precious asset”.

Melco Resorts is run by Lawrence Ho. Under its agreement with the NSW government to run the new casino, Crown is banned from dealing with Mr Ho’s father, Stanley.

The Melco sale was a key trigger for the inquiry, which is probing whether it led to anybody undesirable becoming associated with Crown.

The allegations published by 60 Minutes and Fairfax newspapers were part of the impetus for the inquiry.

The allegations “were not consistent with my understanding of how we conducted our business,” said Professor Horvath, who has sat on Crown’s board since 2010 and was formerly the Commonwealth chief medical officer.

Prof Horvath said he stood by the company’s denial – expressed in a full-page advertisement taken out shortly after the 60 Minutes program aired – that it turned a blind eye to money laundering.

Evidence before the inquiry has suggested the advertisement contained numerous inaccuracies, and Prof Horvath said he had relied on management’s advice to the board when he signed off on it.

The inquiry heard that a strategy paper provided to the board by management in December 2019 identified the tightening of anti-money laundering regulations and closure of bank accounts as “threats” to the company’s VIP business.

Prof Horvath said that the company had worked to improve its culture of compliance and that its risk appetite had changed.

He said he had completed anti-money laundering training “about two weeks ago”, but previously considered briefings provided to the board to be sufficient.

Numerous other directors and senior executives have told the inquiry they had not looked into the accounts after the report.