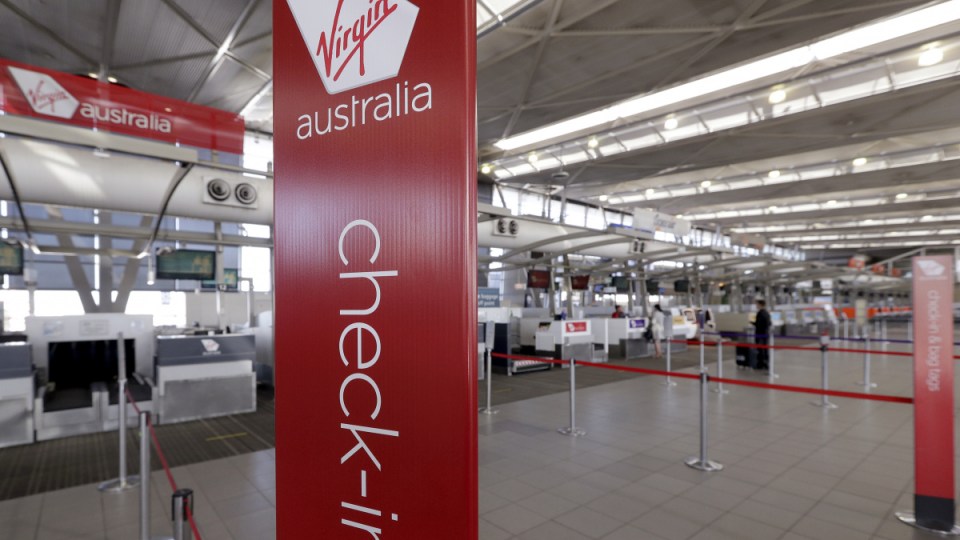 Two American private equity firms – Bain Capital and Cyrus Capital Partners – have emerged as the final bidders for Virgin Australia, with plans to strip back Australia’s second major carrier rather than go head-to-head against Qantas.

The bidders committed to binding offers on Monday, as Virgin’s administrator, Deloitte, aimed to secure a deal by Tuesday.

Both Bain and Cyrus have indicated they would not attempt to operate the carrier as a full-service airline like Qantas.

Nor would they slim it down entirely so it became a low-budget airline.

Instead, Virgin Australia would re-emerge as a mid-market value service.

Deloitte Restructuring Services partner Vaughan Strawbridge did not comment on the sale process apart from confirming the two bidders and noting the sale would be finalised by Tuesday.

He also confirmed both bidders had also already received approval from the Foreign Investment Review Board (FIRB).

“We would like to acknowledge the assistance of the Federal Government on this front,” Mr Strawbridge said in a statement.

“With aviation around the world in the middle of a COVID-induced restricted operations, today we’ve reached another important milestone in our rigorous and competitive sale process.”

How Virgin will emerge as a slimmed-down service

The American-based firms have been in the race since last month, when offers were cut down from an initial pool of about 20 interested parties.

They were part of a shortlist of four potential buyers, which was then narrowed down to two just weeks ago.

Boston-based Bain Capital is one of the world’s leading private investment firms with about $US105 billion ($149 billion) in assets under management.

Global investment firm Cyrus Capital Partners has offices in New York and London. It has ties to Virgin Group founder Richard Branson, with the firm having previously invested in Virgin America.

Mr Strawbridge noted both bidders had previously indicated a future-state carrier would be “smaller, single-branded domestic and short-haul international airline that also has growth potential”.

“Ultimately the size of the airline will be dependent on the timing and level of demand by customers as travel restrictions are eased,” Mr Strawbridge said.

Deloitte and Virgin’s management team had spent the past three weeks undertaking due diligence on the offers.

“They’ve also engaged closely with the range of groups that have an interest in the outcome of the process, from federal and state governments and unions to creditor groups that include airports and aircraft financiers,” he said.

Both bidders were “well-funded” and saw “real value” in the business.

Virgin Australia was the Asia Pacific’s first to collapse due to COVID-19 travel restrictions, going into voluntary administration in April with debts of about $7 billion.

Mr Branson’s Virgin Group has reportedly been engaging with both Bain and Cyrus and is said to be ready to put down several hundred million dollars in exchange for a continued 10 per cent stake in the airline.

Bondholders stitch up a plan

Virgin’s workers account for about 9,000 of Virgin’s estimated 12,000 creditors and are owed about $450 million in entitlements.

About $2 billion of that debt is carried by Virgin Australia unsecured bondholders, which could be wiped out if Virgin was sold to the shortlisted bidders.

Reports had suggested bondholders could still step in, using a provision in the corporations legislation allowing them to swap their debt for equity to become shareholders in the airline.

They would then be in a position to carry out the current management team’s restructuring plan.

Before the coronavirus pandemic struck, Virgin Australia chief executive Paul Scurrah planned to bring down its debt through cost-cutting and simplifying its fleet.

The COVID-19 crisis has caused several airlines to collapse and governments around the world have stepped in with bailouts for their local carriers.

RMIT University senior lecturer in management Warren Staples said both pitches seem to have converged on a service offering in between the Qantas and low-cost Jetstar offerings.

“The Cyrus vision reportedly has it beginning with a slightly bigger fleet of planes in the sky and has garnered more union support,” Professor Staples said.

“The reborn airline seems certain to be branded Virgin and have Branson continuing to receive branding royalties from it.”

But he warned that foreign private equity firms and hedge funds “do not have great track records as long-term investors in Australia”.

Professor Staples said creditors were being asked to take a big leap of faith in trusting what the bidders say, in a still highly uncertain environment.

“COVID-19 is likely to negatively impact on how quickly both bidders can scale up the Virgin operation,” he said.

Regions to lose out

Professor Staples said a key failing of this “fire-sale process” was that neither of these bidders were likely to have the same regional coverage.

“This will have major implications for the travel and tourism sectors,” he said.

“This is the major routes between the capital cities, plus the Gold Coast and Far North Queensland,” Professor Staples said.

“Regional communities may feel let down by the market-driven process.”

Despite pressure on the Federal Government to boost support for Virgin Australia, Prime Minister Scott Morrison, Treasurer Josh Frydenberg and other senior ministers have consistently argued the private market needs to sort out its own problems.

The Government has delivered some industry-wide assistance for airlines, including a $715 million package that was focused on cutting fees and charges, and other general subsidies for domestic routes.

Deloitte wrote to the Federal Government last week, saying bidders wanted clarity about government support for the airline industry, given the uncertainty over when international travel could resume.

The letter called on the Government to extend the JobKeeper program for the airline’s 10,000 workers for at least another six months and guarantee Virgin tickets.

Travel bans implemented to control the spread of virus in March forced Virgin Australia to ground most of its planes and temporarily stand down the majority of its workforce.