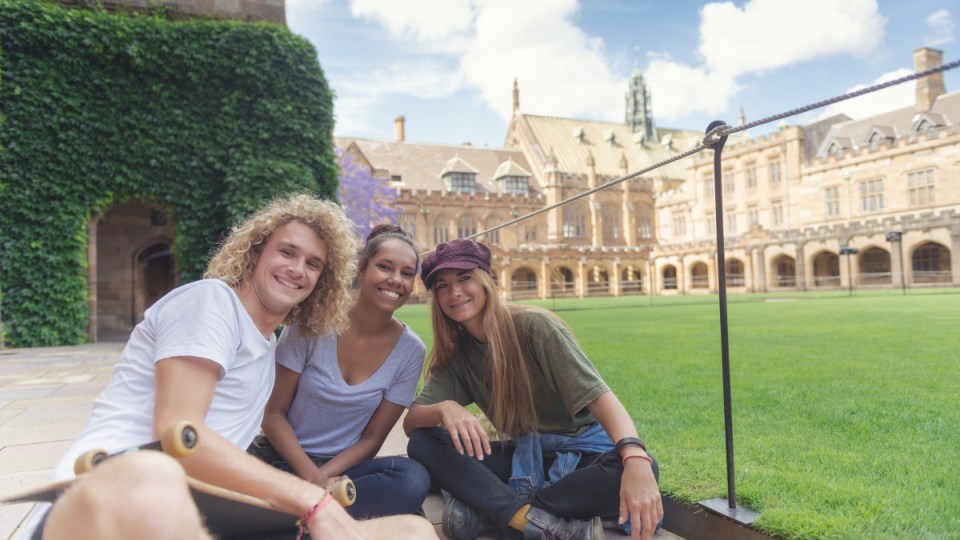 Nine out of 10 uni graduates are in full-time work three years after finishing. Photo: Getty

Thousands of Australian school students are preparing for their final weeks of school and the dreaded year 12 exams.

But for those wanting to go on to further study, the ATAR (Australian Tertiary Admission Rank) won’t be the only consideration on the mind.

After the final exams comes the big question: What to apply for at university?

The good news for aspiring uni students is that new research released on Sunday shows that nine out of 10 recent graduates are in full-time paid work three years after finishing their degree.

The 2019 graduate outcomes survey received responses from more than 40,000 people who completed degrees in 2016 and tracked them three years later.

Four months after graduating, 72.6 per cent were working full time.

Graduates started with an average starting salary of $58,700, rising to $72,800 after three years in the workforce.

Months after graduation, 41 per cent of the people surveyed had reported they were in roles (such as casual or temporary work) that did not properly use or recognise their skills and qualifications.

But after three years out of uni, that number dropped to 27.1 per cent.

Of those in full-time work considered lower skilled or different from their qualifications, half said it was the result of labour market forces, including no suitable jobs near home or no positions available in their profession.

That was not a problem for dentistry graduates.

New dentists were the most likely to be in full-time work three years after graduation. Workers who’d studied medicine or rehabilitation were just behind them.

University of Sydney had the highest full-time employment over the medium term, with 93.2 per cent, ahead of WA’s University of Notre Dame (92.8) and the University of Queensland (92.5).

The study found that job outcomes were about the same for males and females, except for one crucial difference: Pay.

The data suggested the pay gap widens as men and women accelerate through their careers.

In 2016 when the recent graduates first had a job, both males and females took in similar salaries (though men tended to receive an average of $2500 more).

For the same cohort three years later, the gender gap in graduate median salaries had increased to $4900 or 6.5 per cent.

“Previous research suggests that one of the key factors contributing to the gender gap in graduate median salaries is that females tend to graduate from fields of education that achieve lower salaries [such as humanities],” the researchers wrote.

For example, undergraduate study areas with large gender gaps in salaries three years out include:

There are some exceptions. But where women are being paid more, the difference is slim:

“Universities are a key driver of job creation, job growth and productivity improvements in this nation,” he said in a statement.

But  Labor frontbencher Bill Shorten said the coalition had nothing to boast about, arguing it was more expensive to go to universities than ever.

“I give the young people the credit for those results – they’re the ones studying hard,” he told reporters in Melbourne on Sunday.

“I just wish the federal government would work as hard as them. It’s too expensive, too many cuts to university and too many people are missing out. ”

Nine out of 10 uni graduates in full-time work, but men get paid more