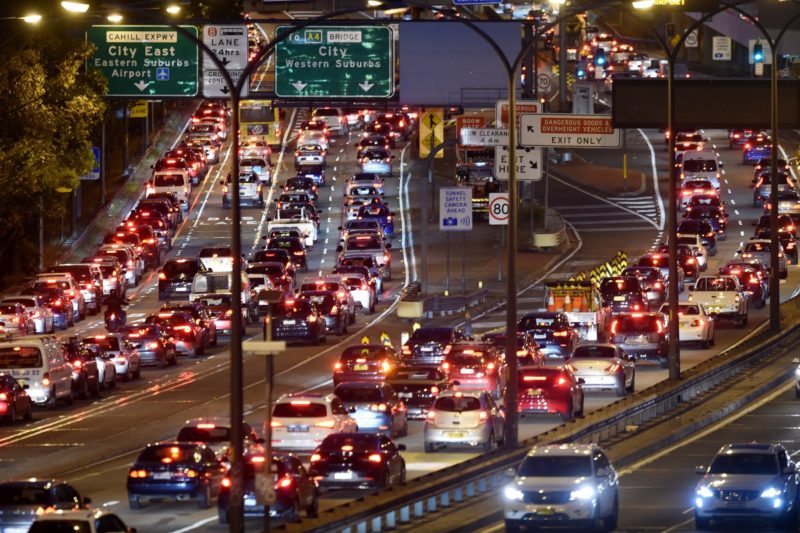 Congestion-busting projects are a particular focus for new infrastructure. Photo:AAP

Prominent economists are calling on the federal government to abandon its reliance on low interest rates and invest in major infrastructure projects to ward off a recession.

Former Treasury officials Warren Hogan and Peter Downes told The New Daily that low interest rates alone were not enough to get the economy moving.

“If there is no incentive for the private sector to invest or to grow, then [interest rate cuts] have no impact,” Mr Hogan said.

A former ANZ chief economist and treasury adviser, Professor Hogan said that government investment in infrastructure, coupled with an immediate fiscal stimulus in the form of individual tax cuts, was a “no-brainer”.

He said government-led infrastructure projects would boost the economy’s long-term productivity and reduce the impact of projected job losses in the construction sector.

“How much time do people spend in traffic in Sydney and Melbourne?” he said.

“Trying to get people to where they need to be – getting them out of cars on highways – is critical. [It] will provide a definite productivity lift.”

He warned the closer the official cash rate got to zero, the less room the RBA has to respond to economic shocks.

“Which is why the federal government needs to step up to the mark,” he said.

Mr Downes said that even small investments, such as car parks at train stations, could boost productivity, with “the most mundane stuff often [delivering] the highest returns”.

The growing clamour for major government investment comes soon after the RBA’s decision to cut the official cash rate to 1.25 per cent – which came less than 24 hours before the Australian Bureau of Statistics revealed that annual economic growth had fallen to 1.8 per cent.

AMP economist Shane Oliver revised up his probability of a recession in 2020 to 25 per cent after that announcement – an adjustment with which Mr Downes agreed.

In his statement accompanying the rate-cut decision, RBA governor Philip Lowe shone a spotlight on the limits of monetary policy, and suggested “spending on infrastructure” as another avenue for reducing unemployment.

Infrastructure Australia, which was established in 2008 to provide impartial advice to the government, announced in February that most of the projects included in its priority list – worth $58 billion – were aimed at reducing congestion and improving liveability during rapid population growth.

According to superannuation guru Garry Weaven, super funds were well placed to upgrade these networks, in partnership with the government.

“It’s a relatively low interest rate environment and there’s a bit of fragility in the domestic and world economies,” he said.

“But, for Australia, the main thing that’s changed is the huge accumulation of money in the hands of the super funds industry, and it’s a network that has the skills and capability of participating in new infrastructure developments.”

Mr Weaven pointed to IFM Investors’ recent involvement in the high-speed airport link in Melbourne as an example of funds putting their money and expertise to good use.

Mr Weaven, who retired as chair of IFM Investors at the end of 2018, told a finance summit in March that the super industry’s $2.8 trillion pool of retirement savings is forecast to grow to $6 trillion by 2035.

That would mean the sector would need to make around $500 billion of new investments each year by that time. And if the government didn’t take up the opportunity, there was a risk of that money flowing overseas.

However, he said that a lack of political leadership was hindering progress, with the major political parties unable to reach consensus on what projects needed to be completed and when.

“There needs to be more political consensus, [because] you need a long planning time and long lead times to do the really worthwhile investments in infrastructure,” Mr Weaven said.

“At the moment we are just playing catch-up.”