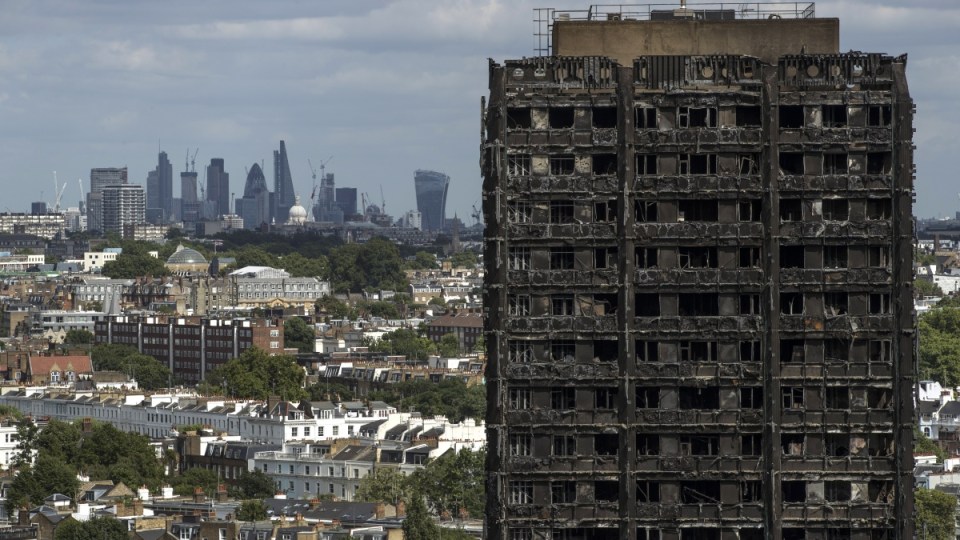 Owners of apartments with Grenfell-style flammable cladding are continuing to resist calls from state governments to pay for rectification costs, which have been estimated to be as much as $7.8 billion in Victoria alone.

Their continued struggle comes just a week after Victorian planning minister Richard Wynne increased the state’s estimate of affected buildings from 800 to 900.

Andy White lives in an apartment building in Brunswick, in Melbourne’s inner north, that caught fire as a result of combustible cladding in 2017.

Despite the residents in his building facing a bill of up to $3 million to replace the dangerous materials, Mr White remains optimistic that the federal government will come to the aid of affected home owners.

“I think they have to get involved. It’s a nationwide issue,” he told The New Daily.

“We’re not trying to take the mickey. We’re not after compensation. We just want it to be fixed and for the owners not to pay for it.”

Mr White is an administrator of the 127-strong Cladding Action Facebook Group campaigning for a solution that doesn’t involve home owners footing the bill for a problem not of their own making.

“It’s gone past the point of anger. It’s not just my property that’s affected. It’s such a huge issue. It’s about justice and safety. So now is not the time to be angry, it’s the time to be calculated,” he said, adding that connecting with other affected home owners on social media had made him “a little more hopeful”.

Trudi Gilmore, who lives in an apartment in Clayton, in south-east Melbourne, covered in combustible cladding, has also drawn strength from the growing community of affected home owners rallying together on social media and in public meetings.

“We’re waking up after the initial shock … we’re pushing back, trying to do some political things, and there’s a rally planned,” she told The New Daily.

“But it still leaves us in limbo. We still don’t know what the outcome is going to be. And quite frankly, I can see it still raging in three years’ time.”

Ms Gilmore found out in October 2018 that her apartment building was clad in flammable materials, roughly six months after buying a unit passed as compliant.

Since then, she and the owners of the other 13 apartments in the building have had to collectively shell out $26,000 for a heat-sensitive alarm. And they face a further bill of up to $200,000 to strip walkways and balconies of the dangerous materials.

The most probable cause of yesterday's fire in Spencer Street was a discarded cigarette that ignited combustible material on the balcony. These images from the 26th floor are a reminder for the community to fully extinguish cigarettes & limit items stored on a balcony. pic.twitter.com/AME1BcAjVe

Ms Gilmore’s building is one of 900 in Victoria with some level of combustible cladding, according to the Victorian Building Authority.

In New South Wales, the state’s Cladding Taskforce has found 447 “high risk” buildings, and in Queensland, the full scale of the problem won’t be understood until the state finishes its audit in 2021.

Builders Collective of Australia previously estimated that it could cost anywhere between $162.5 million and $7.8 billion to rectify the cladding issue in Victoria.

But the advocacy group’s president Phil Dwyer told The New Daily that the upper limits of these estimates would have to be increased to account for the additional 100 buildings Mr Wynne announced.

The lack of information made public on the issue beyond Victoria means there are as yet no reliable estimates on how much it could cost to deal with the problem across the country.

Federal MP for Melbourne Adam Bandt is gathering signatures on a petition calling on the federal government to “urgently remove dangerous cladding from existing buildings; and to later recoup costs from those responsible”.

But federal Industry Minister Karen Andrews told The New Daily that rectification of the issue was a state government responsibility.

“Addressing costs with cladding needs to be prioritised and the Greens are aware that this is a state issue.”

However, in the eyes of Simon Lockrey, an industrial design lecturer at RMIT University who owns a property with non-compliant cladding, the growing size of the problem and the numerous liabilities at play means that the federal government, state governments and members of the industry will have no choice but to work together to find a solution.

“There are arguments that there should be federal assistance because they let the materials in, and because they run the national building code,” Dr Lockrey said.

“But there should also be state government funds for this, because they run separate building acts and regulate the state-based industries that have let this happen.

“Owners shouldn’t have to deal with this issue. It’s up to governments and industry to fix it.”

Dr Lockrey added that he was hopeful Mr Bandt’s plans to table a petition in federal Parliament would bring about a solution that doesn’t involve “throwing owners under the bus” – something he described as “unAustralian”.

But Ms Gilmore fears that no federal action will be taken unless “something huge” happens.

“Something along the lines of civil disobedience,” she said. “Just resist.”