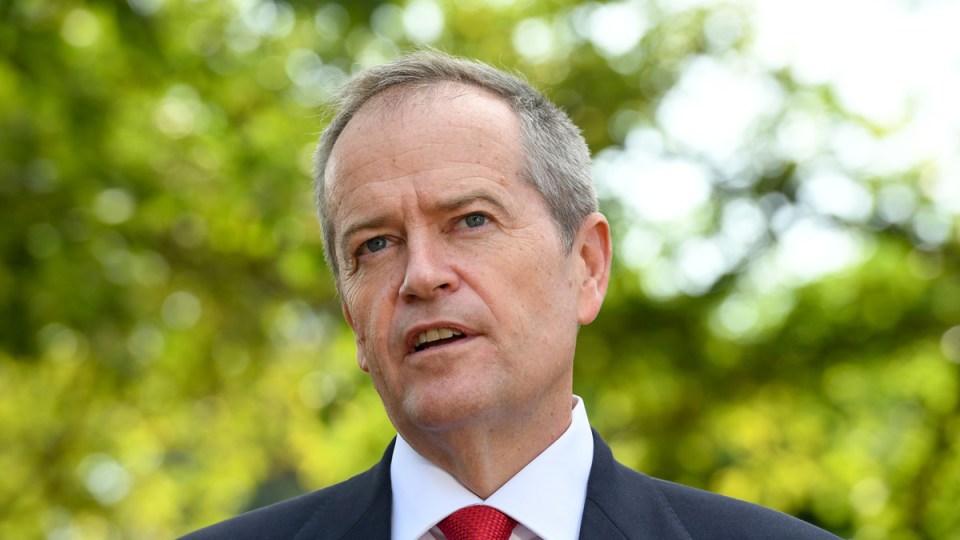 Mr Shorten was accused of omitting an important detail about his mother's life. Photo: AAP

Labor leader Bill Shorten will on Tuesday pledge to introduce a “living wage” to ensure that no full-time worker is living in poverty – a goal that unions estimate will require a $72.80-a-week increase to the minimum wage.

But Mr Shorten provides no timeframe for the transition or even a proposed annual increase to the minimum wage – instead asking the Fair Work Commission to drive the process if he wins the election.

The Fair Work Commission has previously conceded that Australia’s minimum wage of $37,398 per annum – or less than $20 an hour – leaves many full-time workers in poverty.

As the Prime Minister Scott Morrison prepares to address concerns over low wage growth in the April 2 budget with tax cuts, Labor’s announcement is designed to trump any tax cuts for low-income earners.

But workers could be left waiting a long time, with the changes to be phased in – if they pass the Senate.

Employers, business groups and unions will be asked for submissions to guide the process with the Fair Work Commission also asked to take into account Australia’s ‘social wage’ – the amount of tax people pay, and any family tax benefits or other transfers they receive.

Labor will argue the pay increase is warranted on cost-of-living grounds arguing out-of-pocket costs to see a GP are up 24 per cent, private health insurance premiums are up 30 per cent, electricity prices are up 15 per cent, and long day child care costs are up 24 per cent.

Mr Shorten will pledge to change the rules that currently govern how Fair Work decides the minimum wage, legislating a new goal of ensuring full time workers are not left in poverty.

“We know everything is going up except people’s wages. Many Australian families are struggling to make ends meet, to put food on the table and pay their bills,” Mr Shorten said.

But to change the law, Labor would first have to secure Senate support for the ‘living wage’ legislation and that would remain a question mark until the make up of the new Senate is clear after the election.

Labor’s big announcement is set to trigger a massive backlash from employer groups and the Morrison government over fears it will force employers to sack workers.

The ACTU has previously proposed a phased, two-year approach starting with a $43-a-week increase this year. Under Labor’s plan the Fair Work Commission could choose a longer timeframe.

If adopted, the ACTU’s increase would deliver a 10 per cent pay rise to 1.2 million workers who survive on the minimum wage.

Mr Morrison has repeatedly warned that Labor’s proposal to change the rules will “force businesses to sack workers”.

“What Bill Shorten is doing now is telling them: ‘You choose who needs to go to enable you to meet your wages bill’,” he said.

In a statement, Mr Shorten said: “The living wage will not automatically flow through to Award wages – it will only apply to those receiving the national minimum wage. The annual wage review will still determine award wages.”

Labor’s own submission to the Fair Work Commission on the annual minimum wage review cites Reserve Bank of Australia research that argues “modest, incremental” wage increases will not lead to job losses.

“We will fix the law so that the Fair Work Commission has the tools to deliver a living wage for Australia’s low-paid workers,” Mr Shorten said.

“Along with reversing the cuts to penalty rates, this sensible change will be good for workers and good for the economy.”

“When low-paid workers get a pay rise, they spend it in the local shops and help small businesses. It’s good for everyone,” he said.

“Making sure the minimum wage is a living wage is just one part of Labor’s wages policy.

“We are also reversing the cuts to penalty rates, taking steps to close the gender pay gap, making sure labour hire workers doing the same job receive the same pay, and cracking down on sham contracting, wage theft and worker exploitation.”