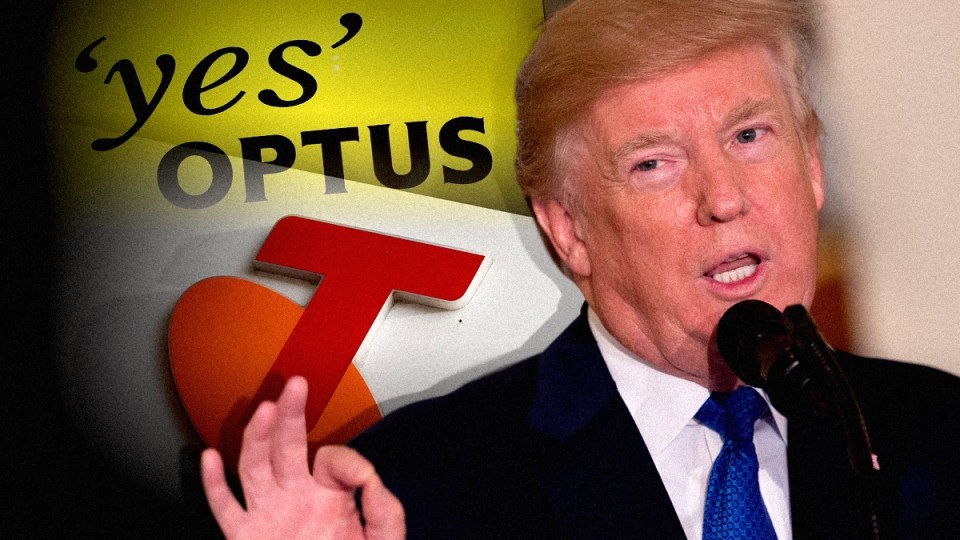 The US net neutrality debate has revealed vulnerabilities in Australia. Photo: Simon Rankin

Most worryingly, an expert told The New Daily current rules allow telcos to monitor their customers’ internet usage, and prioritise access to certain sites over others.

All this is done in an opaque way, making it nearly impossible for regulators to monitor, the expert said.

But despite these regulatory holes, the government insisted current consumer protections were adequate to shield consumers from exploitation.

What is ‘net neutrality’?

On Thursday the US government announced it was scrapping a set of consumer protection rules collectively known as ‘net neutrality’.

Net neutrality imposes heavy restrictions on how telcos can control the supply of internet in the US.

It ensures companies provide the same internet speeds to everyone, do not block access to any websites, and do not engage in so-called ‘throttling’, which means adjusting internet speeds at certain times of day in response to traffic.

It also prevents telcos cutting deals with certain internet companies, such as online streaming sites, enabling them to provide better access to, for example, Netflix than Amazon Prime Video.

The decision by President Donald Trump’s chief regulator to scrap these protections hands the big three US telcos the power to do all these things.

Though a domestic US issue, the move is relevant to Australia because it exposes the fact that Australia does not have net neutrality, and never has.

Narelle Clark, deputy chief executive of the Australian Communications Consumer Action Network, told The New Daily that while blanket net neutrality in Australia was probably not necessary, the current lack of regulation was exposing consumers to serious risks.

Chief among these is something called ‘deep packet inspection’, a privacy-invading practice that is facilitated by the same systems that allow telcos to prioritise certain websites.

“Deep-packet inspection lets telcos look right inside what people are doing on the internet. You can get very rich information,” Ms Clark said.

She said Australian telcos could use this information to decide which sites to prioritise.

But she said that there was no way of knowing how telcos were using this information because the system lacks transparency.

Anecdotal evidence suggested they might be targeting file-sharing sites.

“From time to time we hear from consumers that access to file sharing is degraded, but we don’t have transparent access to what and where, so we can’t verify it,” she said.

Ms Clark said if telcos were prioritising certain sites, they should be required to be completely transparent about it.

However, telecommunications analyst Paul Budde told The New Daily that the feared abuse in the US was not likely to affect Australians.

He said that, unlike in Australia, the US competition watchdog has no power to hold telcos accountable to the nature of their broadband services.

Mr Budde also alluded to the “conflicts of interest” within US politics that give senators and congressmen an incentive to oppose net neutrality, with politicians routinely receiving large sums of money from telcos.

“In 1996, in its infinite wisdom, the US decided broadband was not a ‘telecommunications’ service but a ‘content’ service,” Mr Budde said.

“This took broadband outside of its regulatory environment, and therefore telcos didn’t have to provide competitive access.

“So, for example, if a telco wants to provide preferred access to Google, it can provide slower internet to other services [such as Bing].”

This created the need to introduce net neutrality to protect consumers against telcos exploiting the situation – protections which have been removed again.

While Mr Budde admitted that the fact Australia does not have net neutrality leaves internet users vulnerable to exploitation by telcos, he said it was unlikely Australian service providers could get away with such conduct.

“There are more than 40 internet service providers in Australia and competition keeps everyone honest,” he said.

“For example, if Telstra decided to give preference to Google, other telcos will say ‘come to us instead because we don’t favour any one service over another’.

“Technically telcos could do this. But competition would make that very difficult.

“And if a telco was being anti-competitive, the ACCC [Australia’s consumer watchdog] could step in and say ‘this can’t happen’.”