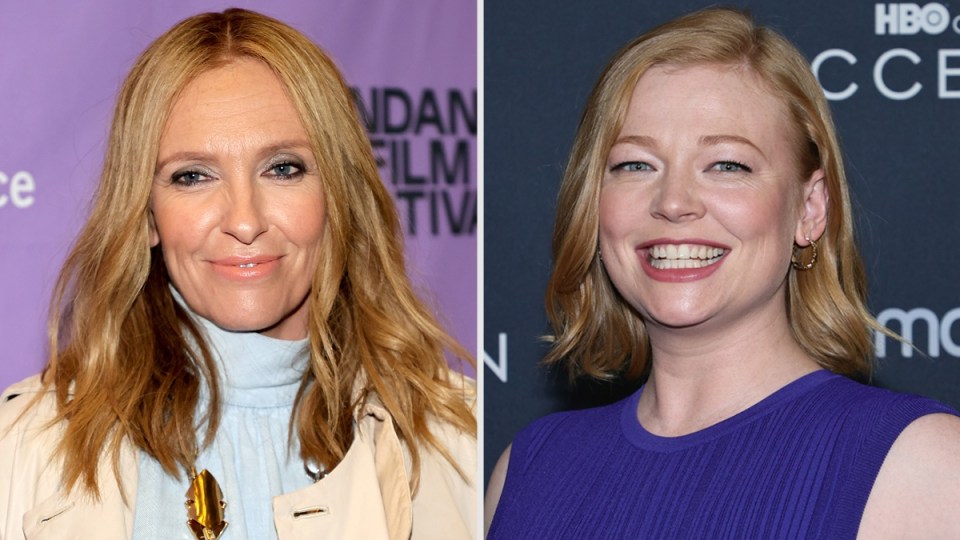 Australian stars Toni Collette and Sarah Snook both have nominations in the 2022 Emmys. Photos: Getty

Australians Toni Collette and Sarah Snook are up for major acting awards in television’s highest honours, the Emmys.

Collette has been nominated for her starring role in The Staircase, about a crime novelist and the suspicious death of his wife in the limited series or TV movie category.

Snook is up for a best supporting actress award in the drama series category for her role as Shiv Roy in TV’s Succession, which is also up for a swag of awards.

If she wins, Snook will add to her trophies for the role, including a Golden Globe and a Critics’ Choice Television Award.

The HBO drama Succession, which tells the story of a conniving media mogul and his family, topped the list of Emmy nominees with 25 nods, including one for best drama series.

The rivals for best drama in the US honours include Netflix’s South Korean thriller Squid Game, the first non-English language show to be nominated for an Emmy.

The fish-out-of-water story will face off against Hacks, Only Murders in the Building and The Marvelous Mrs Maisel, among others.

HBO’s The White Lotus, about vacationers and staff at a ritzy oceanfront resort, also secured 20 nominations and is in the race for best limited series.

Winners of the Emmys will be announced at a ceremony in Los Angeles on September 12.

Frank Scherma, chairman and CEO of the Television Academy, said the group received a record number of submissions this year in a sign that production was thriving after extended shutdowns during the COVID-19 pandemic.

Fourteen of the nominations for Succession, which won best drama in 2020, came in acting categories.

Brian Cox, who stars as patriarch Logan Roy, will compete for best actor against Jeremy Strong, who plays his troubled son Kendall.

Squid Game actor Lee Jung-Jae is also in the running.

“I would like to share this honour with the Squid Game fans around the world, who showed us endless love and support,” he said in a statement.

Ted Lasso co-creator and star Jason Sudeikis was nominated for best comedy actor, alongside Steve Martin and Martin Short for Hulu’s Only Murders in the Building, although voters passed over their co-star Selena Gomez in the acting categories.

Contenders for best comedy actress include Rachel Brosnahan for her role as a 1950s housewife and comedian on Mrs Maisel, along with Issa Rae of Insecure and Hacks star Jean Smart.

Hacks, which is about a seasoned female comedian looking to extend her career, received a nomination for the second year in a row for best comedy series.

“I think it’s a really important thing, especially in this moment in time in our country, to highlight women and to tell their stories,” Jen Statsky, co-creator of Hacks, has said.