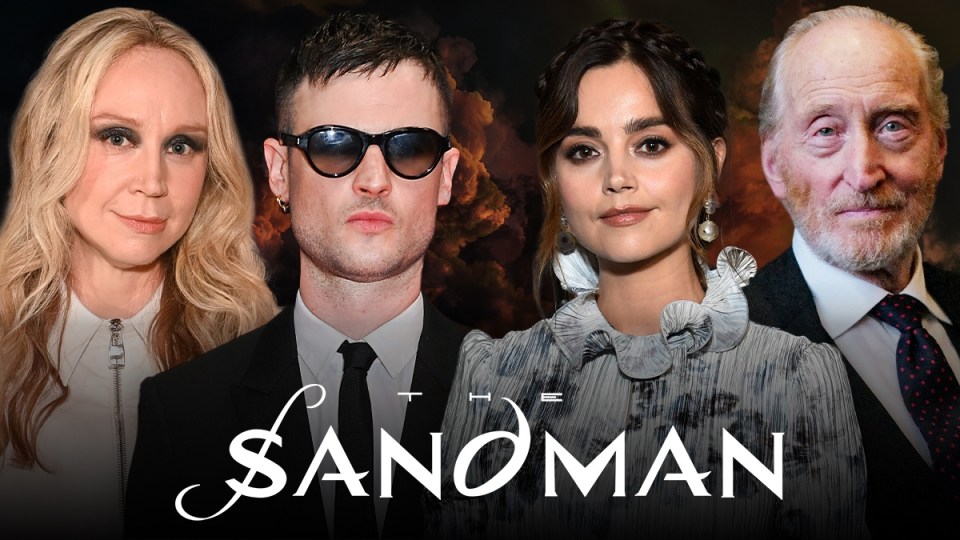 At long last, Netflix has announced the release date for The Sandman, its adaptation of the critically acclaimed dark fantasy comics by Neil Gaiman.

Gaiman is the celebrated author behind a slew of titles, including Good Omens and American Gods, both of which have already been adapted into TV series.

With an established and passionate fanbase, a stacked cast and plenty of hype, The Sandman is well placed to become Netflix’s next big show, joining the ranks of Stranger Things, The Witcher and Bridgerton.

The next big thing

The first teaser for The Sandman debuted last year, giving fans a glimpse of immortal Dream King Morpheus (Tom Sturridge, Far from the Madding Crowd), who is imprisoned by human sorcerers including Roderick Burgess (Game of Thrones actor Charles Dance).

Morpheus, or Dream, is one of seven beings who are the personifications of universal concepts, such as Destiny, Death and Desire.

They are known as The Endless and are more powerful than gods.

The new trailer follows Morpheus as he escapes his prison years after being trapped and returns to his realm of the Dreaming, only to find it a shadow of its former glory.

“Dreams and Nightmares no longer seem to recognise their master. But I will remind them,” Morpheus says.

According to the official Netflix synopsis, The Sandman follows the people and places affected by Morpheus as he mends the cosmic – and human – mistakes he’s made during his vast experience.

The Sandman was developed for TV by Gaiman, filmmaker David S Goyer and producer Allan Heinberg, who are all executive producers on the series.

But before Netflix stepped in, The Sandman struggled in its journey to the screen.

It began in 2013, when filmmaker Goyer pitched a movie adaptation to Warner Bros.

Joseph Gordon-Levitt (500 Days of Summer) was set to star as Morpheus, but he eventually left the project in 2016 due to creative differences.

After several years in active development, Warner Bros nixed the film in favour of a TV series, and Netflix joined the party in 2019.

Only time will tell if the adaptation will be the stuff of dreams … or nightmares.

Apart from its large ensemble of memorable characters, The Sandman is perhaps best known for blending contemporary fiction, historical drama and legend.

The Sandman and its spin-offs have won more than 26 Eisner Awards – named after acclaimed comics creator Will Eisner – including four for Best Writer (Gaiman).

It is considered to be one of the best comics by many and certainly one of the most famous. Expectations for the Netflix adaptation are high to say the least.

When Amazon adapted the series for an Audible production, it enlisted a star-studded cast.

If you’re interested in the Audible production, James McAvoy (Split) fronted the cast as Morpheus and Gaiman stepped in as narrator.

The Sandman premieres August 5 on Netflix