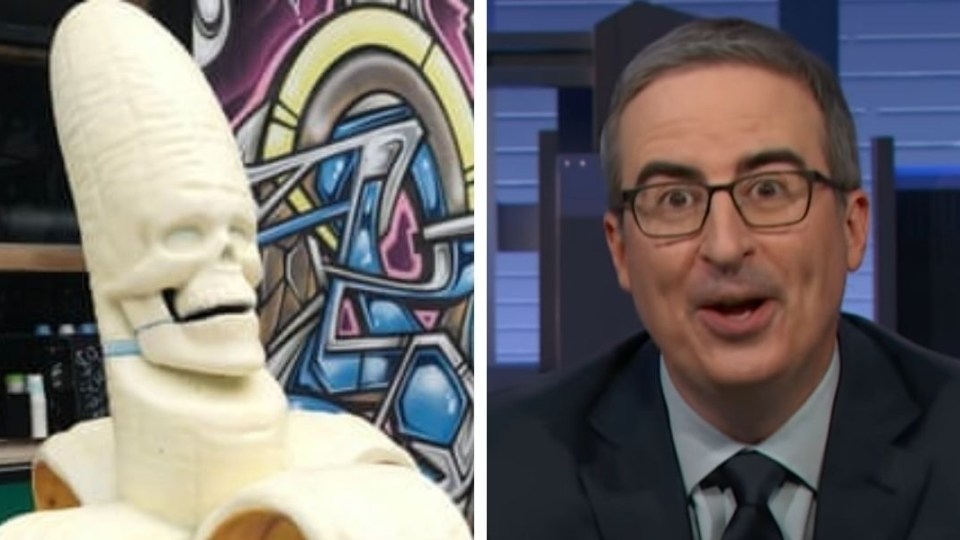 The Last Week Tonight host had shared a note addressed to Melbourne on Instagram early on Tuesday (local time), demanding the city “send us your banana”, referencing a sculpture that once graced the inner suburb of Fitzroy.

“I would argue that this is less a reminder to slow down and more an encouragement to speed up in order to get away from this demonic f—ing banana as soon as possible,” Oliver said.

The banana was almost immediately divisive, splitting public opinion and being attacked by a ruthless vandal just weeks after it went on display.

It hasn’t been spotted since it was removed for repairs in November 2021, leading residents and art-lovers to question its whereabouts.

Oliver emerged as an unlikely buyer  on Tuesday morning, revealing he’d be willing to “pay a whopping ten Australian dollars for it”.

“You may not want this controversial and lightly vandalised banana statue anymore, but we most definitely do,” the post read.

“It’s basically the Cate Blanchett of banana sculptures in that it’s a hauntingly pale Australian creature with a very striking bone structure.”

In addition to the underwhelming bid, Oliver said he and his show would donate $10,000 to a local food bank and $5000 to the John Oliver Koala Chlamydia Ward — a ward at Australia’s Zoo’s koala health centre named after the talk show host by actor Russell Crowe.

To make the proposition even more bizarre, Oliver offered to trade a quirky statue of his own in return.

“Plus, we will send you our illustrious statue of an alligator giving the finger! Trust us, it’s perfect for you.”

The bid garnered support on social media, users showing their support for the trade.

“As a Melburnian who quite liked the banana, I am still fully in favour of this deal – bring on the alligator!!” one wrote in the comments.

“As a Melbourne citizen, I fully support this trade,” another said.

But Yarra Council was quick to turn down the talk show host’s unexpected request, saying in a statement that it was “not ready to part with it just yet”.

“We are so excited to hear John Oliver loves our banana sculpture as much as we do,” Mayor Sophia Wade said.

“We recognise its value and we appreciate John Oliver’s offer to buy the banana.”

Instead, the council offered to take Oliver on a tour of its area and organise a “private viewing” of the banana. He is yet to respond to his bid’s rejection.

Although the news may be disappointing for Oliver and his legions of fans, Cr Wade said the banana was on the road to recovery.

“I am pleased to advise the banana is currently recuperating after the traumatic experience last year and we will keep the community updated on how the banana is travelling.”