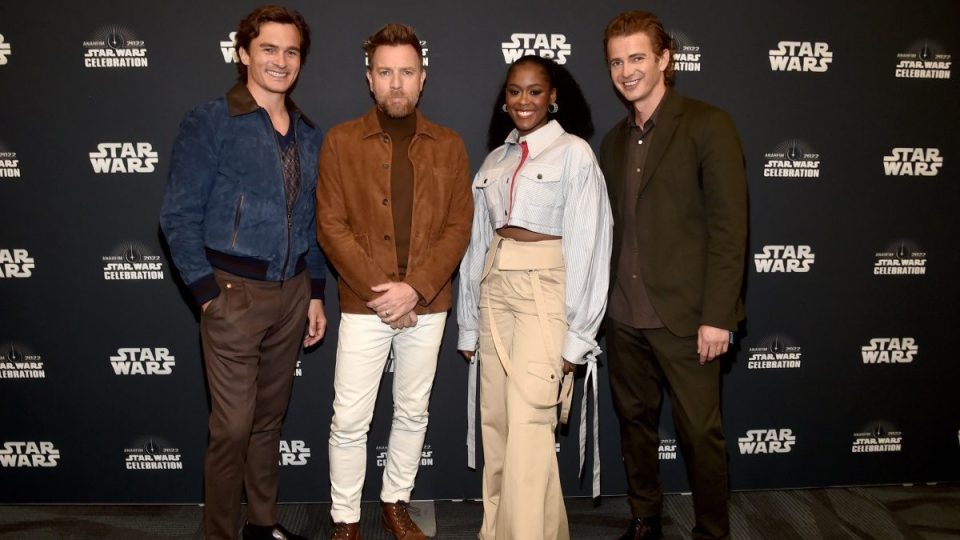 Star Wars has made a statement on racism after attacks on actress Moses Ingram. Photo: Getty

The Star Wars franchise is standing up for actress Moses Ingram after she revealed she had received hundreds of racist messages since her debut in the new Disney+ show Obi-Wan Kenobi.

The franchise tweeted it was “proud to welcome” Ingram, who plays Inquisitor Reva in the latest series, to the Star Wars family, while lead actor Ewan McGregor denounced the actions as “horrendous”.

In a personal video message from the actor on Twitter on Wednesday, McGregor thanked fans for making Obi-Wan Kenobi the most-watched Disney+ original premiere of all time, before addressing comments made to Ingram.

“However, it seems that some of the fanbase has decided to attack Moses Ingram online and send her the most horrendous racist DMs,” McGregor said.

“And I heard some of them this morning and it just broke my heart. It just sickened me to my stomach to hear that this had been happening.

“I just wanted to say as the leading actor in the series, as an executive producer on the series, that we stand with Moses.

“We love Moses and if you’re sending her bullying messages you are no Star Wars fan in my mind. There’s no place for racism in this world and I totally stand with Moses.

It comes after Ingram revealed on Tuesday she had been the victim of hate on social media since Obi-Wan Kenobi’s first showing on May 27.

“If anyone intends to make her feel in any way unwelcome, we have only one thing to say: we resist,” the franchise said on Tuesday night, accompanied by a photo of Ingram both in character and out.

“There are more than 20 million sentient species in the Star Wars galaxy, don’t choose to be racist.”

Posting the racist comments on her Instagram story on Tuesday, Ingram shared multiple horrible receptions she had received from some Star Wars “fans”, using racist and misogynistic language.

“The thing that bothers me is … this feeling of like, I just gotta shut up and take it, I just have to grin and bear it. And I’m not built like that.

“Thank you to the people who show up for me in the comments and in the places that I’m not going to put myself. And to the rest of y’all, y’all weird.”

It is not the first time Star Wars supporters have responded with racist reactions to diverse characters.

In 2014, before actor John Boyega starred as Finn in three Star Wars films, he was targetted by racially-motivated fans over his role as a black Stormtrooper in the Star Wars: The Force Awakens trailer, in what was an absurd attempted boycott.

Kelly Marie Tran, who played Rose Tico in the Star Wars sequel trilogy and first lead actress of colour in the franchise, deleted her Instagram posts in 2018 following months of harassment from fans.