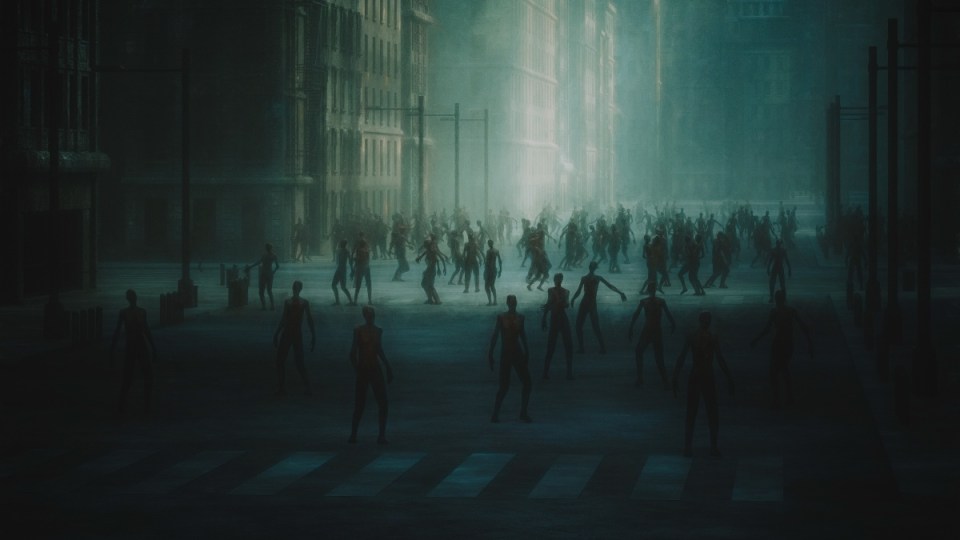 The best zombie films are never about the zombies. Photo: Getty

Any horror scholar will tell you: The movies that scare us most are the ones that speak to our real anxieties.

These anxieties find their way into horror movies, expressed through sub-genres like vampires, slasher flicks and body horror.

Other concerns, like the War on Terror (explored in Hostel, 2005) and the AIDS crisis (as manifested in The Thing, 1982) are associated with a particular cultural moment.

These days, it’s hard to tell a story about a rapidly spreading pandemic without acknowledging the one we’re living in.

It’s hard to tell a zombie story with any kind of novelty, but Netflix’s new Korean series All Of Us Are Dead makes an ambitious attempt.

Horror sub-genres rise and fall in cycles that align with these fears: The guise of fiction allows them to make certain ideas explicit that we might only have felt beneath the surface.

The zombie is the little black dress of social allegories in horror.

Zombies can stand in for the amassed proletariat, trapped in exhausted cycles of poverty.

They can represent the mindless bourgeoisie, endlessly greedy as they stumble through cities without a care in the world.

They can be embodied by performers of any age or race, and their typical lack of speech allows an audience to project any metaphor into the blank space of their brains.

The most popular horror stories are malleable: They invite the audience to conjure whatever frightens them onto the monsters, exaggerating, affirming and sometimes challenging their real-world anxieties.

The zombie genre was first codified by George A. Romero with Night of the Living Dead in 1968.

Romero reimagined zombies as a latent contagion of shambling masses.

His films still engaged thoughtfully with issues of racism: The Black hero in Night of the Living Dead survives the zombie hordes only to be shot dead by white vigilantes. This codified another important theme in zombie stories: The living are just as dangerous as the dead.

On a grander scale, apocalypse narratives represent a dissolution of the social order.

Some stories blame this on a lack of hard authority: Wishy-washy leadership collapses, and only the strongest survive. The Walking Dead banked on this for a decade: The gun-slinging sheriff was exaggerated into a fascist fantasy, where the weak fell in line behind the strong.

All Of Us Are Dead leans toward the anti-authoritarian: Malice and pride keep the police and military from intervening when a zombie outbreak strikes a small-town school.

Still, there’s one good cop, one good teacher, and one good firefighter – though not all of them make it out unscathed.

The school administration are the first villains: A biology teacher’s son is mercilessly bullied, and is almost killed when the principal refuses to interfere.

To empower his son, the teacher develops a virus that amplifies testosterone – a bizarre choice of pseudoscience – to turn fear into super strength. This clearly codifies zombies as the rising masses failed by authority. If you’ll forgive the pun, nobody can control their faculties.

The problem is that the shambling pace and vacant minds of zombies make them inevitable, but often boring: The relentless monotony makes it difficult to sustain tension across 12 hour-long episodes.

Like many 21st-century zombie stories, All Of Us Are Dead literally ups the pace by having sprinting zombies.

A new twist is introduced halfway through: Some characters who get bitten can still speak and feel, gaining super strength and heightened senses. They make a complex metaphor for asymptomatic carriers.

The deepest conflict in All Of Us Are Dead is between students and authorities. Before the outbreak, the show frankly depicts bullying, sexual assault, suicide and teen pregnancy.

The school system is already broken: Zombies are just a catalyst for this to turn into conflict.

Choi Nam-Ra, one of the students, muses:

In a later episode, Choi Nam-Ra and her friends are fired upon by the military when a rescue mission is suddenly aborted by command.

Critics and fans have identified the overt parallels between the show and the 2014 Sewol Ferry tragedy, where the crew abandoned the capsizing ship and left the passengers, mostly high school students, to drown.

Horror uses colourful allegories to entertain, but it can speak truthfully to our emotions.

All Of Us Are Dead follows a formulaic zombie plot, but this allows the show to challenge us with complex emotional struggles.

As we know from the real pandemic, a crisis doesn’t happen when an idyllic world is shattered by a few bad actors: It happens when the collective pressure of ignored pain and complacency is pushed to breaking point.

Like all good zombie stories, All Of Us Are Dead was never about the zombies.