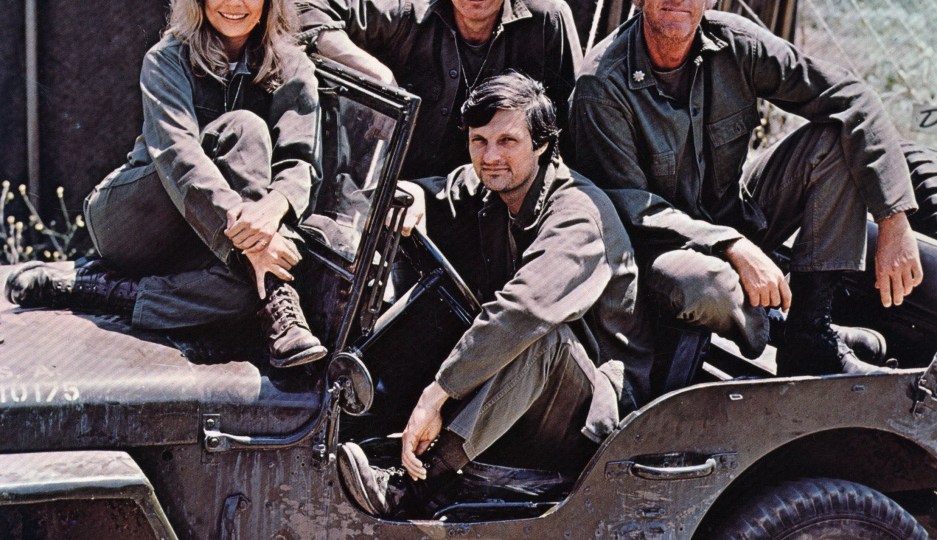 On this day 39 years ago, the finale of the immensely popular TV sitcom M*A*S*H aired, drawing a record 106 million viewers.

After 11 seasons, the beloved American war comedy-drama came to an emotional climax on February 28, 1983, when the final episode, Goodbye, Farewell and Amen, was played on CBS.

M*A*S*H, which follows an army surgical team during the Korean War, was honourably discharged with a poignant two-and-a-half-hour final episode that remains the most-watched TV finale of all time.

The record-breaking response to the tear-filled M*A*S*H finale has endured for decades, with the show holding the title of most-watched television broadcast in American history for 27 years – beaten only by the 2010 Super Bowl – and is still the most-watched episode of any television show to date.

The series finale chronicles the final days of the Korean War, with several storylines into the effects of the war on the characters of the 4077th MASH, as they prepare to go home.

Hawkeye Pierce is in a mental hospital after a horrific incident with North Korean refugees, while various staff and crew of the 4077th find themselves at a crossroads of what to do next.

BJ Hunnicut receives incorrect orders to go home early for his daughter’s second birthday, Father Mulcahy is injured but remains quiet to help North Korean orphans, Sherman Potter prepares for retirement and to leave his dear horse, and Margaret Houlihan is deciding whether to remain in the military or leave and continue her career in nursing.

The show peaked at 121.6 million viewers in the final six minutes, as Hawkeye returns to the 4077th after BJ supposedly left without saying goodbye.

Hawkeye scolds BJ for leaving earlier but the two embrace in an emotional farewell when the time comes for them to go their separate ways.

One of the most beloved scenes came in M*A*S*H‘s final moment, as BJ rides away on his motorcycle and Hawkeye boards and takes off in a helicopter, where Hawkeye sees BJ has used rocks to spell out a giant ‘Goodbye’.