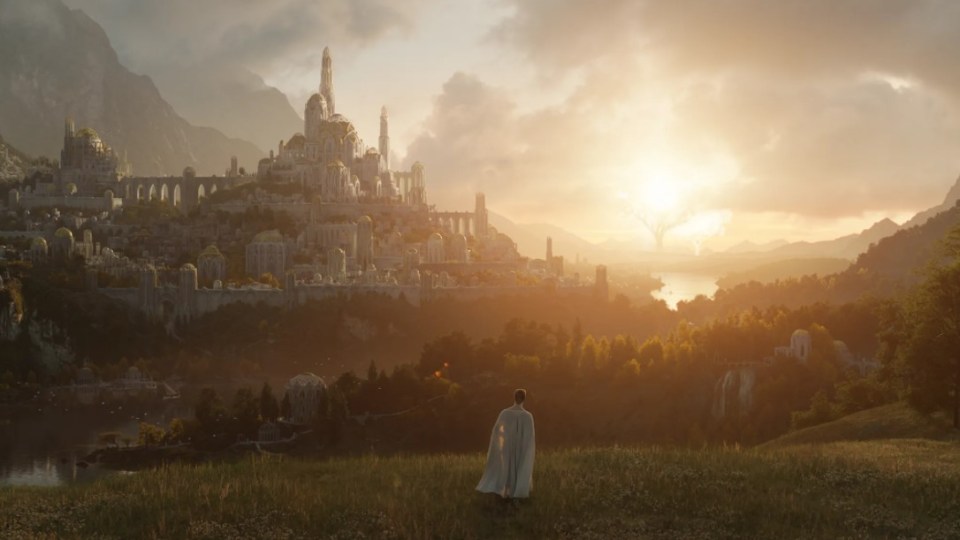 The new Lord of the Rings adaptation will delve into the Second Age of Middle-earth. Photo: Amazon Studios

Details of Amazon’s long-awaited adaptation of J.R.R. Tolkien’s Lord of the Rings have finally been announced.

The most expensive show of all time, titled The Rings of Power, is set thousands of years before the memorable tales of Frodo Baggins, Aragorn, Samwise Gamgee and the One Ring.

“The Rings of Power unites all the major stories of Middle-earth’s Second Age: The forging of the rings, the rise of the Dark Lord, Sauron, the epic tale of Númenor and the Last Alliance of Elves and Men,” showrunners JD Payne and Patrick McKay said in a statement on Thursday (AEST).

“Until now, audiences have only seen on screen the story of the One Ring — but before there was one, there were many … and we’re excited to share the epic story of them all.”

A short trailer announcing the series’ name shows the forging of the Ring of Power, with a voiceover by actor Morfydd Clark echoing part of Tolkien’s Ring Verse epigram.

The title confirms the series will follow Tolkien’s appendices added to the end of his trilogy, and potentially the concluding section of The Silmarillion — Tolkien’s incomplete collection of mythopoeic stories from Middle-earth’s second and third ages.

However, LOTR fans may be worried about the scarce details of the plot.

In 2017 it was confirmed the adaptation did not have permission from the author’s estate to use the source material from his most famous novel.

Nor will the series have any connection to Peter Jackson’s award-winning trilogy or Tolkien’s initial Middle-earth fairytale, The Hobbit.

According to Amazon’s synopsis, The Rings of Power will centre on the 20 rings of power, gifted by Sauron to the Elven Kings, Dwarf lords and mortal men, introduced to many for the first time in a monologue by Galadriel (Cate Blanchett) in Jackson’s Fellowship of the Ring.

“Beginning in a time of relative peace … [it will] follow an ensemble cast of characters, both familiar and new, as they confront the long-feared re-emergence of evil to Middle-earth,” it said.

Amazon’s adaptation reportedly cost almost $1 billion to produce, with an estimated $US465 million ($645 million) to create the first season, on top of the $US250 million ($347 million) bidding war to beat Netflix for the rights of the show.

The Lord of the Rings: The Rings of Power is set to premiere on September 2 on Amazon Prime